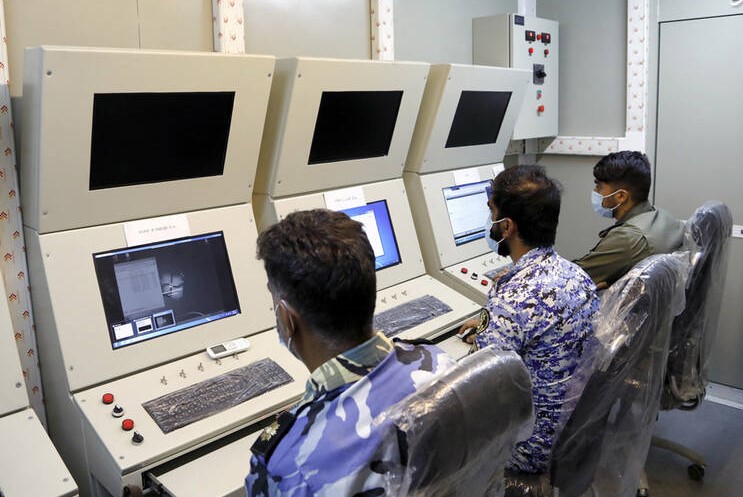 The four branches of the Iranian Army participated in the electronic drill called “Separ-e-Aseman 1400.” / Mashregh News

The Iranian Army has conducted a drill using electronic tools in the country’s central province of Isfahan and the Persian Gulf.

The four branches of the Army participated in the electronic drill called “Separ-e-Aseman 1400” (“Sky Shield 1400”) under the command of the Zolfaqar Tactical Base on May 25. Rapid reaction units and electronic warfare units of the Army’s Land, Air, Defense, and Naval forces examined offensive and defensive tactics in the field of electronic warfare using their latest achievements and combat capabilities.

The exercise aimed at monitoring the signals received from land and satellite stations, disrupting the aircraft operations, as well as using GPS equipment and the new systems installed on helicopters.

“The test of coordination, integration, speed, and operational accuracy between offensive forces, and tactical operations in preventing the detection, and monitoring of radar and telecommunications information by electronic warfare units stationed in the drill area was one of the most important achievements of this exercise,” he added.

Air Force Commander Brig-Gen Aziz Nasirzadeh said the warplanes and drones of the Air Force also joined the exercise. He stressed that “future wars will be mostly electronic and bearing this in mind, we will have a variety of electronic equipment in the Army’s Air Force, and we will install a range of electronic warfare equipment on a variety of aircraft.”

The surveillance of the USS Georgia (SSGN 729) submarine by Iranian drones in the Persian Gulf was also a part of the drill.

According to a report by Tasnim, one of the most important operations was the three-hour surveillance of the US Navy submarine while on exit from the Strait of Hormuz with drones participating in the exercises and sending images to the Command and Control Center of the joint drills.

On May 10, the US vessels escorting the USS Georgia fired 30 warning shots at the Iranian Islamic Revolution Guards Corps speed boats that had gotten “worryingly close” to them.