Iran Gravitates Towards China During High-Level Delegation To Beijing 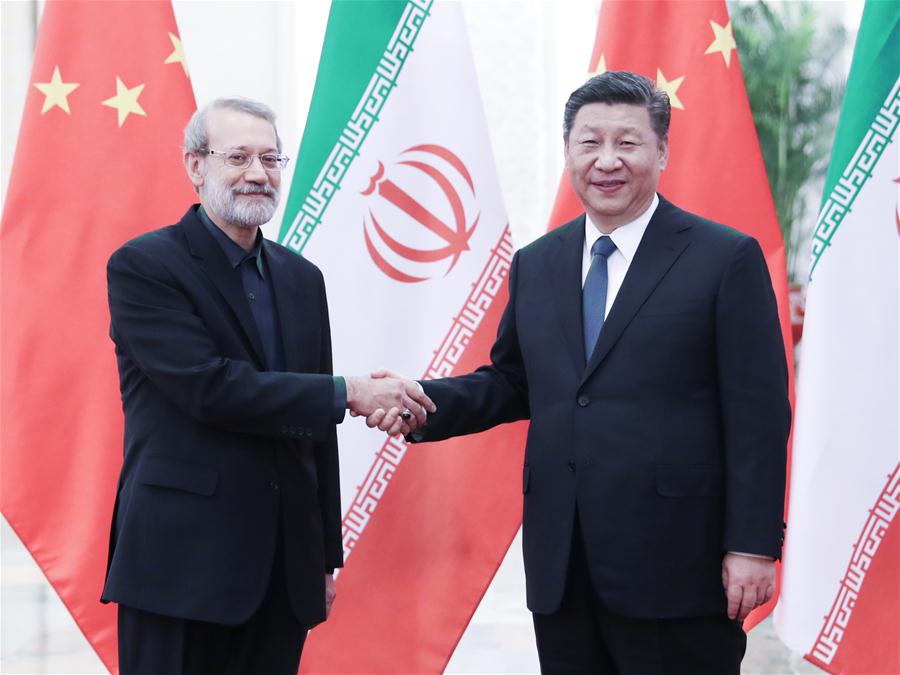 Iran has had decades of sour relations with the West and is under economic sanctions, especially those imposed by the United States. But that has not stopped Tehran from trying to broaden cooperation with other countries. China’s leader, Xi Jinping, recently said energy-hungry China is willing to develop and maintain a strategic partnership with the oil and gas giant in the Caspian region.

“No matter how the international and regional situation changes, China's resolve to develop a comprehensive strategic partnership with Iran will remain unchanged,” Xi told Iran’s parliamentary speaker Ali Larijani in Beijing on February 20, according to Xinhua.

Larijani reportedly described China as one of Iran’s reliable partners, saying, “the Islamic Republic of Iran is ready to develop cooperation with China, using its potential in various spheres like transport, construction and energy.”

The Iranian foreign minister, central bank governor, economy minister, oil minister, and a number of Iranian officials were accompanying the Iranian parliament speaker on his visit to China, from February 18-20.

In a meeting with Lee Shoe Young, chairman of the Iran-China parliamentary friendship group, Larijani said, “No country can damage Iran-China relations,” the Islamic Republic News Agency reported. He reiterated Iran’s support for and readiness to join China’s Belt and Road Initiative – a mega infrastructure project stretching across Asia, Europe and Africa.

Both countries have been the target of stepped-up economic pressure from the United States. In May 2018, the Trump administration withdrew from the 2015 Iran nuclear deal and unleashed what President Donald Trump calls the “toughest ever” sanctions on Iran. China, along with other parties to the deal, have repeatedly defended the deal and publicly expressed their intent to keep it intact despite American withdrawal.

“Our relationship with China is very valuable to us. We consider the comprehensive strategic partnership between Iran and China as one of our most important relations,” said the Iranian minister for his turn, according to Press TV.

Washington has been engaged in economic tensions with Beijing over the past months, in what observers fear could turn into an all-out trade war between the world’s two largest economies. Tensions escalated last year when the Trump administration applied tariffs on $250 billion worth of Chinese goods, while Beijing retaliated with its own duties on $110 billion worth of American merchandise.

The re-imposed American sanctions on Iran has compelled Tehran to shift more proactively toward deeper political and economic ties with Eastern powers. China stands out not only as Iran’s largest trading partner, but also as the top buyer of Iranian oil — and hence the key player in filling the vacuum left by a withdrawal of Western companies from Iran.