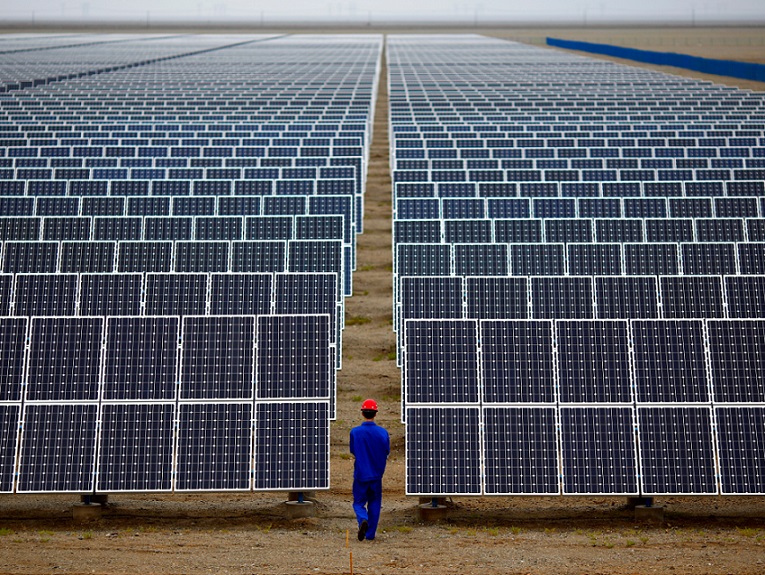 Annual sunshine duration in the country ranges anywhere from 1,575 total hours per year to 2,150 hours, or slightly less than that in Florida.

Despite sitting on one of the world’s largest reserves of fossil fuels, Iran is set to diversify its economy and invest in environmental-friendly energy sources. China, which is far and away the global leader in solar generation, will help Tehran launch a joint company for manufacturing solar panels.

On Sunday, Iran’s Industrial Development & Renovation Organization (IDRO) agreed with the Chinese Sunshine company and Hong Kong-based Konda Industry Co., Ltd to invest in a fully automated solar panel production project. Iran will have a 30 percent share in the company, while the rest will be equally divided between the other two companies.

The project is valued at $215 million, according to IRNA News Agency. The location of the future plant has not been specified.

“The goal is to create an appropriate industry, to use the country’s potential and activate the research and development unit related to this technology,” said Fardad Daliri, Deputy Director for Development of Advanced Industries and Energy Projects at IDRO.

This is not the first project to be launched by Beijing and Tehran, nor is it Iran’s first solar power initiative.

In 2016, China’s Shanxi International Energy Group voiced its readiness to construct photovoltaic power stations across Iran with a total capacity of 600 MW. The same company had built a 100 MW hydroelectric power plant in Iran in 2007, and is looking to start solar construction with a 50 MW capacity plant.

Iran has the world’s fourth largest proved oil reserves – roughly 158 billion barrels – and is considered one of the most energy intensive countries in the world, due to government subsidies for fossil fuels. At the same time, the country has been heavily dependent on natural gas to generate power, and government officials know that someday those resources will run out.

With its arid climate, the Caspian region country possesses several natural advantages for developing renewable energy resource sectors, and has been expanding the sector. Annual sunshine duration in the country ranges anywhere from 1,575 total hours per year to 2,150 hours, or slightly less than that in Florida.

In 2015, the government announced the construction of a solar plant built at a cost of $22 million in the Aras Free Trade and Industrial Zone, located in East Azerbaijan Province. 1,880 solar panels taking up an estimated area of 30,000 square meters are to churn out four MW of energy.

In 2016, Germany’s Athos Solar completed two solar plant projects near Tehran, having constructed two sites that produce around seven megawatts of electricity per year, while in April Iran launched a solar plant near the central city of Isfahan.

As the largest plant built to date in the country, it was constructed by Iran’s Ghadir Electricity and Energy Company and Greece’s Metka engineering firm. The plant has around 39,000 solar panels each, occupying an area of about 0.64 square meters. Electricity produced from the project is being sold to the Renewable Energy Organization of Iran, contracted for a period of 20 years.

Researchers from the Finland-based Lappeenranta University of Technology (LUT) believe that Iran has the capacity to build a 100 percent renewable energy system by 2030 at a cost of about $187 billion. In order to achieve zero carbon emissions, Iran would need to develop about 49 gigawatts, or 49,000 MW, of solar power; 77 gigawatts of wind energy, and 21 gigawatts of hydropower.