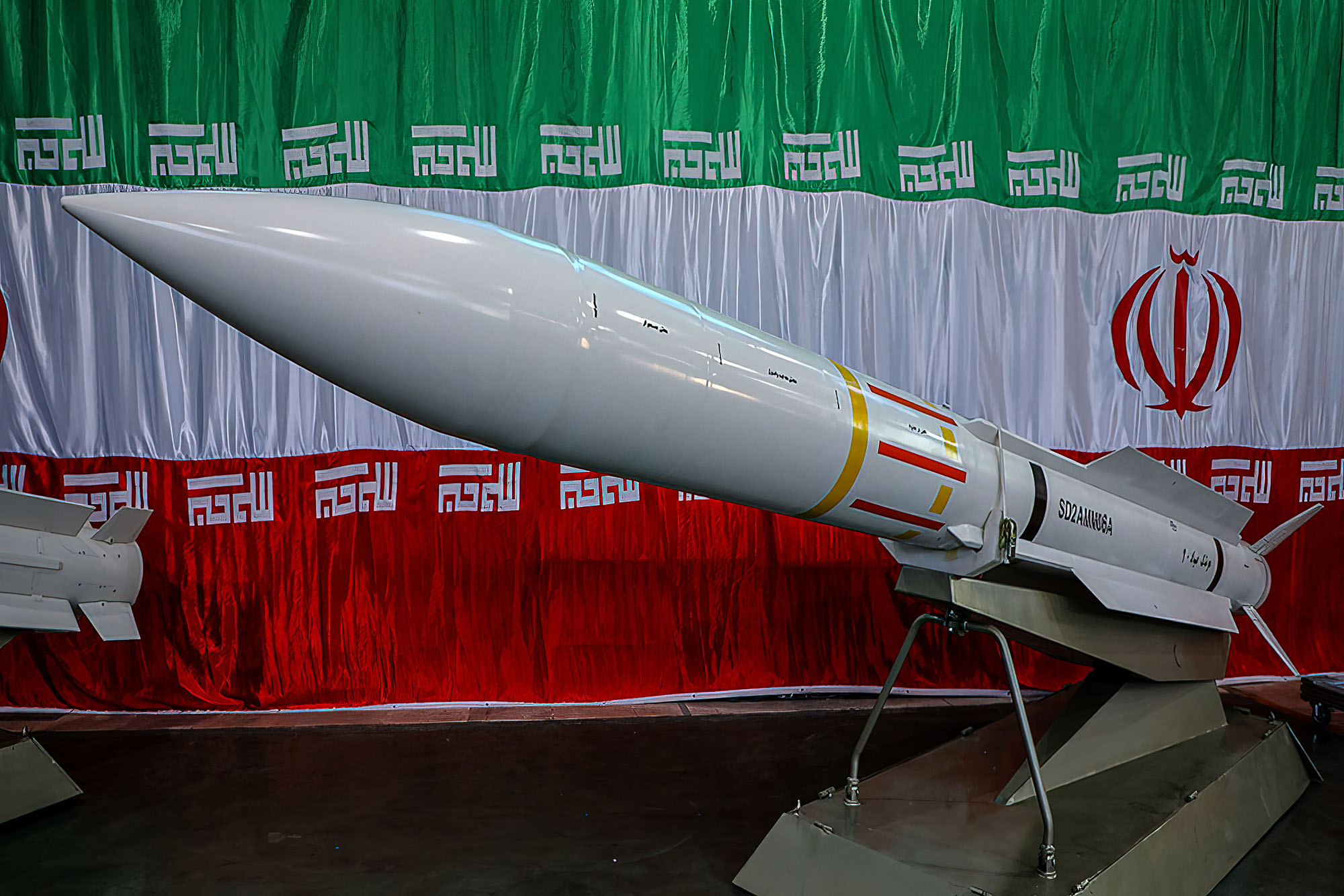 Hypersonic missiles, unlike the one above, can carry nuclear weapons on a complex path at more than five times the speed of sound, making them tough to intercept. / New York Post

“This missile can target the enemy’s anti-missile systems and is a great generational leap in the missile field,” Hajizadeh told reporters on November 10, according to the state news agency IRNA.

He added that "this new missile will pass through all missile shield systems, and I don't think that any technology will be able to counter it for decades."

The ballistic missile has a high velocity and can manoeuvre below and above the Earth’s atmosphere, Hajizade said.

The Aerospace Force of the IRGC has recently announced the successful launch of the Qaem 100 three-stage solid fuel suborbital carrier. Qaem 100, the first of its kind manufactured by Iranian scientists, is capable of putting satellites weighing up to 80 kilograms into orbit 500 kilometers from the earth's surface.

The launch vehicle’s solid-fueled first-stage engine, which had been subjected to ground tests earlier this year, completed its first suborbital spaceflight on November 5.

According to IRGC officials, “Qaem 100 is now ready to launch Nahid, a satellite manufactured by Iran's Ministry of Information and Communications Technology, into orbit in the near future."

In August, the Khayyam satellite which was built and launched by Russia on behalf of Iran, lofted into orbit from the Russia-controlled Baikonur cosmodrome in Kazakhstan. The Iranian Space Agency has said the satellite will be used for agriculture and water resources planning and the Russian embassy in Tehran said the spacecraft was devised for non-military purposes.

Iran says its satellite program, like its nuclear activities, is aimed at scientific research and other civilian applications. The United States and other Western countries fear the same long-range ballistic technology used to put satellites into orbit could also be used to launch nuclear warheads. Tehran has repeatedly denied having any such intention.

On November 6, the Iranian Army unveiled a new edition of Iran’s domestically-designed and manufactured missile defense system, Bavar-373, with an extended engagement range of 300 kilometers, called Sayyad 4B.

Referring to the missile system, Alireza Sabahifard, the commander of the Iranian Army Air Defense Force, said that the Bavar-373 missile system is capable of countering the fifth-generation fighter jets which have a low-observable Radar Cross Section (RCS).

At a recent unveiling ceremony, Iran's Defense Minister Brigadier General Mohammad Reza Ashtiani said that this defense system has the capability of detecting ballistic missiles, stationary aerial targets and all kinds of fighter and bomber planes.

Iran unveiled the state-of-the-art surface-to-air Bavar 373 missile defense system, designed and manufactured by the country's experts, in August 2019. It is a mobile missile defense system designed to intercept and destroy incoming hostile targets. The system is capable of simultaneously detecting up to 300 targets, tracking 60 targets at once and engaging six targets at a time.