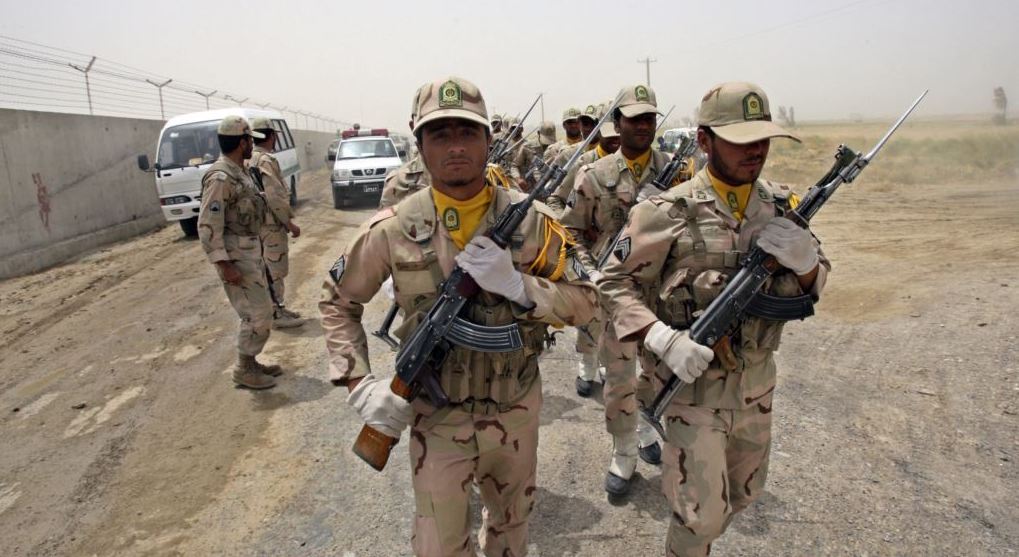 A group of Iranian border guards march at the eastern border of Iran shared with Pakistan and Afghanistan, near Zabol in Sistan-Baluchestan Province, on July 19, 2011. / Voice of America

The Iranian military forces have neutralized a “terrorist group” near the north-western border with Iraq.

According to the country’s Tasnim news agency, two members of the militant group were killed in an armed clash on Saturday. In addition, some weapons and ammunition were seized during the operation.

“Soldiers of the Islamic Revolution Guards Corps’ (IRGC) ground force from the Hamzeh Seyyed al-Shohada base clashed with a group of thugs and anti-revolutionaries who wanted to enter the country from Piranshahr border,” Tasnim reported on May 30.

Iran has recently accelerated the fight against terrorist groups in several provinces bordering Iraq and Pakistan.

The terrorist group neutralized in Sistan-Baluchestan is being accused of perpetrating a bomb attack in Saravan County on March 21. As a result of the blast, a 16-year-old was killed and several others injured.

Located near the border with Pakistan, Saravan had witnessed the deadly unrest in February when local fuel carriers reportedly clashed with security forces. In addition, Jaish al-Adl, a Salafi jihadist militant organization active in Sistan-Baluchestan, targeted IRGC members in early March. Jaish al-Adl draws support from some Baluch tribes residing in the province and across the border in Pakistan.

On May 20, Iran’s intelligence ministry announced that its agents have identified three spy networks in the past two months and arrested their members in West Azerbaijan Province. Those detained and neutralized reportedly had connections with Islamic State and Salafi-related militant groups.

“In the past 58 days, members of three spy networks that had entered the country to harm the Islamic Republic and destabilize Iran were identified and neutralized by the intelligence ministry agents,” the director-general of the intelligence department of West Azerbaijan Province said, according to the Mehr news agency.

He further said that the intelligence ministry agents arrested 28 people, adding that “two thugs in Urmia and two in Khoy were also killed for not surrendering law” during the clashes with the agents.