Iran Denies Use of Force in Border Incident With Afghan Migrants 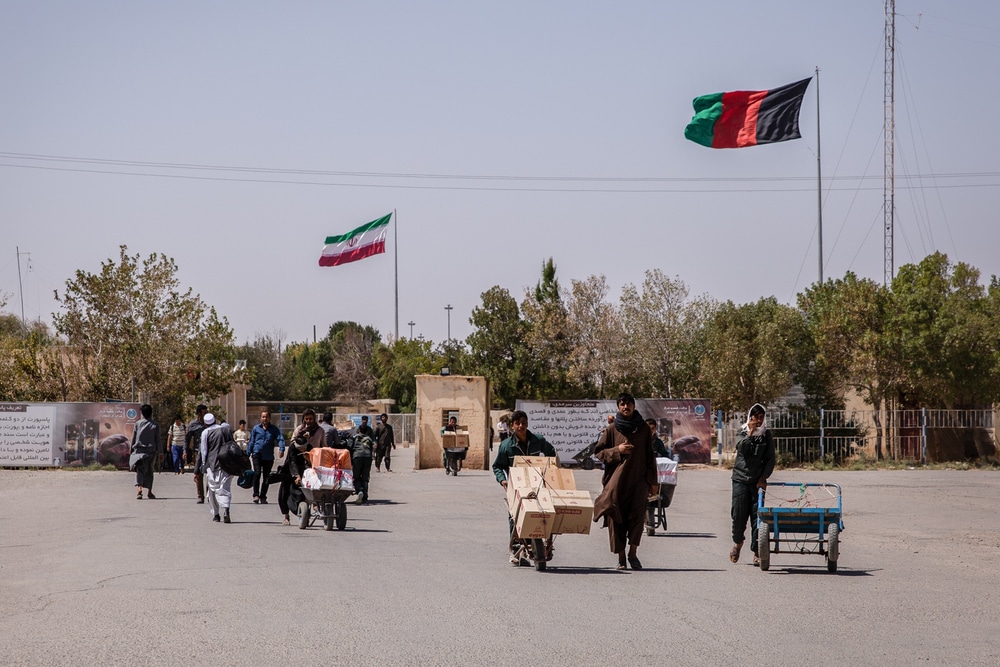 The Afghan government accuses the Iranian border guards of throwing 57 people into Harirod River at the Iranian border, which resulted in the killing of at least 23 of them. Meanwhile, the Iranian foreign ministry dismisses the allegations, saying the Afghan citizens were not on Iranian soil. / Khaama Press

The Iranian foreign ministry has dismissed reports of border guards using force as part of an attempt to send Afghan nationals back to their country.

“As earlier stated by various Iranian officials, the Islamic Republic strongly denies the reports that Iranian border guards have forced a number of Afghan citizens to cross Harirud River, causing an incident for them,” Seyyed Abbas Mousavi, a spokesperson for the Iranian foreign ministry, said in a statement posted on the ministry's website on May 6.

His comments came after a number of videos shared on social media purported to show Iranian border forces beating the Afghan migrants and pushing them into Harirud River located along Afghanistan-Iran border in the western Herat province. However, Afghanistan Times reported that 23 of the 57 migrants fell down as they had not been able to cross the river.

In an earlier statement on May 3, the ministry spokesman explained that “this incident has occurred on Afghan soil, and the Islamic Republic of Iran’s Border Police has denied that any happening in relation to this has taken place on the soil of our country.”

Meanwhile, Sediq Sediqqi, a spokesman for Afghan President Ashraf Ghani, described the incident as an “unforgivable crime”, saying that it was the "cruel and inhumane treatment" of the Afghani nationals that caused the drowning of some of the migrants.

The US Deputy Assistant Secretary of State for South and Central Asia, Alice Wells has called the event “horrifying” in a tweet. “Iran's cruel treatment and abuse of Afghan migrants alleged in these reports is horrifying. We support calls for a thorough investigation. Those found guilty of such abuse must be held accountable,” she was quoted as saying on May 5.

The Afghan Foreign Affairs Ministry in a statement said Afghanistan and Iran agree on a joint probe team to investigate the reports of mistreatment and in some cases "martyrdom" of Afghans in the border areas between the two countries.

Meanwhile, local officials in Herat have pledged to probe the incident. Some residents in Herat on Tuesday called for the perpetrators to be arrested and for justice to be served, according to the Kabul-based TOLOnews.

Footage received by TOLOnews shows local residents in the area recovering the dead bodies of those Afghans who were allegedly drowned by the Iranian security guards. Officials at Herat district hospital confirmed that some of the dead bodies of the presumed victims were transferred to their hospital.

Iran spends $8 billion on Afghan migrants every year in various spheres. Over 950,000 Afghan refugees reside in Iran. In addition, there are around 2.5 million Afghan nationals living in Iran, a figure that includes passport holders and undocumented individuals.

Due to rapid spread of COVID-19 in Iran, over 200,000 Afghans returned to Afghanistan in the last three months. As the country's economy has been crippled by the pandemic, some Afghans are trying to return to Iran in search of work.