Iran Denies U.S. Shot Down Drone Over Strait of Hormuz 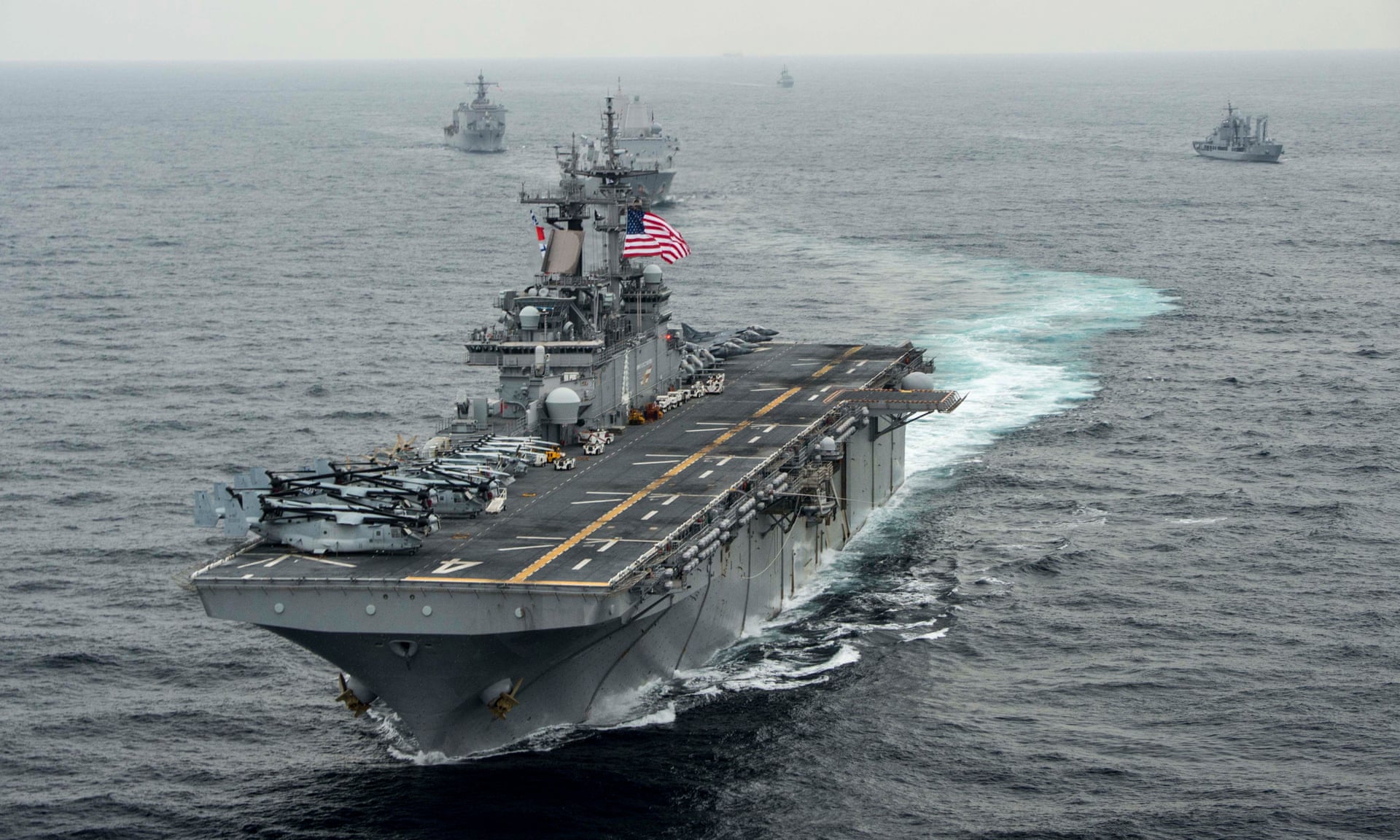 US President Donald Trump said the USS Boxer downed an Iranian drone that came within 1,000 yards of the U.S. Navy ship and ignored "multiple calls to stand down,” on July 17, 2019. / AFP/Getty Images

Iran’s military denies claims by the U.S. that the U.S. Navy has shot down a drone flying over the Strait of Hormuz, a vital waterway in the Persian Gulf through which much of the world’s oil passes.

“We will soon release drone footage of the USS Boxer, the American warship that [Trump] claimed to have shot down an Iranian drone on Thursday [July 18] in the Strait of Hormuz, in a bid to let the world’s public opinion know the allegation is groundless and a sheer lie,” the Islamic Revolution Guards Corps (IRGC) said in a statement on July 19, according to Tasnim news agency.

The IRGC maintains that its drone’s footage shows it successfully transmitted pictures of the American warship before and even after the time when U.S. officials, including President Donald Trump, claim the navy shot down the drone. Iranian officials say the drone returned to its base safely, unscathed.

The IRGC warned it would respond to any aggressive and unlawful moves by foreign forces that it finds to be in violation of international rules and regulations.

Speaking at the White House on Thursday, Trump said the USS Boxer downed an Iranian drone that came within 1,000 yards of the U.S. Navy ship and ignored "multiple calls to stand down.” The drone was "threatening the safety of the ship and the ship's crew" in the Strait of Hormuz and was "immediately destroyed," Trump said according to CNN.

Meanwhile, Iran's Minister of Foreign Affairs Mohammad Javad Zarif told reporters at the United Nations in New York, "we have no information about losing a drone.”

"We have not lost any drone in the Strait of Hormuz nor anywhere else. I am worried that USS Boxer has shot down their own UAS [Unmanned Aerial System] by mistake!"

A spokesman for the Iranian Armed Forces Brigadier General Abolfazl Shekarchi also rejected Trump’s claim, saying that "unlike Trump’s delusional and groundless claim, all drones belonging to the Islamic Republic of Iran in the Persian Gulf and the Strait of Hormuz, including the one mentioned by the U.S. president, have returned to their bases safe and sound after carrying out their scheduled surveillance and control operations.”

Iranian military officials have repeatedly stated that their drones are capable of flying over American naval vessels, even publishing videos that they alleged were filmed by drones flying over U.S. ships.

But an analysis by France 24 reportedly revealed that footage released in April, for example, was a hoax, claiming the videos released by Iran were pieced together from a mix of manipulated and old footage.

On June 20, the U.S. officials confirmed that an RQ-4 Global Hawk, said to be the largest drone in the U.S. military’s inventory, was brought down by a surface-to-air missile launched by the IRGC Air Force. That incident took place near the Kouh-e Mobarak region in Iran’s southern coastal province of Hormozgan. President Trump personally intervened in the response, ordering the U.S. military not to retaliate.