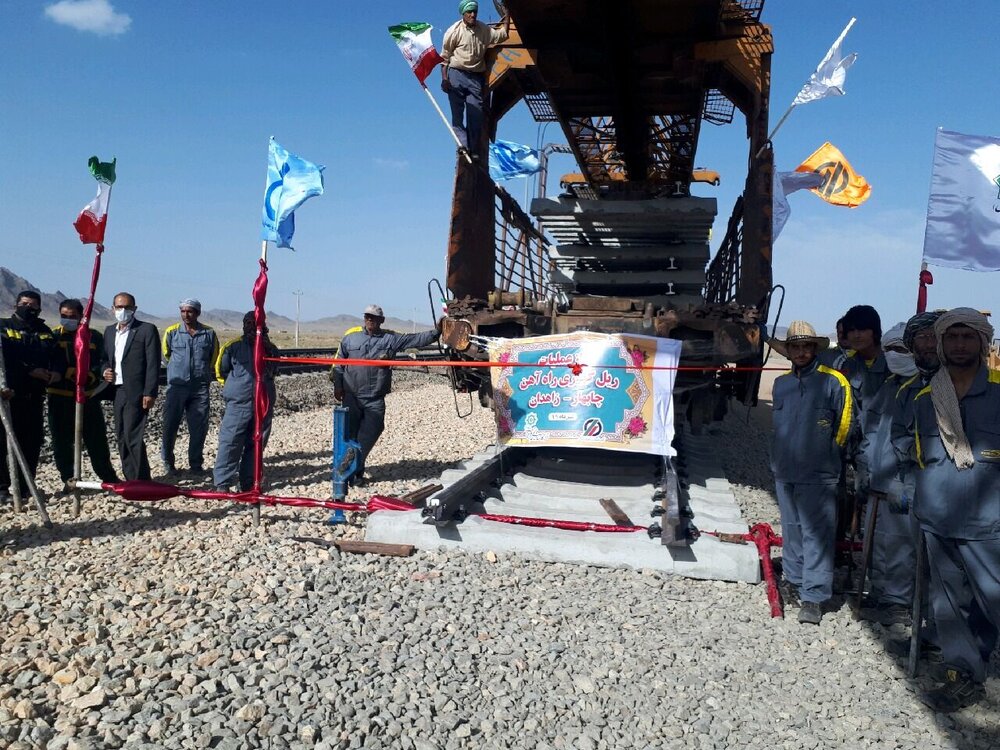 The track-laying operations of Chabahar-Zahedan railroad were started on July 7, 2020, and is planned to be completed by March 2022. / Tehran Times

Iran’s Ports and Maritime Organization has dismissed a report that New Delhi was dropped from the Chabahar railway project after it showed reluctance in investing due to the US sanctions.

“Iran has only signed two agreements with Indians for investment in Chabahar: one is related to port’s machinery and equipment, and another — to India’s investment to the tune of $150 million,” Iran’s Mehr news agency quoted Farhad Montaser, a Deputy Head for Ports and Economic Affairs at the organization, as saying on July 15.

He called the report ‘totally false’ saying that Iran has not inked any deal with India regarding the Zahedan-Chabahar railway, and added that sanctions have nothing to do with the cooperation between Iran and India in Chabahar.

“We had a list of Indian investments in Chabahar port, which also included the issue of Chabahar railway infrastructure and the railway, but during the negotiations, it was not agreed,” Montaser said.

Previously, Iran’s government announced its intent to move ahead with the construction of a railway line from Chabahar port to Zahedan without any assistance from India due to delay in funding. India has been dropped four years after the project was finalized as part of a broader trilateral agreement.

The project is expected come online by March, 2022, but will be completed without any assistance from India.

Iran plays an important role in India’s connectivity to Afghanistan via the Chabahar port along the coastline of Iran. Earlier last year, India took over operations at Chabahar, opening a new strategic route connecting Iran, India and Afghanistan, and bypassing India’s rival — Pakistan. Pakistan has been developing its Gwadar port with Chinese assistance. Chabahar is expected to help India gain access to markets in central and west Asia.

Indian Railways Construction Ltd (IRCON) had promised assistance to the railway line project besides financing worth $1.6 billion. However, the work was never started as the United States imposed sanctions on Iran.

In 2016, Iran and India signed a deal to equip and operate containers and multi-purpose terminals at Shahid Beheshti port in Chabahar with a capital investment of $85.21 million and an annual expenditure of $22.95 million on a 10-year lease.

Following the withdrawal from the 2015 Iran nuclear deal in May 2018, the United States pressured countries to reduce oil imports from Iran, threatening economic repercussions if they do not. This presented a problem for India, which was the second-largest Iranian oil buyer after China. It has limited its monthly purchases to 1.25 million tons, or 15 million tons per year (300,000 thousand barrels per day), after the US sanctions on Iran.