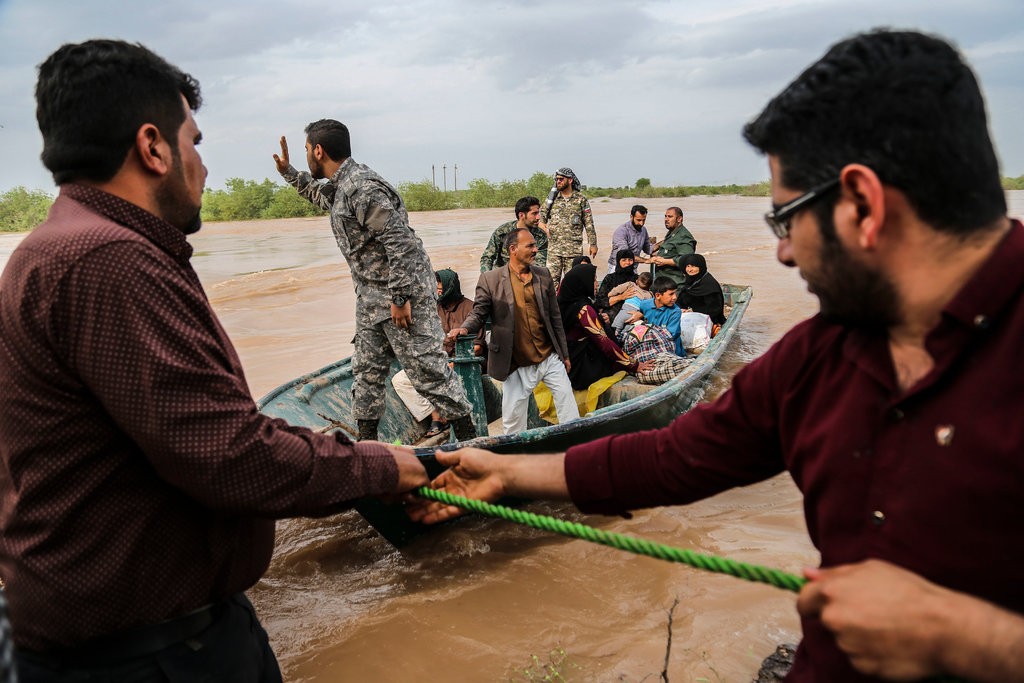 Iranian soldiers helping civilians in a flooded area near the city of Ahvaz, in Iran’s Khuzestan Province, on March 31, 2019. / AFP - Getty Images

A spokesperson from the National Iranian Gas Company has denied media reports that a gas pipeline had exploded in the western province of Lorestan on April 1 during massive flooding that rocked the country in late March.

“There was no explosion in the gas pipeline to Khorramabad, and effusion in this pipeline occurred after a rockslide. The leak in the pipeline has immediately been fixed,” Majid Boujarzadeh said in an interview with the oil ministry's news agency SHANA. He added that no explosion had taken place and, peculiarly, that the incident left no casualties.

Earlier several Iranian news websites quoted local officials as saying that a landslide had caused a pipeline explosion in western Iran, and that a fire following the blast was under control.

The pipeline carries gas to Khorramabad, the capital of Lorestan province in Iran, which suffered from devastating flooding that wiped out many villages. Inhabitants have been forced to evacuate after unprecedented levels of rainfall hit Iran shortly after the Nowruz holiday on March 21.

Three major floods hit Iran in the past two weeks after heavy rainfalls in the country, which had endured a prolonged drought until this year. The first flood struck the northeast on March 19 and the second hit the west and southwest on March 25, killing about 50 and injuring over 200 people.

Heavy flooding continued in Iran last week as many provinces faced days of waterlogged misery and authorities warned of possible floods in Tehran, as well the oil-rich south. Tens of thousands of people have been displaced, and thousands put in emergency shelters provided by the government.

The CEO of the Iranian Oil Terminals Company, Abbas Asadrouz, said on April 1 that safety conditions have been established at Iran’s oil terminals to ensure that there would be no interruptions in the country’s oil exports, Mehr News reported.

“According to the weather forecasts, the required measures have been taken to prepare for any event on the island [Khark] to ensure that there would be no interruptions in the country’s oil exports,” Asadrouz said.

Speaking to Shana, Abbasali Jafarinasab, the director of the Iranian Oil Pipeline and Telecommunication Company, said that Iran’s crude oil pipelines have not been damaged by recent flooding and added that the transfer of crude oil and petroleum products was being carried out without any trouble in the country.