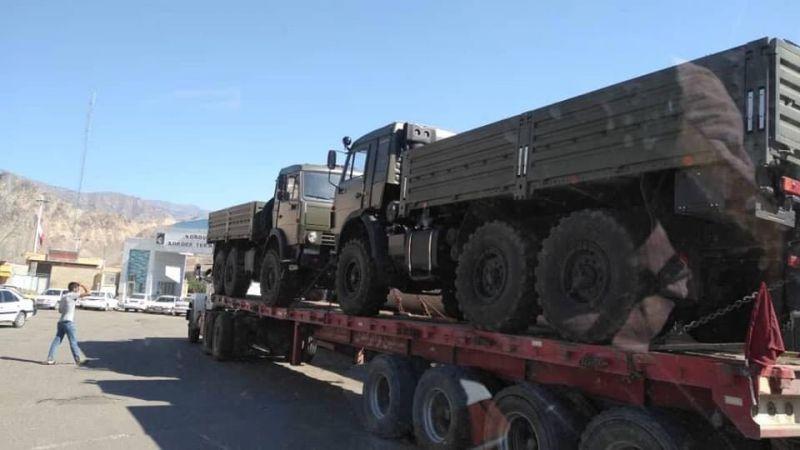 The Embassy of Iran in Azerbaijan has denied reports of facilitating the delivery of weapons and military equipment from Russia to Armenia through Iran. / Aztoday.az

The Iranian Embassy in Baku has refuted reports circulated by Azerbaijani media suggesting that Russian arms were transferred to Armenia through Iran.

“This information was disseminated by hostile and opposition groups who are against close ties between the Islamic Republic of Iran and Azerbaijan Republic, in order to disrupt the growing friendship and cooperation between the two countries, and this information is far from reality” the embassy said in a statement on September 7 carried by state-run Islamic Republic News Agency (IRNA).

The statement came in response to the information by some media outlets, which mentioned that Russian weapons and military equipment bound for Armenia were delivered through Iran’s Norduz border point.

In June, former Azerbaijani foreign minister, Tofig Zulfugarov, also accused Iran of transferring Russian weapons to Armenia. "If military cargo is transported by plane, a declaration and a document about weapons and their final destination must be submitted. This is a requirement of international law. We see that during these years, military activity and cooperation has been carried out through Iran,” he said in an interview.

“Of course, now it is said that roads and bridge are being built in the occupied territories of Azerbaijan. We should not forget that military cargo has been delivered to Armenia via Iran for many years. They have made full use of the roads so far," Zulfugarov added.

Armenia and Azerbaijan have been locked in a decades-long conflict in the South Caucasus that began after Armenia launch an armed attack on internationally-recognized Azerbaijani lands following the dissolution of the Soviet Union in 1991. The full-scale war lasted until a ceasefire was reached in 1994. Since then, Armenia has illegally occupied the Nagorno-Karabakh region and seven surrounding districts, making up 20 percent of Azerbaijan's internationally-recognized territory.

Tensions between the two countries remain high after Armenia's heavy artillery fire on Azerbaijani positions stationed in the Tovuz region on the border with Armenia on July 12. The four-day war claimed the lives of 12 Azerbaijani servicemen, including one general, and a civilian.

Azerbaijan uncovered regular flights from Russia to Armenia, both during and after the border clashes. On August 12, President Aliyev voiced his concerns over such arm deliveries during a phone call with his Russian counterpart Vladimir Putin.

According to the Baku-based website 1news.az, Russian military cargo planes were forced to make a detour on their way to Armenia after Georgia refused to give them permission to use its airspace between July 17 and August 6. The Il-76 heavy cargo-carrying aircrafts were forced to take a much longer route stretching from the cities of Rostov and Minvody in Russia, to the cities of Aktau in Kazakhstan, Turkmenbashi in Turkmenistan and Nowsher in Iran. The last leg of the flight covered Armenia's southern town of Meghri, near the border with Iran, to its capital Yerevan.