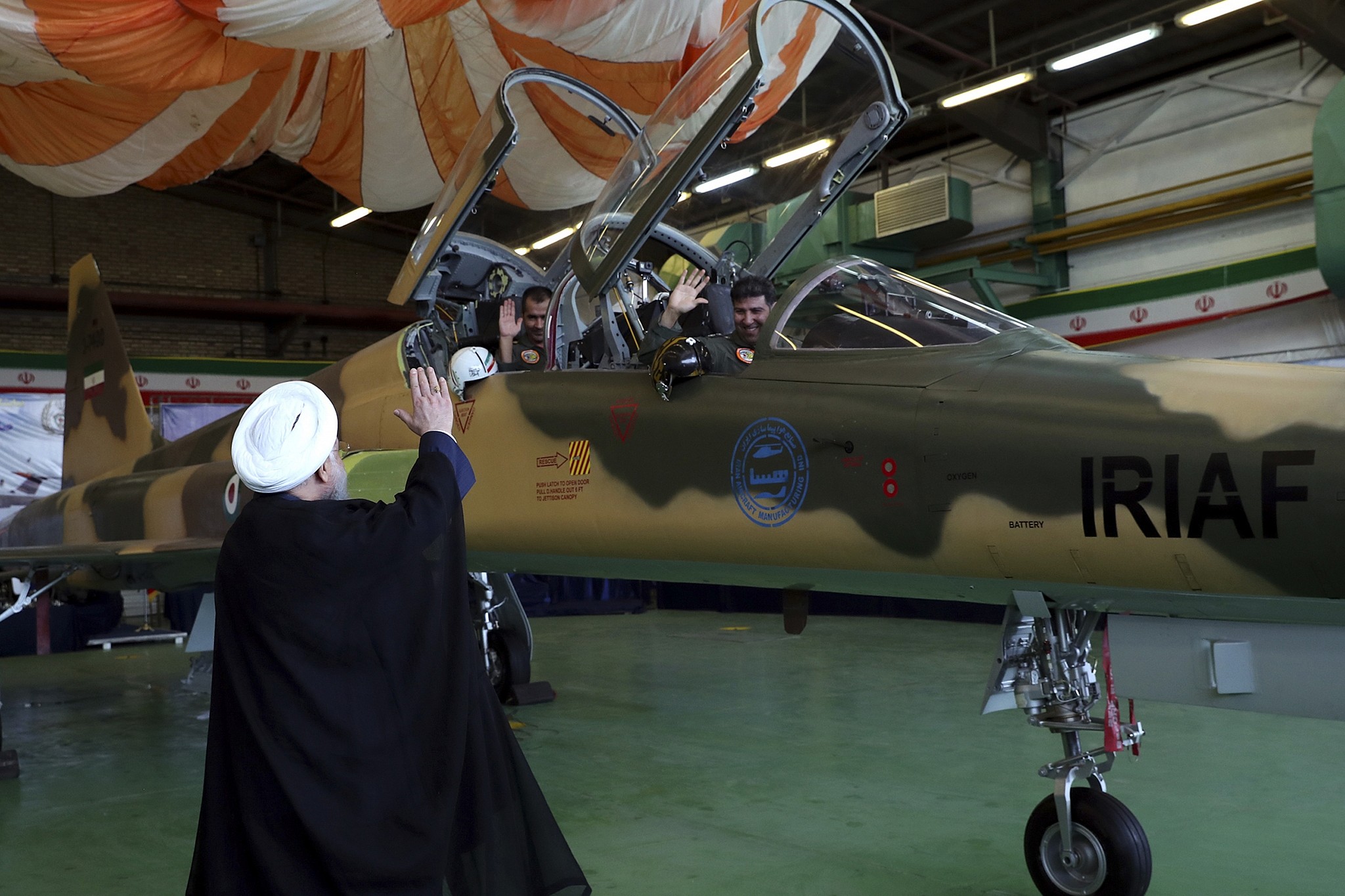 Iranian President Hassan Rouhani waves to the pilots of a fighter jet, before an inauguration ceremony of an aircraft, Iran, on August 21, 2018. / president.ir

An Iranian deputy defense minister has said that the ministry plans to manufacture civil aircraft as the government looks to expand its partnership with the private sector.

“In the field of aerospace and automotive industries, we [Iran’s Defense Ministry] have tried to help the prosperity of these two industries with technological assistance and meeting the needs of automakers,” Deputy Defense Minister for Parliamentary Affairs Brigadier General Reza Talaei-Nik said at a press conference during a technological exhibition on March 8.

“So far, we have provided good assistance to automakers and also entered the field of launching a civil aircraft production line. Appropriate projects and plans in the field of aircraft manufacturing are being pursued and their results will be announced,” he added.

Due to US sanctions, Iranian experts have been trying to meet all defense needs by relying on domestic capabilities. The US accuses Iran of making new planes that reportedly just mock-ups or changed versions of outdated planes. When the US withdrew from the Iranian nuclear deal in May 2018, the mechanisms for American and European firms to deal freely with Iran in high-technology products like modern airline aircraft were once again blocked.

Iran performs the servicing and overhaul of its fleet of airplanes, both military and civilian. Iran Aircraft Industries (SAHA) mainly overhauls and inspects different types of airplanes and engines of military and cargo planes. The overhaul is important for Iran, as about 90 percent of the country’s defense equipment is domestically manufactured.

On Monday, the commander of the Iranian Army's Air Force, Brigadier General Aziz Nasirzadeh, referred to the construction of manned and unmanned aircraft, as well as smart ammunition in Iran, saying that "manufacturing advanced UAVs, while observing requirements of international standards, is a sign of the full authority of Iranian Air Force."

The Iranian military forces have in recent years made great steps in manufacturing a broad range of military equipment. In a ceremony on March 7, Iran’s Defense Ministry unveiled the MASAF assault rifle, two Hoomak shotguns, Sorena-2 shotgun, Arta air rifle, Tooka air rifle and PCP air rifle, which were designed and manufactured by Iranian experts. The MASAF assault rifle is chambered in the 7.62×51 mm round and cooled by air, according to Mehr news agency.

Iran’s Navy Commander Rear Admiral Hossein Khanzadi recently announced that the first domestic-made hovercraft of the country will join the navy fleet in the coming months. "Today, all surface and submarine units of the Navy are equipped with indigenous missiles, and missiles with vertical launching capability will be installed and operated on the surface vessels soon," he said.