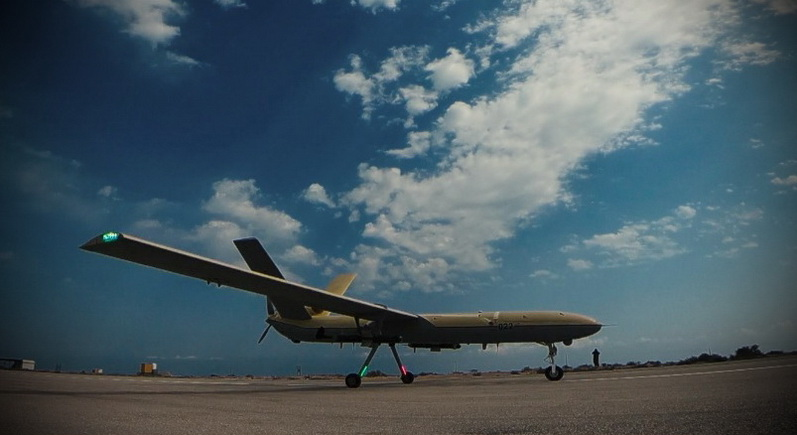 The Islamic Revolution Guards Corps (IRGC) carried out offensive-combat drone exercises in the Persian Gulf along the coastline of southern Iran, on March 14. / Fars News Agency

The Islamic Revolution Guards Corps (IRGC) carried out offensive-combat drone exercises in the Persian Gulf along the coastline of southern Iran, on March 14.

During the wargame, codenamed “Ela Beit ul-Muqaddas-1” (meaning Towards Jerusalem -1), the IRGC Aerospace Force flew unmanned aerial vehicles toward a target on a small island in the gulf. All of the aircraft used in the war game successfully bombed the target at the same time, according to Iran’s Fars news agency.

The massive military exercise was aimed at testing and showcasing the capabilities of dozens of locally-made unmanned aerial vehicles (UAVs), armed drones, which were launched from bases as far as 1,000 kilometers away from the target located at Bani Farur island in Iran’s territorial waters in the Persian Gulf.

The drills involved dozens of RQ-170 stealth UAVs that Iran has reportedly manufactured based on a model of a United States Sentinel drone it reportedly captured unharmed in 2011. The 50 domestic RQ-170 drones and other combat and assault pilotless planes attacked targets located on Bani Farur Island in Iran’s territorial waters in the Persian Gulf.

Speaking on the sidelines of the military drill, General Amir Ali Hajizadeh, commander of the Aerospace Force of the IRGC, claimed Iran had the largest armed UAV fleet in the region, and added that IRGC has also employed a number of drones similar to the American MQ-1 Predator. He described the breakthrough as a “slap in the face of the U.S. and a reminder that the huge US military spending in the region produces such results,” Fars reported.

It is the first time that the armed forces test the performance of such a high number of offensive drones during a combat-offensive operation, which saw the aircraft fly simultaneously at a distance of over 1,000 kilometers from the hostile targets before approaching and striking them at a specific time.

In December 2011, Iran reportedly grounded a U.S. RQ-170 Sentinel using electronic warfare techniques, as the stealth aircraft was flying over the Iranian city of Kashmar near the Afghan border. Within the span of just a few years, Iran unveiled its own RQ-170 drone manufactured by reverse-engineering what is a Lockheed Martin-produced Sentinel.

General Hajizadeh said in November 2018, that Iran currently possesses the biggest collection of captured or downed American and Israeli drones, including the American-made MQ1, MQ9, Shadow, ScanEagle and RQ-170, as well as the Israeli drone called Hermes.

Hermes was reportedly intercepted and shot down in October 2014 by IRGC forces while on its way to the Natanz nuclear facility in the Iranian central province of Isfahan.

Iran’s various drone models, many still under development, include the Karrar, Mohajer, Fotros and Saegheh.