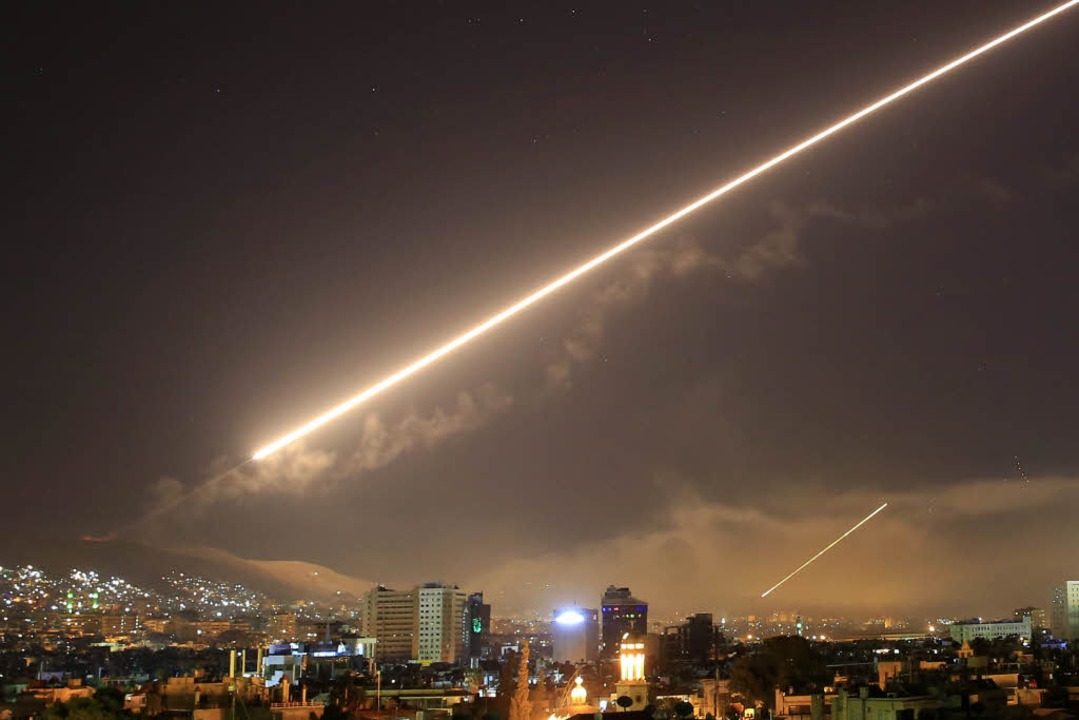 Top Iranian officials condemned the recent coordinated air strikes on Syria by the American, British and French forces, warning that the attacks could have repercussions in the region and beyond.

On April 14, collation forces launched rocket attacks on Syrian government facilities believed to be the location where chemical weapons are produced. Over 100 missiles were fired on Syria, most of which local news reported were shot down by Syrian air defenses.

“I, unequivocally, declare the President of the United States, the French President, and the Prime Minister of Britain as criminals. They have committed a crime. Of course, they will benefit from none of these attacks,” Khamenei said, according to his official website.

In a phone conversation with Russian President Vladimir Putin, Iranian President Hassan Rouhani called the recent operation, “an act of aggression, and aimed at lifting the spirit of the defeated terrorists.”

“This act of aggression by the U.S. has proved that they have a direct relationship with the terrorist,” Rouhani said.

According to a statement published on April 14, Iran’s foreign ministry strongly condemned the attack.

“The U.S. and its allies are responsible and should be held accountable for the consequences of this adventurism both in the region and beyond as they have taken military action against Syria and put themselves in the position of the global judge and police.”

“Wait for the repercussions of its attack on Syria,” Javani said. “If the Americans think that with the Al Saud money they can lessen the damage [suffered] and continue their interventionist moves, they are certainly wrong and such moves pave the way for the US to suffer harm in the future,” he added, referring to the Saudi royal family, which spends billions on arms purchased from the U.S.

“The countries that have caused this tragedy and committed this crime have no right to interfere in the Syria issue without documented evidence and the approval of the representatives of the Organization for the Prohibition of Chemical Weapons,” Iran’s Foreign Ministry Spokesman Bahram Qassemi said while addressing a weekly press conference on Monday.

On Wednesday, a delegation from Iran's Parliament National Security and Foreign Policy Commission will visit Syria for two days in order to assess the actions taken by western powers over the weekend.

Despite the push-back from Tehran, western allies, including NATO, are defending the airstrikes.

“This operation was aimed at reducing the ability of Damascus to use chemical weapons, the United Nations' investigation of the chemical weapons use was impeded by Russia,” said NATO Secretary General Jens Stoltenberg.

“This is a clear signal to the Assad regime, Russia and Iran,” Stoltenberg said, according to Sputnik.

Russia and Iran have been major players in Syria, since civil war broke out during the ‘Arab Spring’ in early 2011. Russian and Iranian militaries have helped keep Syrian President Bashar Al Assad in power, despite various rebel groups and the Islamic State terrorist outfit fighting against his regime.

Russia, Iran and Turkey have tried to broker peace deals with rebel forces in an effort to pave the way for ending the over seven years of war.