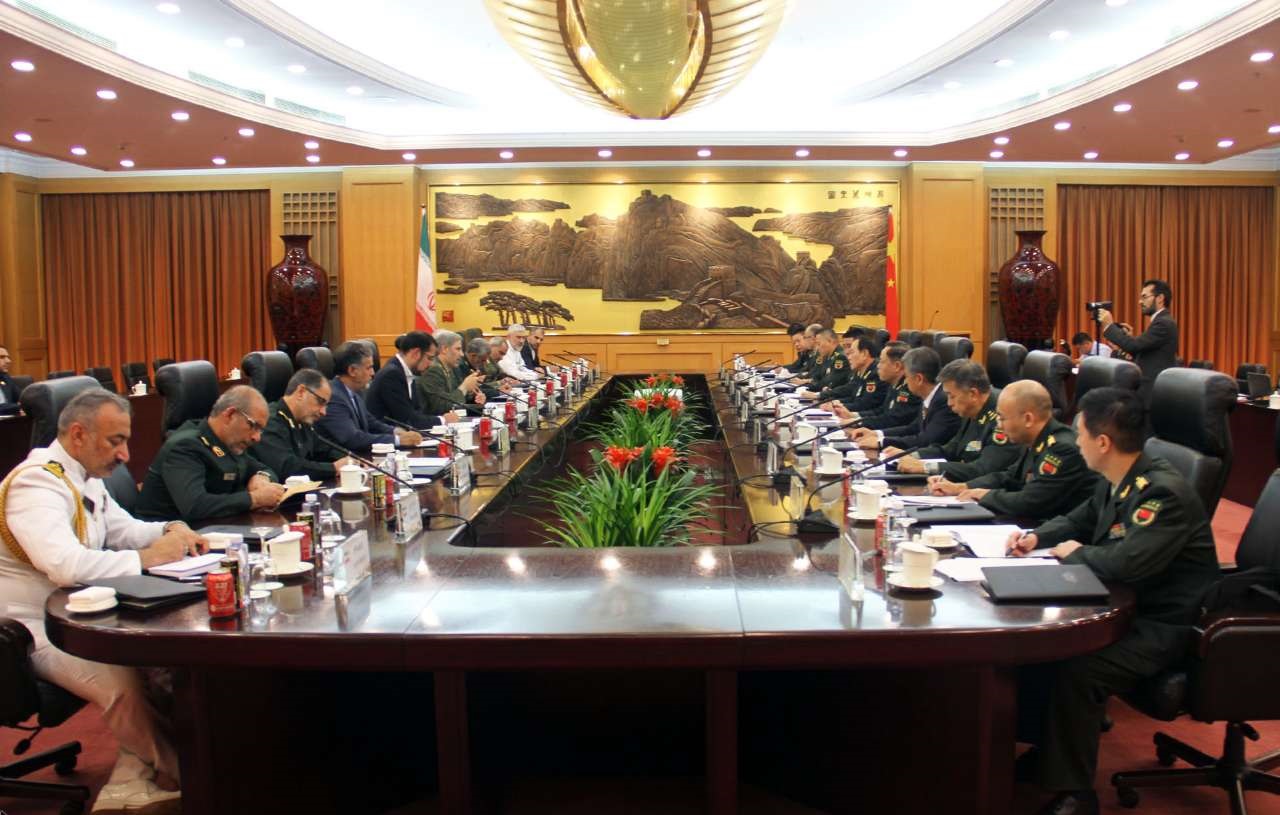 Iran's Defense Minister Brigadier General Amir Hatami arrived in Beijing on September 6 as the head of a high-ranking delegation, in response to an invitation from his Chinese counterpart. / IRNA news agency

China and Iran are not taking perceived threats by the United States lightly, and both have agreed to cooperate militarily.

"The relations between the armed forces of China and Iran are developing positively. Beijing is ready to strengthen the strategic communication with Tehran, expand the spheres of cooperation, achieve new fruitful results of cooperation between the two armies and thereby contribute to the development of a comprehensive strategic partnership of the two states," China’s Defense Minister Wei Fenghe said on Saturday, at a meeting with his Iranian counterpart, according to the Islamic Republic News Agency (IRNA).

Iran's Defense Minister Brigadier General Amir Hatami arrived in Beijing on September 6 as the head of a high-ranking delegation, in response to an invitation from his Chinese counterpart. The purpose of the trip centered on a defense agreement inked in November 2016 that has slowly come to fruition.

Hatami said that Iran attaches great importance to relations with China and with the Chinese People's Liberation Army, and appreciates the important role played by China in maintaining international and regional peace and stability.

Prior the meeting, the Iranian defense minister held talks with the vice chairman of the Central Military Commission of the Communist Party of China, General Zhang Youxia, where they discussed, “important regional and international developments, including the US's repeated violations of international law and norms that have created anxiety in the whole world,” according to reports by IRNA.

“Iran and China are concerned about the regional conditions, and especially the crises created by the US in the Southeast and West Asia regions,” Hatami told IRNA before leaving Beijing on September 8.

Hatami also paid a visit to the Beijing-based Astronaut Research and Training Center of China, where he was briefed on a space station project that is planned to be launched in 2020.

In June of the following year, the Chinese and Iranian navies held a joint naval exercise involving an Iranian destroyer, two Chinese destroyers, and some 700 Iranian navy personnel in the eastern portion of the Strait of Hormuz and the Sea of Oman. The military drill came at a time of heightened tension between the Iranian and U.S. military in the Gulf, as the U.S. navy has accused the Iranian navy of sending fast-attack boats to harass warships as they pass through the Strait of Hormuz.

For the first time, two Chinese warships docked at Iran’s Bandar Abbas port to take part in a joint naval exercise in the Persian Gulf, in 2014.

China is one of the major suppliers of advanced weapons to Iran, including anti-ship cruise missiles, and has reportedly assisted Iran’s development of land attack cruise missiles.

At the same time, China is the biggest oil customer of Iran, supplying Asia’s largest economy with eight percent of its gas and oil needs. In 2017, trade between Iran and China grew by 22 percent compared to 2016 figures, reaching about $40 billion.

Russia Closes Borders Until May, Due To COVID-19

As the coronavirus known as COVID-19 continues to spread, Russia is following Europe’s lead and c...