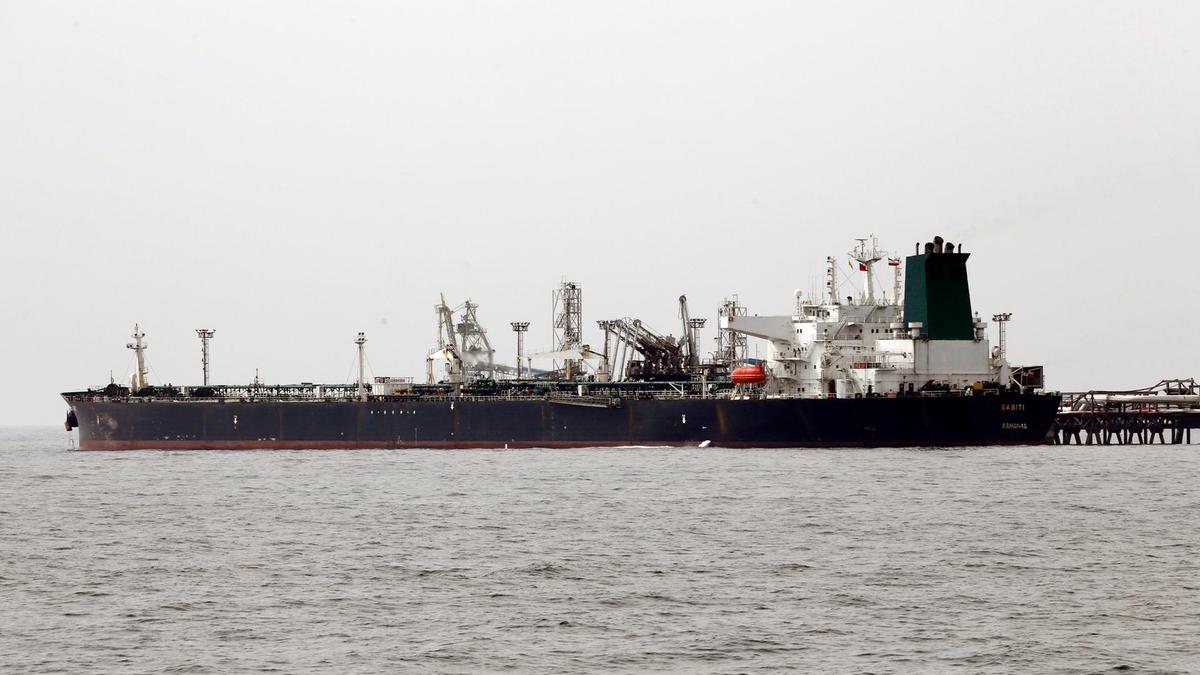 An Iranian tanker docks at an oil facility on Kharg Island in the Persian Gulf. / AFP

The Iranian media claims that the U.S. Navy has sent its patrol aircraft and four warships to the Caribbean region for a possible confrontation with a group of Iranian super-tankers heading to Venezuela.

"If the United States, just like pirates, intends to create insecurity on international waterways, it would be taking a dangerous risk and that will certainly not go without repercussion," the website of the Islamic Republic of Iran Broadcasting (IRIB) reported early on Saturday.

These reports came after the remarks of a senior official in the U.S. president’s administration who said on condition of anonymity on May 14 that the United States was considering measures it could take in response to Iran’s shipment of fuel to crisis-stricken Venezuela.

According to vessel-tracking data, the Iran-flagged medium tanker Clavel passed the Suez Canal after loading fuel at the end of March at Iran’s Bandar Abbas port. The shipment could help ease an acute scarcity of gasoline in crisis-stricken Venezuela, and it marks the latest sign of cooperation between the two OPEC states, whose oil industries are subject to U.S. sanctions.

Four other vessels of the same size, all of them flagged by Iran and loaded with fuel at or near Bandar Abbas, are about to cross the Atlantic Ocean after passing Suez.

“I hope it helps mitigate the shortages, but the gasoline problem in Venezuela is structural, not temporary,” Luis Stefanelli, a Venezuelan lawmaker, and a member of the National Assembly’s energy committee said.

Starting from January 2019, the United States applied additional economic sanctions on the petroleum, gold, mining, food, and banking industries. As of March 2018, 78 Venezuelans associated with Venezuelan President Nicolas Maduro had been sanctioned by several countries. Through April 2019, the U.S. has sanctioned more than 150 companies, vessels, and individuals, in addition to revoking visas of 718 individuals associated with Maduro, as part of Trump administration efforts to oust Maduro.

The sanctions were in response to repression during the Venezuelan protests in 2014 and 2017, and activities during the 2017 Venezuelan Constituent Assembly election and the 2018 Venezuelan presidential election.

Venezuela’s 1.3 million-bpd refining network has all but collapsed due to under-investment and lack of maintenance. The South American country is in the grips of a major gasoline shortage as refineries are unable to operate at run rates higher than 10 percent because of a shortage of materials necessary for the production of fuels as well as an urgent need for repairs.

In April, Iran sent to Venezuela two planes loaded with equipment and chemicals necessary for the production of gasoline as it agreed to help Caracas restart one refinery, with a capacity of 310,000 bpd. In addition, 14 more flights were scheduled to arrive from Iran to Venezuela, some of them carrying refinery technicians.