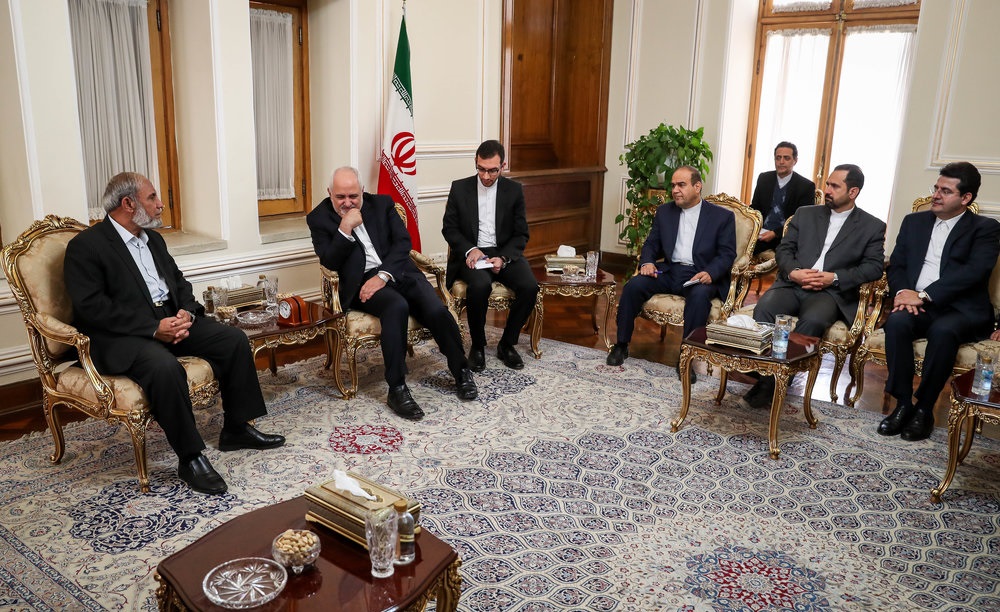 Iranian Foreign Minister Mohammad Javad Zarif expressed his country's readiness to support Palestine, during a meeting with Mahmoud al-Zahar, the co-founder of Hamas and a member of the Hamas leadership in Gaza, held in Tehran on December 23, 2018. / Mohammadreza Abbasi / MEHR News Agency

The Iranian foreign minister has called on Muslim countries around the world to unite on the issue of supporting Palestine, in a meeting with a senior official of Hamas, the Palestinian Islamist organization that controls the Gaza Strip.

“Muslim countries, despite some differences, should unite on the issue of supporting Palestine in order to prevent abuses,” Mohammad Javad Zarif said in a meeting with a visiting delegation of the Hamas faction in the Palestinian parliament headed by former Hamas foreign minister, Mahmoud al-Zahar on December 23.

Al-Zahar is a co-founder of Hamas, which has been on the U.S. State Department list of Foreign Terrorist Organizations since 1997.

“Unfortunately, efforts to counter the Resistance movement are made from inside the Muslim world today,” Zarif said according to the foreign ministry’s website. “These pressures are also placed on all countries and Muslim movements.” Zarif expressed hope that regional governments that have pinned their hopes on the support of Israel and the U.S. would return to the Muslim world – possibly a veiled message to countries like Egypt, Jordan and Saudi Arabia, which have either official relations with Israel or reportedly back-channels that are not recognized publicly.

For his part Al-Zahar, who is the head of Hamas' parliamentary bloc, said that Iran provides Palestine with “true support,” and he expressed his wish that the resistance of the Palestinian people and the support of the Muslim world “would bring an end to the Zionist project,” meaning the end of Israel as a state.

Al-Zahar pointed to a plan by the president of the Palestinian Authority Mahmoud Abbas to dissolve parliament. He said that according to the Palestinian constitution parliament should not be dissolved under any circumstances, even in an emergency situation, until its term is finished. Abbas had recently announced that he will implement a court order to dissolve the defunct parliament controlled by the rival Hamas movement.

During his visit to Tehran, al-Zahar met the Secretary General of the Supreme National Security Council of Iran Ali Shamkhani and the speaker of Iran’s parliament, Ali Larijani, as well as Ali Akbar Velayati, a top foreign policy adviser to Iran’s Supreme Leader, Ayatollah Ali Khamenei.

The Palestinian Legislative Council (PLC) has been divided since Hamas wrested control of Gaza after fighting with pro-Abbas forces in 2007, a year after it won parliamentary elections. PLC’s laws are limited to the Hamas-controlled Gaza Strip, which is bordered by Israel, Egypt and the Mediterranean Sea, while the West Bank is under the control of the Palestinian Authority, which Abbas chairs.

On December 22, Hamas slammed Abbas’ dissolution plan, saying the move will only add to the internal divisions between the Palestinian factions and bring about more chaos.

During the Islamic Solidarity Conference held in Tehran in November, Ayatollah Mohsen Araki, who heads the World Assembly of Solidarity Among Muslim Sects, said that Iran will “sponsor” families of Palestinians killed this year in clashes with Israeli forces.

Araki’s announcement highlights Iran’s desire to expand influence in Gaza, widely seen as a continuation of Iran’s rapprochement with Hamas that has been ongoing for over a year. Prior to this period, tensions between Tehran and the Palestinian group ran high due to Hamas’ refusal to back President Bashar Al-Assad’s regime in Syria. Complicating matters further was the fact that Hamas has supported the Syrian opposition. Meanwhile, Iran and Hezbollah, the Lebanese militant group, continue to support the Assad regime.

The United States Ambassador Nathan Sales, a coordinator for counterterrorism at the Department, said in November that Tehran gives Hamas and other Palestinian militant groups $100 million a year and spends about $700 million a year on Hezbollah. 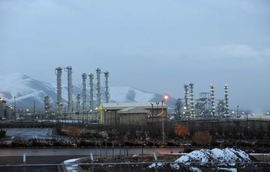 A Russian envoy has described the leak of the International Atomic Energy Agency’s (IAEA) confide...