Iran Calls for Roadmap to Expand Ties with India 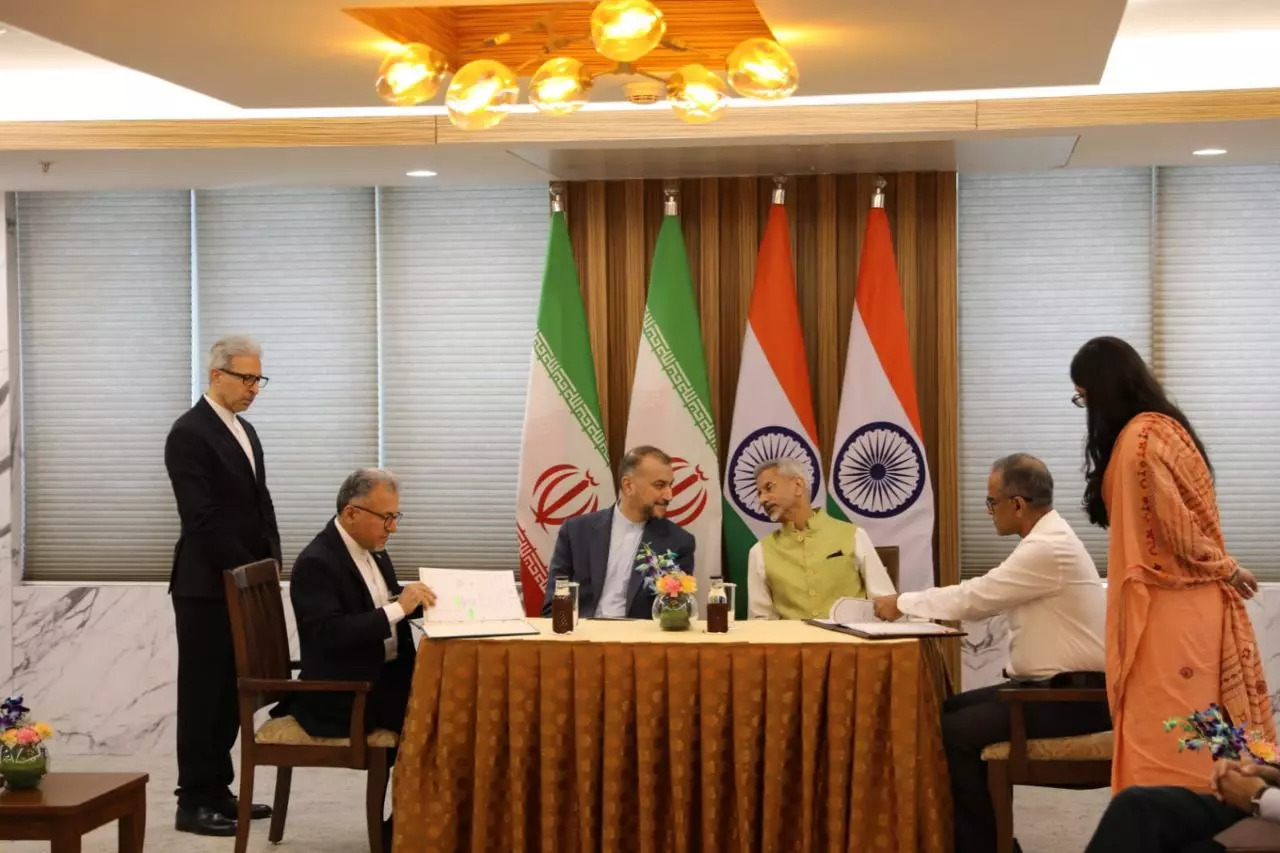 Iranian Foreign Minister Hossein Amir-Abdollahian has stressed the importance of creating a roadmap to expand strategic ties between Tehran and New Delhi.

“Preparing a roadmap for strategic cooperation can regulate long-term bilateral ties and protect the relations from detrimental factors,” Amir-Abdollahian said in a meeting with his Indian counterpart Subrahmanyam Jaishankar during his official visit to India, the Iranian foreign ministry’s website reported on June 8.

Amir-Abdollahian noted the huge potential for expanding trade and economic relations between the two countries, and said the formation of working groups to oversee these efforts is necessary.

In his turn, the top Indian diplomat highlighted the need to support joint efforts to expand Chabahar Port and other transit routes and common regional corridors.

The two foreign ministers expressed support for continuing dialogue between Indian and Iranian officials at different levels that would lead to a roadmap for strategic cooperation. They also discussed a broad range of issues of mutual interest between the two countries in strategic, political, economic and cultural spheres, at the meeting.

Iranian and Indian officials also signed a mutual legal assistance treaty focusing on civil and trade affairs after a meeting between Amir-Abdollahian and his Indian counterpart.

In a meeting with the Iranian minister, Indian Prime Minister Narendra Modi called for speeding up efforts to boost his country’s relations with Iran, and said that relations between the two countries were not as strong during the COVID-19 pandemic, expressing hope that bilateral ties would further develop in future.

Modi referred to cooperation agreements previously signed between the two countries and announced India’s readiness to implement those agreements.

The Iranian minister also welcomed what he described as India's "strong rejection" of controversial remarks made by an official from the ruling Bharatiya Janata Party (BJP) about the Prophet Muhammad.

"Since I arrived in India, we have witnessed Indian officials saying that the Indian government strongly rejects this arbitrary action," Amir-Abdollahian said upon his arrival in New Delhi on June 8, adding that "hearing this sentence is what we expected from Indian leaders".

India's National Security Adviser Ajit Doval, said in a meeting with Iranian Foreign Minister Hossein Amir-Abdollahian, that "wrongdoers" who made the controversial remarks “will be dealt with at the level of the government and related bodies in a way that is a lesson to others".

It should be noted that Ambassador of India to Azerbaijan Bawitlung Vanlalvena was summoned to Azerbaijan’s Ministry of Foreign Affairs over the controversial remarks on June 9. During the meeting, it was noted that inflammatory remarks by officials of the ruling party of India against Islam and the Prophet Muhammad were described as unacceptable.