Iran Calls For Expansion Of Economic Ties With Azerbaijan 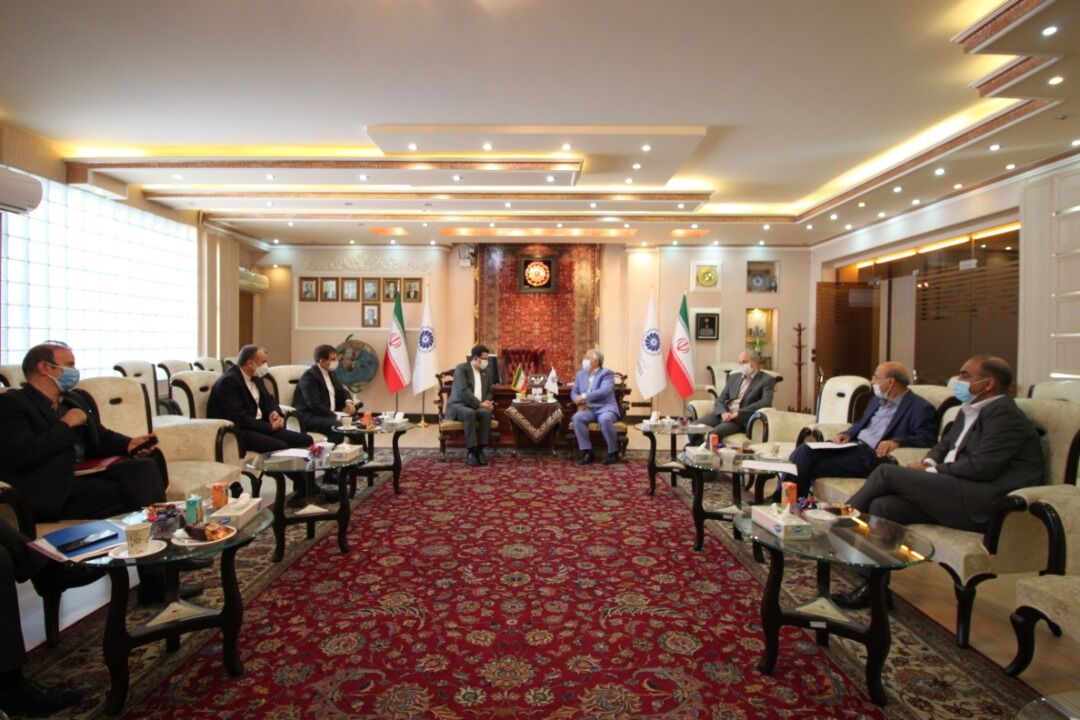 On July 24, in a meeting with Governor-General of Iran’s East Azerbaijan Province, Iran’s newly-appointed Ambassador to the Republic of Azerbaijan, who used to work as a foreign ministry spokesman, Abbas Mousavi said that boosting economic relations between Tehran and Baku is a high priority for Iran. / IRNA news agency

“The neighboring states will have an important role to play in the future of Tehran's political and diplomatic relations with other countries due to the cruel sanctions imposed against Iran,” Mousavi said in a meeting with Governor-General of Iran’s East Azerbaijan Province, Mohammad-Reza Pour-Mohammadi on July 24, according to a report by the state-owned news agency IRNA.

Referring to East Azerbaijan as a border province with the Republic of Azerbaijan, the ambassador said that the exchange of students and holding joint conferences with Azerbaijan can be effective in the expansion of bilateral relations.

Mousavi's new position is challenging due to the fact that Azerbaijan and Armenia, both Iran’s neighbors, have been locked for decades in a conflict over the Nagorno-Karabakh region which is internationally recognized territory of Azerbaijan. Tensions between the two South Caucasus countries mounted on July 12 after Armenia’s troops shelled at the border positions of the Azerbaijani army in the Tovuz region, in northwestern Azerbaijan.

During the clashes, Mousavi called for further self-restraint by both sides, and expressed Tehran’s readiness to mediate and reduce tensions between the two neighboring nations.

In a phone conversation with his Azerbaijani counterpart on July 14, Iranian Foreign Minister Mohammad Javad Zarif noted that Iran is always ready to support furthering the settlement of the conflict.

"The protection of the territorial integrity of the Republic of Azerbaijan is a regional strategy of the Islamic Republic of Iran," Zarif underlined, according to the official website of the Azerbaijani foreign ministry.

The recent escalation of the conflict between Armenia and Azerbaijan caused deaths on both sides. Azerbaijan has lost 12 servicemen and a civilian so far. Meanwhile, Armenian authorities confirmed four deaths, including one major and one captain throughout the armed clashes. However, social media users in Armenia claimed that the government is deliberately hiding real numbers, which they believe is more than 30, of which seven are said to be officers.

The occupation of the Nagorno-Karabakh region by Armenia came after both nations gained independence following the Soviet Union’s dissolution in 1991. Armenia kicked off military aggression against Azerbaijan to occupy the Nagorno-Karabakh region. The full-scale war lasted until a ceasefire deal in 1994. As a result of the bloody war, Armenia occupied 20 percent of Azerbaijan’s internationally recognized territories – the Nagorno-Karabakh region and seven surrounding districts. In 1993, the United Nations Security Council adopted four resolutions demanding the immediate withdrawal of the occupying forces from Azerbaijani lands and the return of internally displaced Azerbaijanis to their ancestral lands. All four legally binding documents go unfulfilled by Armenia to date.

In a telephone conversation in late June, Iran’s Finance and Economic Affairs Minister Farhad Dejpasand and Azerbaijan’s Deputy Prime Minister Shahin Mustafayev explored the ways for the expansion of the bilateral economic relationship between the two countries amid the coronavirus outbreak.

Dejpasand, who also serves as the Iranian chairman of a joint cooperation committee of the two counties, referred to the building of a joint industrial park near the border of the two countries and joint projects of North-South Corridor, a 7,200-km-long multi-mode network of ship, rail, and road routes for moving freight between India, Iran, Afghanistan, Azerbaijan, Russia, Central Asia, and Europe. A preliminary agreement on the establishment of a joint Iranian-Azerbaijani industrial park was reached in 2019. Along with a joint industrial park, the two countries will also set up a joint logistics center in Iran’s Ardebil Province.

For his turn, Mustafayev said his country has a comprehensive plan to limit the negative effects of the coronavirus outbreak and to support the employers and people in trade and economy activities, and promised to pursue all the points mentioned by the Iranian side and try to finalize the projects with collaboration.