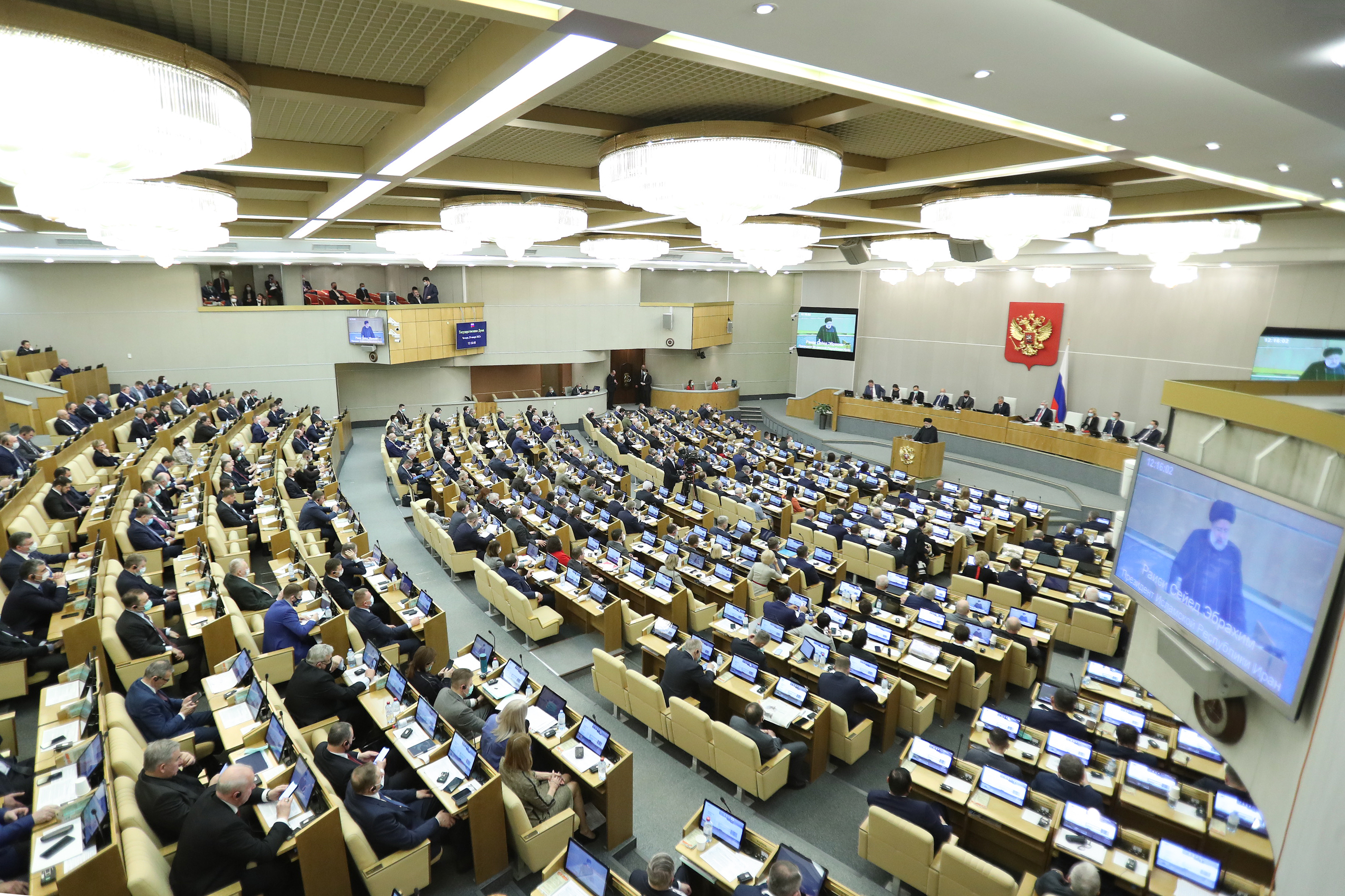 Iranian President Ebrahim Raisi addressed State Duma, the lower house of the Russian parliament on January 20, 2022, during his two-day visit to Moscow. / president.ir

Iran's President Ebrahim Raisi has said that big steps can be taken to expand the current level of cooperation with Russia.

The Iranian president expressed his hope that "the visit to Russia will be a turning point in improving relations with the friendly and neighboring country of Russia, and that the combination of these relations will help improve the level of security in the region and resolve regional and global crises," according to the Iranian president’s official website.

During his three-hour meeting, the Iranian and Russian presidents discussed the issue of money and banking between the two countries. It was agreed to activate the International North-South Transport Corridor linking the Persian Gulf to Russia.

There were also talks on the expansion of defense, aerospace and space cooperation, and it was decided that the Iranian foreign ministry and the Minister of Petroleum, as the head of the Iranian side of the Joint Economic Commission, will implement the agreements reached between the two countries.

The Iranian oil minister and Russian energy officials already have agreements in place covering the development of oil and gas fields, which were signed during the visit of the Iranian high-ranking delegation.

Speaking about talks in the field of foreign policy, Raisi said that "there is no doubt that cooperation between Iran and Russia can help resolve regional crises and international issues and promote security, stability, peace and justice".

"For example, the experience of good cooperation between Iran and Russia in the fight against terrorism and maintaining security in Syria can be repeated in other areas, including the Caucasus region and other areas agreed upon by both sides," Raisi said.

At a meeting with Raisi at the Kremlin on January 19, Putin said “I would like to note that despite the pandemic we increased trade even the year before last. This increase was not big - over 6%, but it was still an increase. Last year, our trade grew by more than 38%”.

The Russian president added that "we cooperate very closely in the international arena”, and noted the importance of the revival of the Joint Comprehensive Plan of Action, mainly known as the 2015 Iranian nuclear deal.

The deal signed between Iran and world powers (the United States, France, Britain, Russia, China and Germany), offered Tehran relief from crippling international sanctions in return for deep curbs on its nuclear program. But the unilateral US withdrawal from the agreement in May 2018 under former president Donald Trump prompted Tehran to walk back on its commitments.

Iran's minister for economic affairs and finance, Ehsan Khandouzi, announced on January 19 that “after meeting Iranian businesspeople, we arrived at a good agreement with the Russian minister for the economy on the acceleration of projects under the $5 billion line of credit: Three power plant projects and two rail/transit projects".

The rail projects include a railroad linking Garmsar near Tehran to Incheh-Borun in the north-east, and a railway linking Rasht in the north to Astara in the north-west. The credit worth $5 billion will be used on the electrification of the Incheh-Borun railroad and the construction of four power plants.

The Iranian and Russian businessmen also discussed the modernization of the Ramin power plant in Ahvaz, increasing the capacity of the Gotvand dam power plant and also financing part of phases 2 and 3 of the Bushehr power plant.