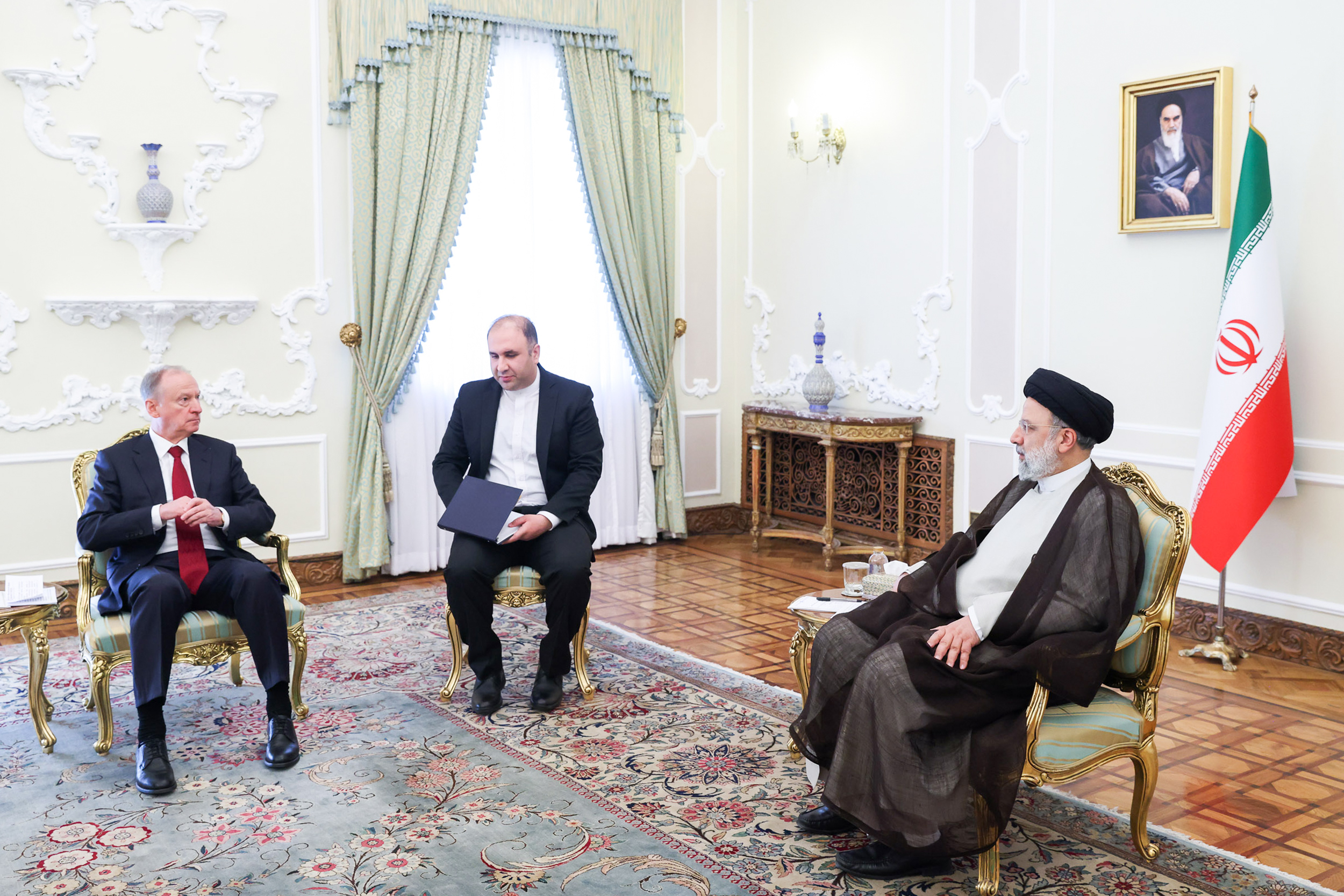 Iranian President Ebrahim Raisi has described close cooperation with Russia as the most "decisive response" to US sanctions, amid mounting evidence of Russia's use of Iranian drones in its war against Ukraine.

"The cooperation of independent countries is the most decisive response to the sanctions and destabilising policy of the United States and its allies," Raisi said in a meeting with visiting Russian Security Council Secretary Nikolay Patrushev, on November 9, according to the official website of the Iranian president.

Raisi added that the will of Iran and Russia is to improve the level of strategic relations in various fields.

The president also emphasized that the basic policy of Tehran is to oppose war, stating that the recent escalation is a great cause for concern for all countries.

In his turn, Patrushev whose visit involved Russian-Iranian consultations with the attendance of delegates from several ministries and governmental agencies from the two states, said that “we are working very actively to develop cooperation in political, commercial, energy, agriculture and transit fields, and the Iran-Russia Joint Economic Commission is also following up on the implementation of the agreements of the presidents of the two countries”.

He expressed his hope for the development of relations with Iran in the form of regional assemblies and organizations, and said that “the creation of a multipolar world is in line with the interests of all countries in the world”.

In a separate meeting with Patrushev on the same day, Iran’s Supreme National Security Council (SNSC) secretary, Ali Shamkhani also said that strengthening relations with neighboring states is a priority for Iran to combat US sanctions.

"Iran supports any initiative based on dialogue that leads to a ceasefire and peace between Russia and Ukraine," Shamkhani said, adding that Tehran is "ready to play a role in ending the war".

Patrushev expressed satisfaction with deepening Tehran-Moscow relations, noting the four state visits made by the presidents of both countries this year and describing the bilateral relationship as "strategic".

Referring to Patrushev’s visit to Iran, US Department of State Spokesperson Ned Price said on November 10 that the visit is causing concern in the United States, since Washington sees enhanced Russian-Iranian ties as “a profound threat”.

Price added that his country was "working with the international community, including at the United Nations, to address the threats that are posed by Russia and Iran separately and the bilateral cooperation that we’ve seen between the two of them."

Patrushev's visit came after criticisms against Iran for not being transparent about the sale of drones to Moscow and concerns in the West that Iran is planning to supply ballistic missiles to Russia. Russian forces have reportedly repainted and renamed the Iranian-made Shahed-136 and Mohajer-6 drones as Geran (Geranium).

On November 4, Ukrainian Defence Minister Oleksiy Reznikov said that Russia had already used 311 Iranian-made drones to attack Ukraine, and added that the Ukrainian government hopes that not all the drones that Iran agreed to supply to Russia (according to various sources, from 1,500 to 2,400 drones) were actually provided.

Iran has denied the reports about supplying Russia with arms for months, but on November 5, Iran’s Foreign Minister Hossein Amir-Abdollahian confirmed that Iran provided Russia with "a limited number of drones" months before the war in Ukraine, but has continued to challenge claims of their use in the war.

Meanwhile, the Main Intelligence Directorate of Ukraine's Defence Ministry rejected Amir-Abdollahian's remark, saying that parts of the Iranian kamikaze drones Russia are using in its war against Ukraine were manufactured after the full-scale invasion began on 24 February.

On November 9, a source speaking on condition of anonymity to share sensitive information told Sky News that Russia flew €140 million in cash and a selection of captured UK and US weapons to Iran in return for dozens of deadly drones for its war in Ukraine.

"A Russian military aircraft secretly transported the cash and three models of munition - a British NLAW anti-tank missile, a US Javelin anti-tank missile and a Stinger anti-aircraft missile - to an airport in Tehran in the early hours of 20 August," the report said.