Iran Blames U.S. For Lack Of Access To Medicines 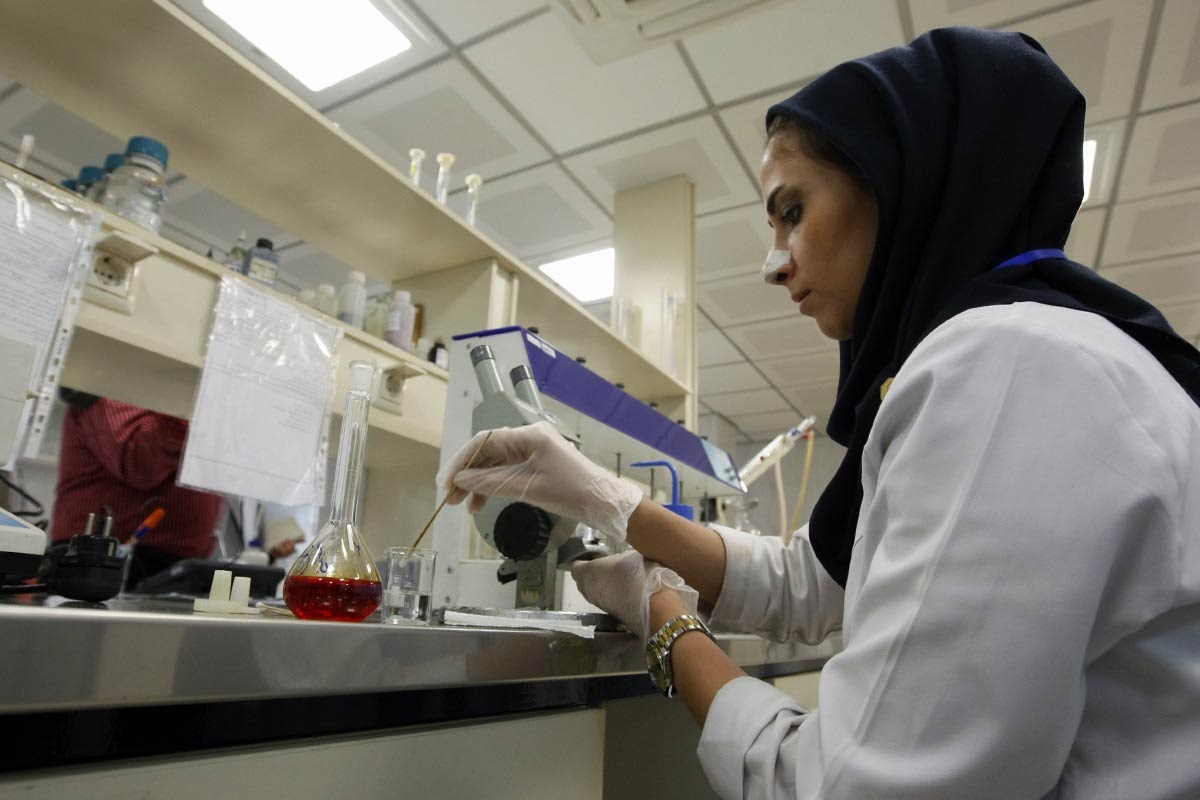 Iran has a large pharmaceutical industry of its own but requires the importation of some of the raw materials needed to manufacture certain medication. / IRNA news agency

A senior official in the Iran Food and Drug Administration (IFDA) has accused the United States of lying about the exemption of food and drugs from U.S. sanctions that were re-imposed on the country in 2018.

"Exemption of drugs from sanctions is a beautiful phrase but a lie, because banking interactions are needed to supply drugs,” the Islamic Republic News Agency quoted the Director General of the IFDA for Medicine, Mohammad Abdohzadeh, as having said on January 7. “We are witnessing that all Iranian banks have been sanctioned and therefore, medicine and food are also under sanction, in practice.”

Abdohzadeh underlined the necessity for Iranian private banks to take the necessary actions to ensure the supply of drugs.

"Some banks in Europe, South Korea, Japan, Turkey and all countries with which we have medicine deals are needed to be exempted from sanctions in a bid to receive the money sent to them from Iran and transfer them to the pharmaceutical companies."

On October 3, judges at the International Court of Justice (ICJ) ruled that the U.S. must remove “any impediments” to the export of humanitarian goods, including food, medicine and spare parts, and for equipment and services necessary for the safety of civil aviation, citing that sanctions prohibiting such items violate terms of a 1955 Treaty of Amity between the two countries. However, the U.S. is not a party to the ICJ, and the U.S. Secretary of State subsequently pulled the U.S. out of the treaty.

After U.S. President Donald Trump pulled the United States out of the Joint Comprehensive Plan of Action, better known as the nuclear deal, in May of last year, he re-imposed unilateral sanctions that are meant to once more isolate Iran internationally. In some ways, Trump’s move has worked.

Several European pharmaceutical companies have since announced the end of their business activities in Iran. In November, when the final and most potent round of sanctions – targeting Iran’s lucrative energy, shipping and banking industries – was imposed, businesses began to feel the pinch.

On November 8, Iran’s Foreign Minister Mohammad Javad Zarif wrote on his Twitter feed that, U.S. Secretary of State Mike Pompeo, “blames Iran for unlawful US sanctions preventing Iranians’ access to financial services for food and medicine. Naturally, we will provide them for our people in spite of US efforts.”

Alireza Marandi, the president of the Iranian Academy of Medical Sciences, sent a letter to the UN Secretary General, António Guterres, on November 12, complaining that the U.S. sanctions against Iran are unfairly hitting patients in dire need of medication.

“The U.S. sanctions policy on the Islamic Republic of Iran has been devised in such a way that prevents all banking exchanges including access to essential medicines and medical equipment which are now virtually impossible,” Marandi wrote in the letter, according to Fars.

Meanwhile, the U.S. claims that it has already allowed humanitarian-related transactions to take place. In a reply to Zarif’s remarks made via Twitter, Pompeo wrote in a tweet on November 12 that, “U.S. does not, and never did, sanction food and medicine. They are exempt from sanctions, as are financial transactions related to humanitarian needs.”

But Iran’s Health Minister, Hassan Ghazizadeh Hashemi has a similar opinion to that of the IFDA Director General for Medicine, calling Pompeo’s words “a false claim.”

“We have many medical cargoes need to be transferred quickly but there is no airplane or ship to transfer them into Iran due to US sanctions”, Parstoday reported.

While the situation is unfortunate for Iran, it is not unprecedented. Iran faced a shortage of life-saving medicines from 2012-13 due to economic sanctions imposed by the European Union and the U.S. Despite medicines also then being exempted from sanctions, European companies were reluctant to supply pharmaceuticals to Iran primarily due to payment concerns, since Western banks were wary of handling any financial transactions with Iran.

At that time, Iran turned to India for a supply of essential life-saving drugs. Indian pharmaceutical giants such as Century Pharma and Glenmark supplied Iran with bulk drugs, active pharmaceutical ingredients and generic formulations of drugs used in the treatment of lung and breast cancers, brain tumors and heart ailments, amongst others. Cipla and Ranbaxy – two companies with a major presence in the U.S. market – also provided supplies.

Financial Times reported last month that Switzerland is close to launching an initiative to let companies sell food, medicine and medical devices to Iran using a special payments channel. Switzerland, which is not an EU member, has a large pharmaceuticals sector, and a tradition of neutral diplomacy, is considered to have strong credentials to be a base for the mechanism.

Amid an economic crisis wrought by the re-imposition of American sanctions, Iran’s President Hassan Rouhani accepted the resignation of Health Minister Hassan Ghazizadeh Hashemi on January 3, widely seen as the key official behind the 2014 launch of an ambitious plan for universal medical insurance that is sometimes dubbed "Rouhanicare.”

Hashemi, who supposedly resigned over proposed budget cuts, had repeatedly complained about delays in payments of budgeted funds in the past and about cuts in his ministry's budget under the new state spending plans.