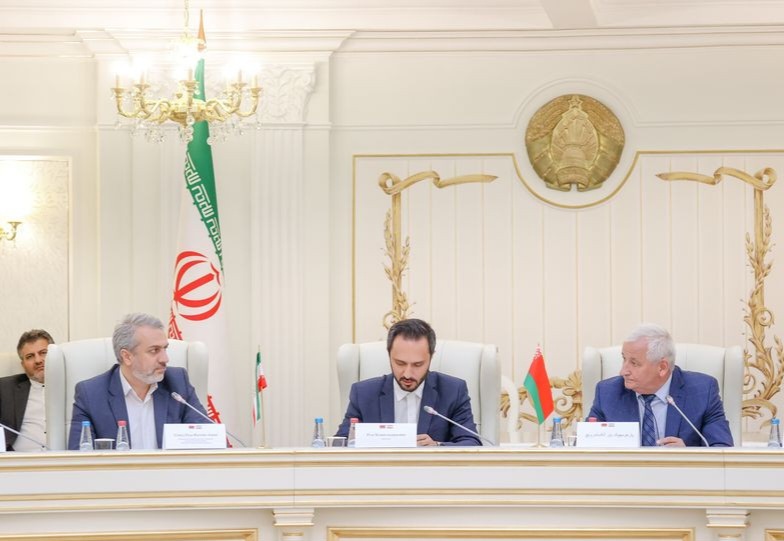 Iran’s Minister of Industry, Mines, and Trade, Reza Fatemi Amin, has signed agreements with Belarusian officials to further develop the commercial and economic cooperation between the two countries.

Fatemi Amin was on a visit to Minsk to attend the 15th Iran-Belarus Joint Trade Commission on July 28-29. The newly-signed Memorandums of Understanding (MoU) focused on commercial and industrial cooperation, agriculture and fish farming, investment, geology and water resources, transport and others.

Following the meeting, Iran’s high-ranking official unveiled his country’s plans to increase production in the mining industry and to purchase Belarusian heavy vehicles for this purpose.

“For the past ten years, BelAz equipment has been in great demand in the Iranian market. It is reliable and has shown itself only on the good side. Since our plans are to increase production in the mining industry, we would like to receive about 800 mining dump trucks. For this purpose, we have chosen BelAz,” he added.

BelAz is a Belarusian automobile plant and one of the world's largest manufacturers of large and especially large dump trucks, as well as other heavy transport equipment for the mining and construction industries. In September 2013, BelAZ presented the first sample of mining dump truck BelAZ-75710, the world largest dump truck with 450 tons load capacity.

In his turn, Belarusian Industry Minister Piotr Parkhomchik said Iran and Belarus are showing interest in boosting cooperation in the industrial sector and in increasing mutual trade.

“Last year the bilateral trade was only $33 million, although in the best years our trade used to reach $250-300 million. Therefore, we are set to reach a trade turnover of about $500 million in a short period of time,” the minister said.

The current volume of Iran-Belarus trade is around $40 million.

The spokesman of Iran’s Industry, Mines, and Trade Ministry, Omid Ghalibaf, said that Iran-Belarus trade would in a short time be ten-folded and then twenty-folded.

According to him, the important point in Iran’s bilateral trade with Belarus is exporting the science-based companies’ medical equipment to that country worth $5 million a year.

Meanwhile, Iran and Belarus are likely to be the two newest additions to the Chinese- and Russian-backed Shanghai Cooperation Organization (SCO). Iran is expected to become a full member after completing the formalities, while the SCO member states, who follow the system of consensus in deciding admission of new members, will take a call on Belarus’s application.

China and Russia are looking to frame the grouping as a counter to the West — particularly after Russia’s invasion of Ukraine.

“The significance of this round of expansion is that it shows SCO’s rising international influence and that the principles of the SCO charter are widely accepted,” the Secretary-General of the SCO, Zhang Ming, said on July 15.