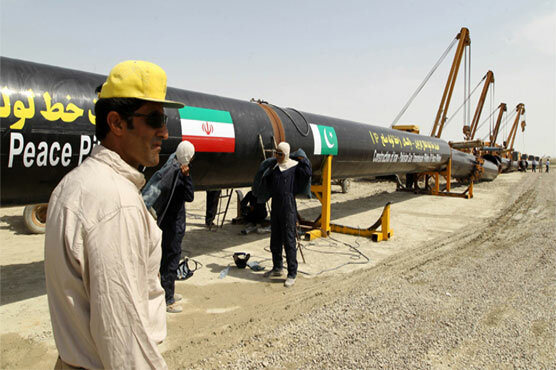 Iran completed its section of the pipeline in 2011, and reportedly offered Pakistan $500 million to help with construction. The estimated total cost of the pipeline is $7 billion. / Tehran Times

The CEO of the National Iranian Gas Company, Majid Chegeni, has said that Iran would start negotiations for selling its gas to Pakistan.

"We are starting negotiations [for selling gas to Pakistan] in this regard, they [Pakistan] are also interested in importing from Iran, but we are still at the beginning of negotiations and no special action has been taken," Chegeni told Iranian Labour News Agency on May 26.

Following the Russian invasion of Ukraine, some Iranian officials have discussed the possibility of starting exports to Europe, as uncertainty remains over Russian gas supplies to Europe.

Chegeni said that "it is natural that we are seeking to develop our markets and find new customers," and added that any gas exports to Europe would be sent through pipelines.

He said the remaining amount of Iraq's gas debt to Iran is $1.6 billion, adding that Iraq's debts will be paid within a month."

In a meeting with his Iranian counterpart Hossein Amir Abdollahian on the sidelines of the World Economic Forum in Davos on 26 May, Pakistan's newly-appointed Foreign Minister Bilawal Bhutto-Zardari said that Pakistan and Iran should tap the existing "vast scope" in bilateral trade and economic cooperation through various institutional mechanisms and innovative ways to identify new sectors.

The two neighbouring Muslim countries have several joint projects, as well as the 2,775-kilometre Iran–Pakistan gas pipeline, known as the Peace Pipeline, which is currently under construction. It is expected this pipeline worth $7.5 billion to deliver natural gas from Iran to Pakistan.

It will help Pakistan to overcome its energy crisis by filling the gap between supply and demand. It will not only help minimize the natural gas shortage but will also meet the shortage of electricity.

As of early 2019, the project remains substantially delayed. While the Iranian section of the pipeline has been completed, the Pakistani section remains under construction as it was reportedly postponed due to concerns about the U.S. sanctions. The two countries are also developing two major ports in their respective countries, Chabahar Port and Gwadar Port.