Iran & Azerbaijan Are Working Together To Fight Drug Smuggling 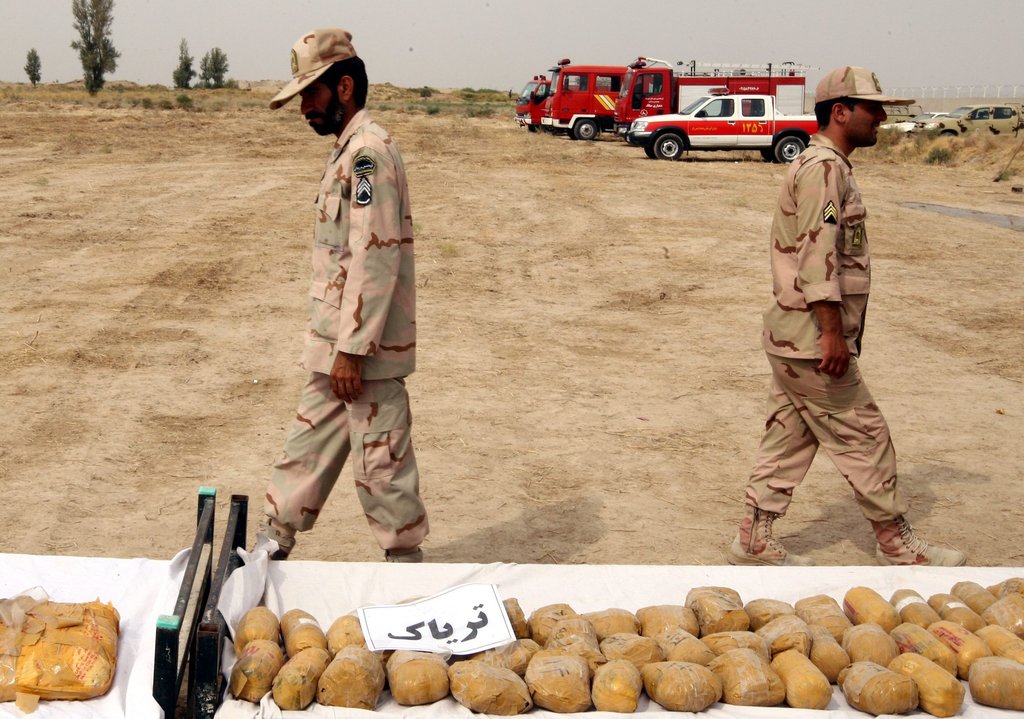 Iran is continuing its fight against drug smuggling – this time focusing on coordination with its northern neighbor, Azerbaijan.

“Iran’s police force is interested in expanding and developing bilateral cooperation with Azerbaijani in addition to cooperation in the fight against crimes and criminal activities,” Iran's Anti-Narcotics Police Chief Brigadier General Mohammad Massoud Zahedian said at a meeting with his counterpart Major General Hazi Aslanov in the southern Azerbaijani city of Lankaran on September 5, according to Islamic Republic News Agency.

Zahedian said cooperation between the police forces of the two sides and learning from each other’s experiences is “important.”

Earlier, in December 2018, the chief of Azerbaijan’s State Border Service, Elchin Guliyev, and the commander of the Iranian Border Guard Command, Qasem Rezaei, signed a cooperation agreement on boosting security along the border, intelligence sharing and cooperation in fighting drug smuggling.

Azerbaijani officials say there has been an increase in drug seizures along the border with Iran, especially in the Astara district of Azerbaijan, which has a direct railway link to an Iranian town of the same name. Of the 210 drug busts in Azerbaijan in 2017, for example, 184 involved shipments from Iran, according to the country's Customs Service.

Azerbaijan shares a 661 kilometer border with Iran. The Talysh Mountains in southern Azerbaijan make border protection and patrolling difficult. A part of the border, measuring over 130 kilometers, remains uncontrolled by the state due to Armenia’s occupation of about 20 percent of Azerbaijani land. Drug traffickers often exploit the security gaps for their illegal operations.

Iran is one of the primary drugs transit highroads in the world, forming part of a logistics network with Central Asia, Pakistan, India, Turkey, Middle Eastern and European countries. According to the 2019 edition of the World Drug Report published by the United Nations Office on Drugs and Crime, Iran had seized the largest quantity of opiates worldwide, accounting for 39 percent – just over 630 tons of opium – in 2017.

“Over the past 40 years, Iran has lost 3,815 members of the law enforcement forces during anti-drug operations. More than 12,000 people have been injured as well,” Iran’s ambassador to the United Nations, Majid Takht-e-Ravanchi, said on July 9 according to Press TV.

In 2018, Iranian law enforcement carried out 1,557 operations against drug traffickers and international networks, shattering 2,114 gangs and seizing approximately 807 tons of different types of narcotic drugs and psychotropic substances, including 45 tons of heroin and morphine.