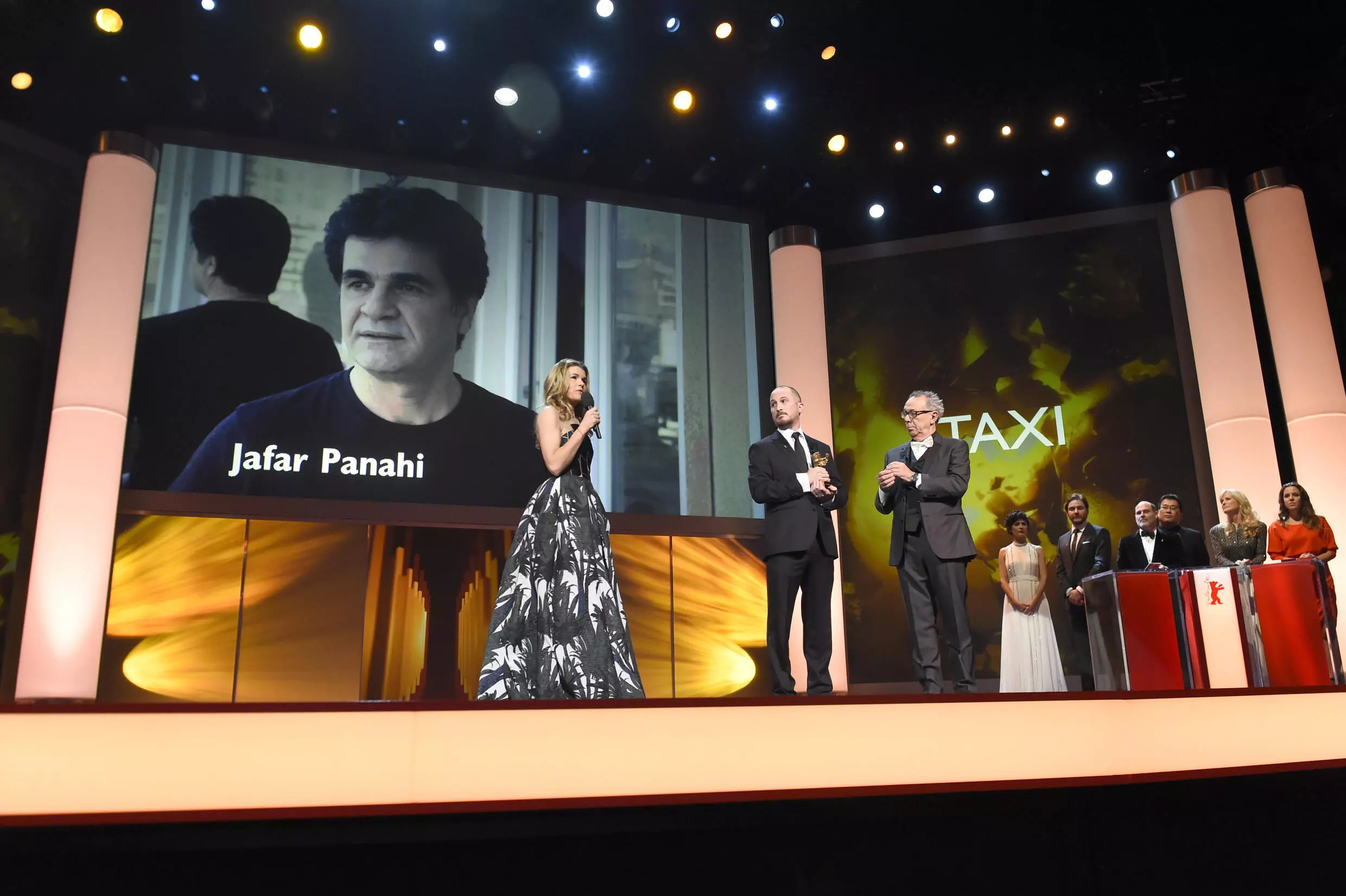 Iranian filmmaker Jafar Panahi has been unable to leave Iran to collect any of his awards or attend premieres of his films. In this file photo taken on February 14, 2015, German actress Anke Engelke speaks near a portrait of Panahi, as the Golden Bear for Best Film goes to him at the Berlin International Film Festival. / AFP

An internationally acclaimed film director, Jafar Panahi, was arrested in the capital Tehran on July 11, amid Iran's crackdown on opposition figures.

The award-winning director was detained at a Tehran judicial department, after he had condemned the arrest of the two outspoken film directors in a statement, according to the Mehr news agency.

He signed a public letter along with 334 Iranian filmmakers and actors that condemns the "orchestrated raid" against the "committed" filmmakers and calls for their "unconditional and immediate release".

Iranian filmmakers Mohammad Rasoulof and Mostafa Al-e-Ahmad, both critical of the establishment, were also arrested on July 8 on "national security" charges, after signing a letter in protest against the authorities' alleged negligence in ensuring public safety.

The letter came in response to the collapse of Metropol Tower in the southwestern city of Abadan that killed and injured dozens.

In an Instagram post on July 9, Panahi noted that the clampdown is the government's measure "to divert public opinion from the main problems" amid social discontent, economic hardships, and an attempt to "add a few days to its political survival."

"When an establishment faces political and economic deadlock, it will show zero tolerance towards any civil struggle," he said in the post.

Panahi, renowned for his gritty social commentary drawing the ire of his country's rulers, was banned from making movies after supporting mass protests in 2009. He won many awards for films that have critiqued modern Iran, including the top prize in Berlin for "Taxi" in 2015, and best screenplay at Cannes for his film "Three Faces" in 2018.

He is still under a travel ban that was first imposed on him in 2010 after he was found guilty of "propaganda against the Islamic Republic".

He has also been unable to leave Iran to collect any of his awards or attend premieres of his films. In 2018, pleas by Oscar-winning US director Oliver Stone and other supporters to let Panahi travel to Cannes for the premiere of "Three Faces" went ignored in Tehran. A seat was left empty for him to highlight his absence.

On July 11, Iran's Fars news agency reported the arrest of a number of "rioters" who had purportedly received help and funding from foreign sources.

“Those detained had received money from a foreign financial contact in exchange for generating riots and insecurity in the country," the report said, citing an "informed source".