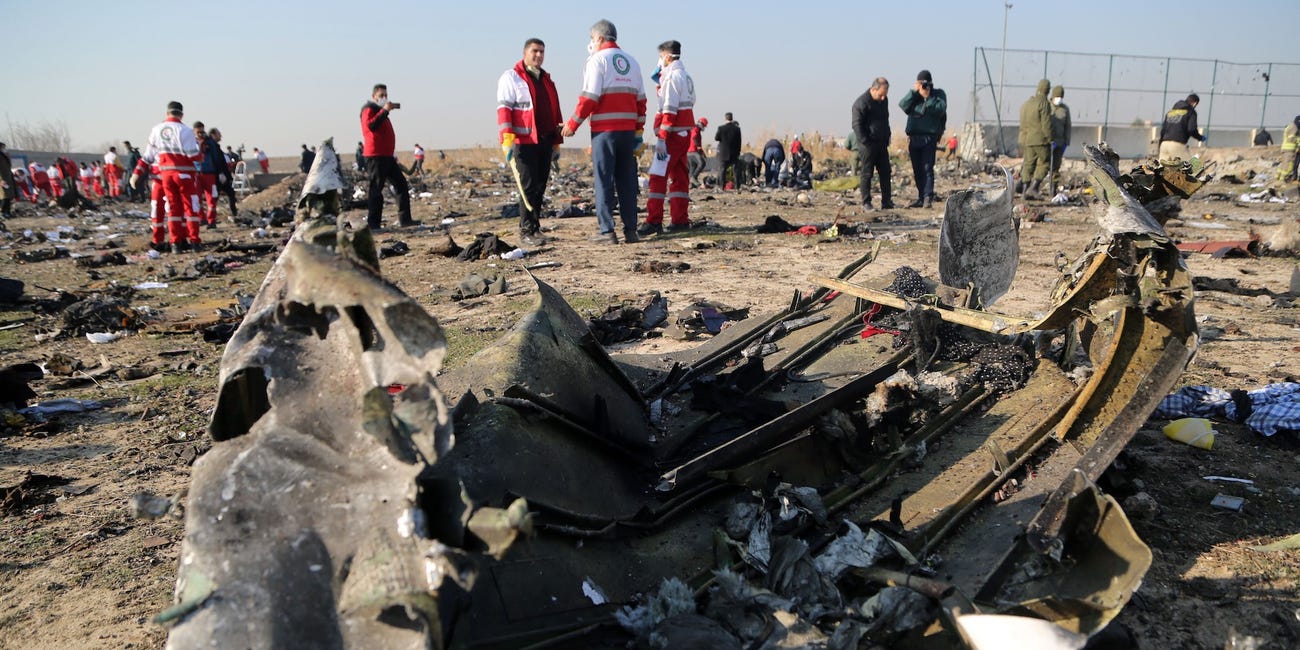 Iranian Foreign Minister Mohammad Javad Zarif has expressed his regret and apologized for the human error which caused crash of the Ukrainian passenger plane.

"A sad day. Preliminary conclusions of internal investigation by Armed Forces: human error at time of crisis caused by U.S. adventurism led to a disaster. Our profound regrets, apologies and condolences to our people, to the families of all victims, and to other affected nations," Mohammad Javad Zarif wrote on his Twitter on January 11.

Iranian President Hassan Rouhani also issued a statement referring to the result of investigations by General Staff of the Iranian Armed Forces regarding the case. President Rouhani expressed regret over the human error which caused the tragic crash of the plane and said those who committed such an unpardonable mistake will be sued and investigated.

"In the atmosphere of threats and intimidation by the aggressive American regime against the Iranian nation after the martyrdom of General Qasem Soleimani, and in order to defend ourselves against possible attacks by the American Army, the Armed Forces of the Islamic Republic of Iran were on full alert, which unfortunately led to this terrible catastrophe taking the lives of dozens of innocent people because of human error and mistaken shooting," reads a statement published at the official website of the Iranian president.

Previously, however, the head of Iran’s Civil Aviation Organization (CAO) said no missile had hit the Ukrainian passenger plane, despite claims of several western media outlets and politicians.

“No missile had hit the Ukrainian passenger plane, and any comment on the missile strike is out of context and not scientifically-backed, and the reason behind the crash is being determined after reopening of the black box,” Ali Abedzadeh said on January 10, following a special session on the causes of the plane crash, according to a report by the state news agency IRNA.

Earlier this week, Canadian Prime Minister Justin Trudeau said he had received intelligence from multiple sources indicating that the plane was shot down by an Iranian surface-to-air missile, adding that it was possible that the attack was unintentional.

Speaking to reporters at the White House, U.S. President Donald Trump said he had suspicions that "somebody could have made a mistake," without going into details.

"Some people say it was mechanical. I personally don't even think that's even a question," he added, according to a report by USA Today.

During the press conference, the head of CAO, Abedzadeh said that if the statements of the U.S. and Canadian top officials are based on data provided by these countries’ disaster investigation agencies, they should be announced through the International Civil Aviation Organization (ICAO).

The Iranian official further added that he was confident that the aircraft was not hit by a missile, saying that the Ukrainian jet caught fire after flying for more than 1.5 minutes, while the crash site indicates that the pilot had decided to return.

On January 9, a short video that captured the moment of the Ukrainian passenger being hit by a missile before crashing not far from the airport in Tehran appeared online. The New York Times has contacted the person who filmed the video in order to get it in a high resolution. The video’s authenticity was later proved by Bellingcat, an investigative journalism website that specializes in fact-checking and open-source intelligence.

Ukrainian Foreign Minister Vadym Prystaiko announced that the leadership of his country has received important data on the accident as part of a meeting with the officials from the U.S. Embassy in Ukraine.

"Together with President Volodymyr Zelensky we met with representatives of the United States, in particular, with interim charge d'affaires at the U.S. Embassy, Kristina Kvien. We received important data that will be processed by our specialists," Prystaiko wrote on his Twitter.

President Zelensky previously said the possibility that a missile downed the airliner, killing all on board, had not been ruled out by the Ukrainian government but it had not been confirmed yet.

Meanwhile, ABC News said referring to an unnamed U.S. senior official that American satellite had detected the heat signature of the two missiles as they approached the jet. The source added that the U.S. intelligence is confident that Iran painted the Ukrainian airliner with radar and fired two surface-to-air missiles that brought down the aircraft.

Representatives of the U.S., Canada and France have already left for Iran to attend meetings of the Iran Civil Aviation Organization and Iran Air Accidents Commission. If Iran fails to extract its information, with the aim of preventing damage to information, it will get help from specialists from Russia, France, Canada or Ukraine to analyze the black box, IRNA reported.

In a phone conversation on January 9, the Iranian and Ukrainian presidents stressed the need to investigate the causes of the tragic accident, and agreed that the foreign ministers of Iran and Ukraine should keep in touch to facilitate cooperation between the two countries’ experts.

President Zelensky appreciated the efforts and work of Iranian relief agencies and technical experts in addressing the issue, urging cooperation between the two countries’ technical experts for investigating the accident and the causes of the crash based on international protocols.