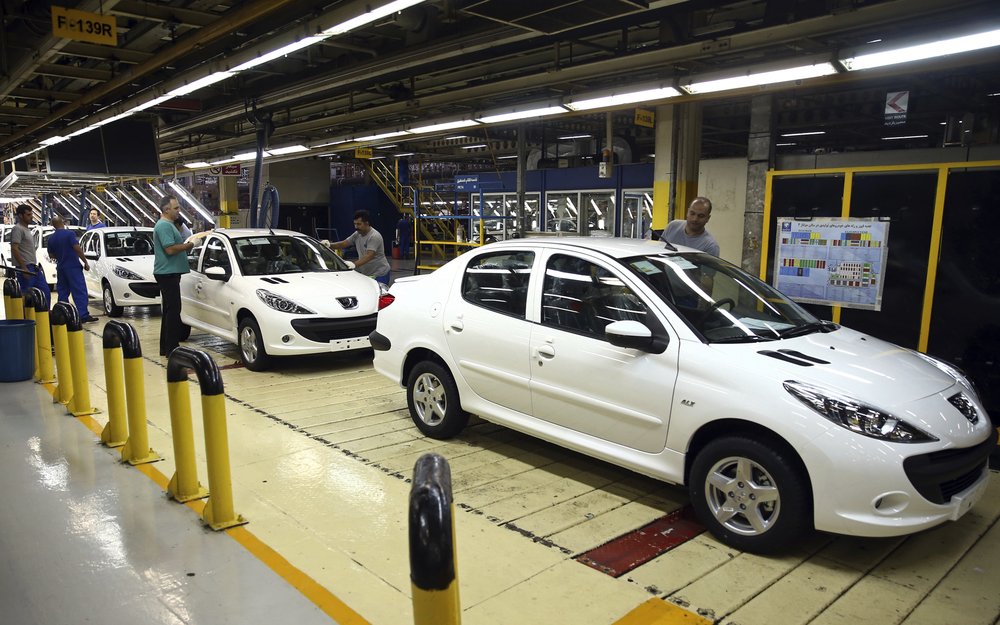 A line of Peugeot cars rolls out at the state-run Iran Khodro automobile manufacturing plant, outside the Iranian capital Tehran on September 9, 2018. / Ebrahim Noroozi / AP Photo

Iran's National Development Fund (NDF) will distribute $1 billion from its national reserves to support auto makers in the country amid a long-standing economic crisis largely caused by US-imposed sanctions.

“The allocation of one billion dollars to the auto industry should boost domestic production with the support of knowledge-based local companies” the director-general of the NDF, Morteza Shahidzadeh, said in a meeting with businessmen at the Mashhad Chamber of Commerce in the northeastern province of Khorasan Razavi, on June 4, according to the Iranian state news agency IRNA.

The NDF is a sovereign wealth fund established in 2011 to transform oil and gas revenues into a productive investment for future generations. As US sanctions on the Islamic Republic deprive the country of foreign currency income from oil exports in the past two years, the fund has financed certain needs.

In September 2019, the US Department of the Treasury’s Office of Foreign Assets Control (OFAC) took action against the NDF under its counterterrorism authority, accusing it of sponsoring the Islamic Revolutionary Guards Corps (IRGC) and its elite branch Qods Force, as well as Hezbollah, the Islamist political party and militant group based in Lebanon.

Therefore, Iran is financing domestic auto parts manufacturing to compensate for the lack of imports. The Iranian auto industry lost $3 billion until 2019, and $2 billion of this since the imposition of US sanctions, despite the fact that foreign car imports are restricted and highly taxed.

In addition, the CEO of Iran Khodro, one of the two largest semi-state automakers and partner with the French conglomerate PSA Peugeot Citroen, was arrested on charges of corruption in last August. Several managers from another automaker Saipa, are also in jail.

The chairman of the Auto Manufacturers Association said in October 2019 that if the auto manufacturing industry in Iran fails, the country will be forced to import 12-15 billion dollars of vehicles every year.

Iran’s automotive output between April 20 and May 20 declined by 14.6% compared to a year earlier. Iran Khodro (IKCO) and SAIPA, produced 78,190 passenger vehicles during the month, which is 13,436 less than their output a year earlier. Besides passenger vehicles, IKCO manufactures commercial vehicles, including vans, pickups, trucks and buses. However, during the period under review, IKCO halted the production lines of several models of commercial vehicles, according to the Iranian daily newspaper Financial Tribune.