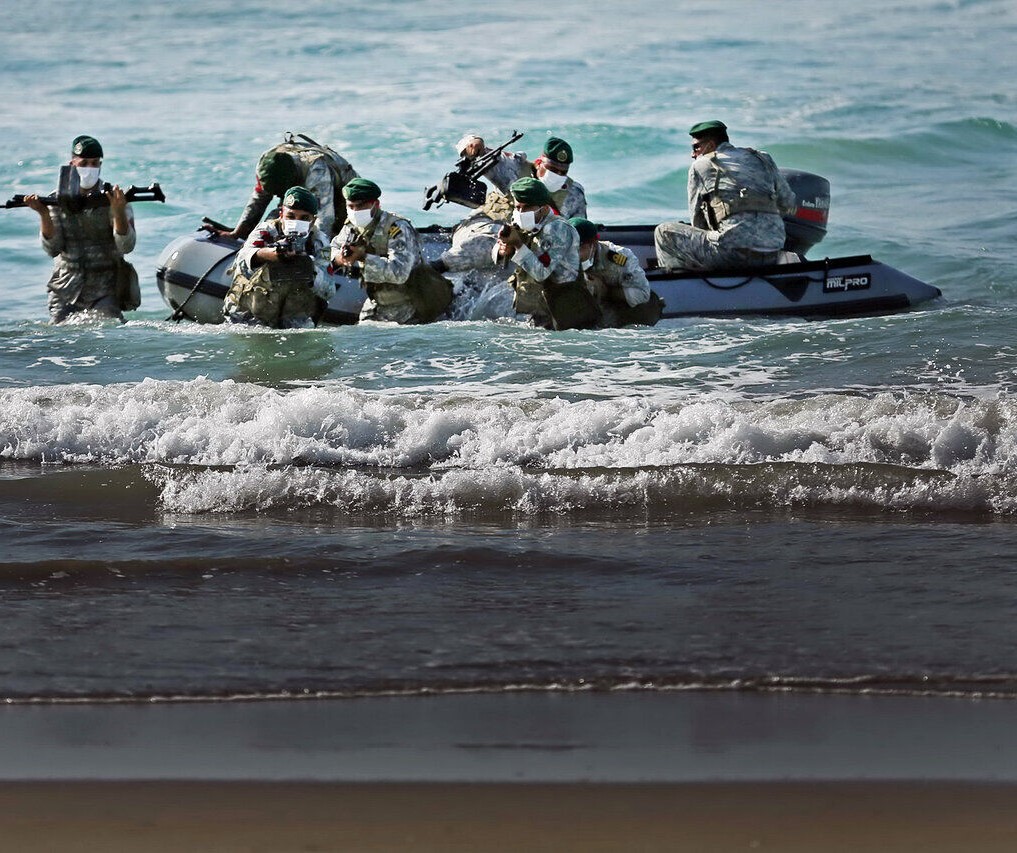 The naval, air and ground forces of the Iranian Army have staged the three-day massive drills dubbed "Zolfaghar 99" in the Persian Gulf, the Hormuz Strait, Makran Coasts, the Sea of Oman, and the northern Indian Ocean on September 10-12, 2020. / IRNA news agency

An Iranian drone has intercepted one US plane and two drones, which reportedly entered the country’s Air Defense Identification Zone during annual military exercises.

“One P-8 aircraft, MQ-9 and RQ-4 drones entered the country's Air Defense Identification Zone (ADIZ) while being in full observation of the country's integrated air defense network from miles away. Unlike international rules and regulations, an American plane and drones entered the unauthorized area of Air Defense Identification Zone illegally,” according to a statement from the Iranian army carried by state-run IRNA news agency on September 11.

The three-day “Zolfaqar-99” military drills began on September 10 under the command of the Army’s Zolfaqar base. The exercises involve naval, air and ground forces, covering an area of two million square kilometers in the eastern waters of the Strait of Hormuz, Makran coast, Oman Sea and the northern part of the Indian Ocean.

During the maneuvers, tactical offensive and defensive strategies towards territorial waters and maritime have been tested, amid heightened tensions with the United States over Washington's push to reimpose international sanctions on Iran.

A Ghadir-class submarine successfully fired a surface-to-surface cruise missile against a floating target, on the sidelines of the drills. “This subsurface missile can be installed on any type of submarine, and today this missile is in mass production and all army submarines will be equipped with this missile,” Spokesperson of “Zolfaghar-99” drills, Rear Admiral Shahram Irani said.

The Simorgh drone with long operational range and 24-hour flight duration, which is capable of carrying out various operations such as patrols, reconnaissance and combat operations, joined the Iranian naval forces in December 2019.

The Strait of Hormuz, which is situated between Oman and Iran and through which about one-fifth of the world’s oil passes, has been a source of US-Iran tensions. At a different military exercise near the waterway in late July, Iranian forces fired missiles at a replica of a US aircraft carrier.

Armenia's Defense Ministry has not ruled out the use of Iskander missile complexes against Azerba...

Azerbaijan has announced a partial military mobilization after clashes with Armenia erupted along...