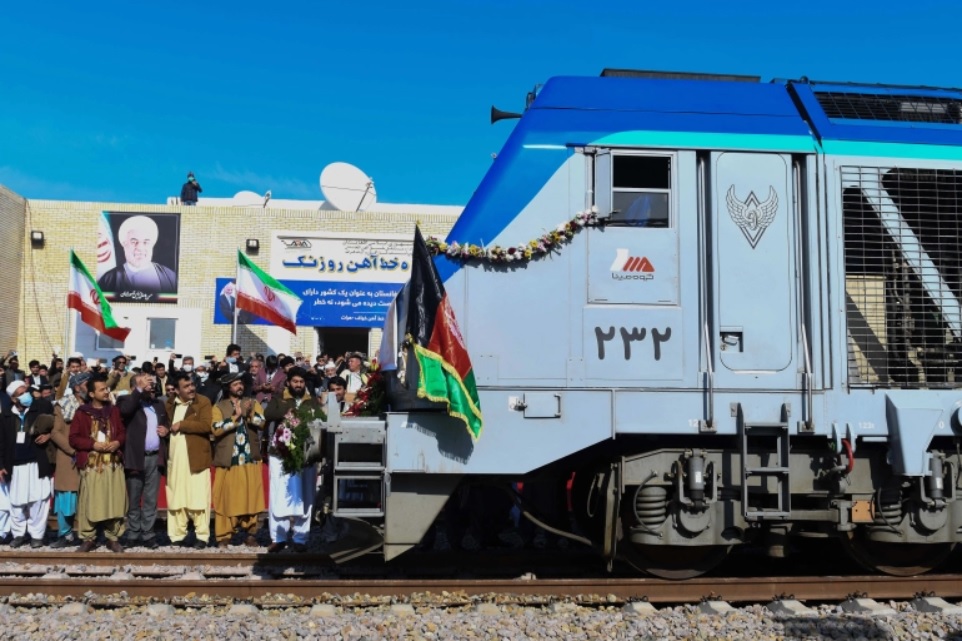 The implementation of the Khaf-Herat railway project started in 2007, while the overall costs for its completion reached $75 million as of 2022. / AFP

Iran has pledged to complete the construction of the Khaf-Herat railway between the two countries and extend it across Afghanistan up to China’s border.

The announcement came from Zabihullah Mujahid, spokesman for the Islamic Emirate of Afghanistan and Deputy Minister of Information and Culture, on March 29.

“The Iranian officials have promised to start very large projects in Afghanistan, including extending the Khaf-Herat railway to the Afghan province of Badakhshan on China’s border,” he said, according to a report by Iran’s Tasnim news agency.

Mujahid said that Tehran could also invest in other sectors in addition to mining. He further added that Iran is already implementing many local projects, especially in various energy sectors in Herat.

On March 8, Abbas Khatibi, the deputy head of Iran’s Construction and Development of Transportation Infrastructures Company, said that negotiations were underway to construct the 225-kilometer cross-border Khaf-Herat railway project halted following the Taliban takeover of the country.

“This project will somehow revive the Silk Road. It can connect the East to the West and play an important role in reducing export and transit costs,” the Iranian official said.

The implementation of the Khaf-Herat railway project started in 2007, while the overall costs for its completion reached $75 million as of 2022. In December 2020, the presidents of Iran and Afghanistan inaugurated the 225-kilometers-long railway line.

The railway links Khaf in the north-eastern Iranian province of Khorasan Razavi to Herat, the center of Herat Province of Afghanistan. Once completed, the railway would help transport 6 million tons of goods and up to a million passengers annually, running along the East-West transit corridor and connecting China to Turkey and Europe via Uzbekistan, Afghanistan, and Iran.

The project is part of a proposed $2 billion worth Five Nations Railway Corridor (FNRC), which would run through Iran, Afghanistan, Tajikistan, Kyrgyzstan, and China, for an estimated 2,000 km (1,242 miles). According to the project, to reach China, the railway line should run from Herat to the Afghan-Tajik border and, after crossing Tajikistan, pass through Kyrgyzstan, where it will reach the Chinese Xinjiang province.