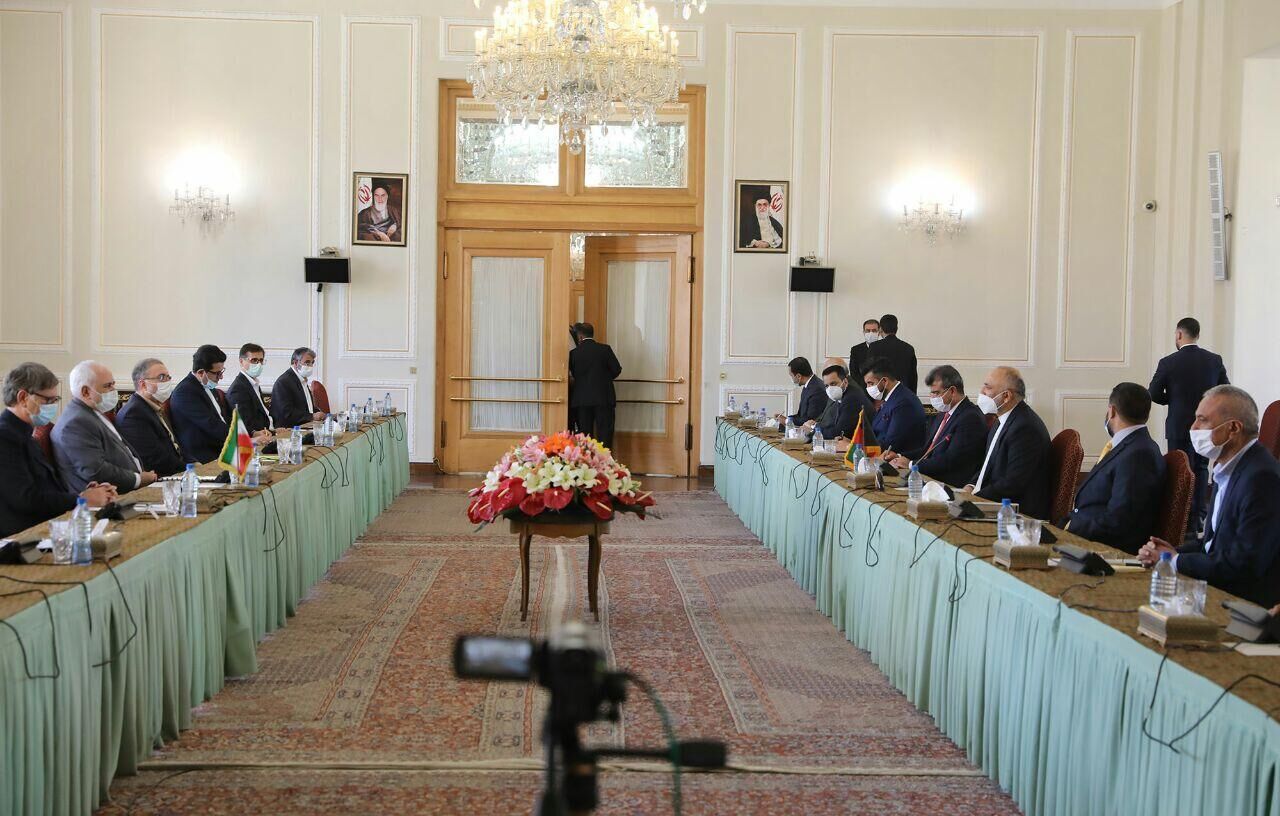 The Iranian and Afghan foreign ministers have called for preventing border incidents concerning migrants, and agreed to improve border security.

Referring to the recent incident near the border with Iran, Iran’s Foreign Minister Mohammad Javad Zarif said on June 21 that ‘‘human traffickers must be blamed for the tragic events as there is not enough monitoring at the borders.’’

‘‘Afghanistan’s evacuation of its border checkpoints has shifted all the responsibilities to Iranian border guards, and this has led to such incidents,’’  Zarif said as part of a meeting with the caretaker of the Afghan Foreign Ministry, Mohammad Haneef Atmar.

Iran’s high-ranking diplomat also expressed hope that the Afghan government would take more care to prevent ‘‘destructive activities of the ill-wishers who seek to disrupt the two countries’ relations.’’

On June 13, Iranian Foreign Ministry summoned Afghanistan Ambassador to Tehran Abdolghafur Lival to hear Tehran’s protest over activities of some anti-Iran groups in Afghanistan, who have recently attacked the Iranian embassy in Kabul and some of the Iranian missions in the country.

The Afghan foreign ministry confirmed on June 5 that three Afghans were killed and another four wounded in a vehicle carrying 13 involved in a traffic accident in the Iranian central province of Yazd. They burned to death in a crash after police reportedly shot at the vehicle fleeing from a checkpoint.

In another incident on May 2, according to the Afghan government’s probe, 46 Afghan nationals were forced by the Iranian border forces to cross the Harirod River, leaving 12 of them dead, 17 missing and 17 others who survived. Meanwhile, the Iranian side has denied the allegation.

According to the U.S. government data, in 2015 there were about 1 million registered and between 1.5 and 2.0 million undocumented refugees in Iran. Iran spends $8 billion on Afghan migrants every year in various spheres.

The International Organization of Migration (IOM) has reported that between November 19 and 25 in 2017, over 4000 undocumented Afghan refugees returned to Afghanistan from Iran, and the mass-migration is being caused by deteriorating protection space in Iran.

According to the Iranian foreign minister, Iran has hosted more than three million Afghans over the past 40 years.

‘‘The charge-free education provided for more than 520,000 Afghan students in Iranian schools upon the Islamic Revolution Leader’s order, and the admission of more than 22,000 Afghan students in Iranian universities show the goodwill and fraternal feelings of the Iranian people and government towards the Afghan people and government,’' Zarif said as part of the meeting with his Afghan counterpart on June 21.

For his part, the caretaker of the Afghan foreign ministry, Hanif Atmar, appreciated the Iranian support for the people of Afghanistan over the past four decades, and said that ‘‘the goal of the delegation’s visit to Iran is to try to allay the concerns and solve the problems and to prepare the ground for the development and promotion of relations.’’

During the meeting, the two sides stressed the need for more effective monitoring of the common border and agreed to work together to improve the level and quality of border care in order to ensure that the recent bitter incidents would not occur again.

The Iranian and Afghan ministers also agreed to prepare the text of the final agreement to be signed by the presidents within the next three months, in view of the agreements reached to provide the legal presence of Afghan citizens and their access to the Iranian labor market in the framework of negotiations for the preparation of a comprehensive document on strategic cooperation between the two countries.