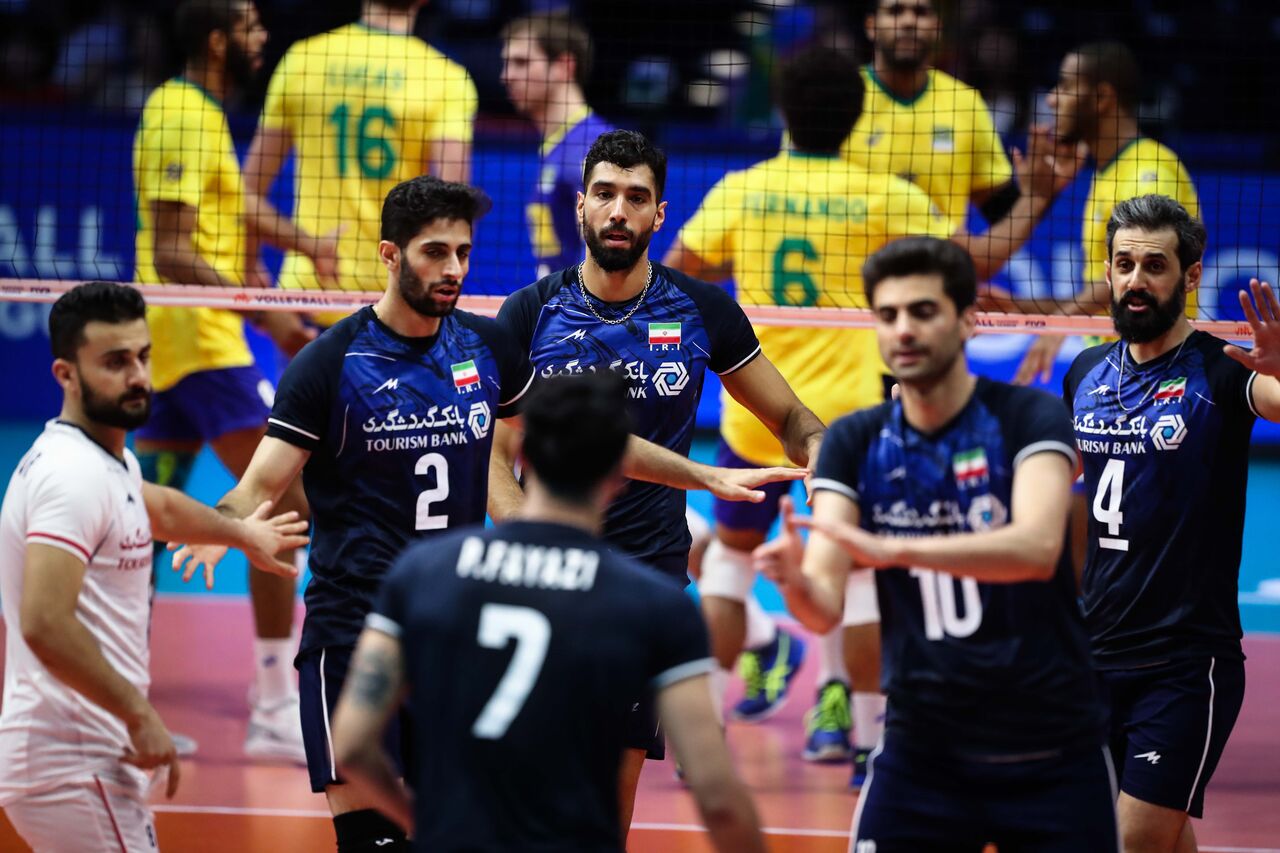 Iran, Brazil, Poland, Russia, France and the U.S. are set to compete in the finals of 2019 FIVB Men’s Volleyball Nations League, from July 10-14 at Credit Union 1 Arena in Chicago. / IRNA news agency

Another dispute between Iran & the United States has erupted, this time over volleyball. Iran’s foreign ministry has lodged a protest in response to a move by U.S. authorities to hold its volleyball players at O’Hare Airport in Chicago this past Saturday.

The Iranian national men’s volleyball team, in Chicago for the Final Six of the 2019 FIVB Volleyball Nations League, were detained for four hours after a 30-hour flight on July 6. The athletes were detained and interrogated by U.S. Customs and Border Protection agents, according to a report posted to Iran’s foreign ministry website on July 9.

“If the U.S. cannot host all athletic teams in a fair and even-handed way, it had better refrain from playing host to athletic competitions,” the director of the ministry’s Department for the Americas, Mohsen Baharvand, reportedly told the Swiss ambassador in Tehran.

Because the U.S. has no diplomatic representation in Iran, affairs are handled through a liaison office at the embassy of Switzerland in Iran.

Tensions between the U.S. and Iran have risen in recent months, as Washington officially announced its decision to end sanction waivers on eight countries that were continuing to buy Iranian oil, increasing the United States’ “maximum pressure” campaign against Iran.

“Our team was interrogated by the FBI upon arrival,” said Igor Kolakovic, the coach for the Iranian National Volleyball Team. “Some of the players had to answer the nonsensical questions asked by border control police one by one. The U.S. police kept our team in a small room at the airport for three hours while the Polish team left the airport there and then, with a smile on their faces and no formalities.”

The president of Iran’s Volleyball Federation also weighed in, saying “This is politics. I don’t know why they did it. Do our athletes have anything else to do but play sports? Their approach is not logical.”

Iran’s Sports and Youth Ministry also reacted to the issue, saying in a statement “The behavior of U.S. officials, as hosts of the FIVB Volleyball Nations League Final, towards Iran’s national volleyball team, is nasty and contrary to the Olympic Charter as well as the spirit of the world sports events.”

Meanwhile, a spokesman for U.S. Customs and Border Protection told CBS Chicago that, “normal CBP procedures were followed. Everyone was processed without incident.”

“Ahead of their arrival, the FIVB worked very closely with various stakeholders including the IOC, USOC and USAV to ensure that the Iranian delegation would have a smooth entry procedure,” said FIVB spokeswoman Anna Manuelian. “And whilst many of the Iranian delegation were not detained for an unusual period, those that were are understandably upset.”

Iran, Brazil, Poland, Russia, France and the U.S. are set to compete in the finals of 2019 FIVB Men’s Volleyball Nations League, from July 10-14 at Credit Union 1 Arena in Chicago.