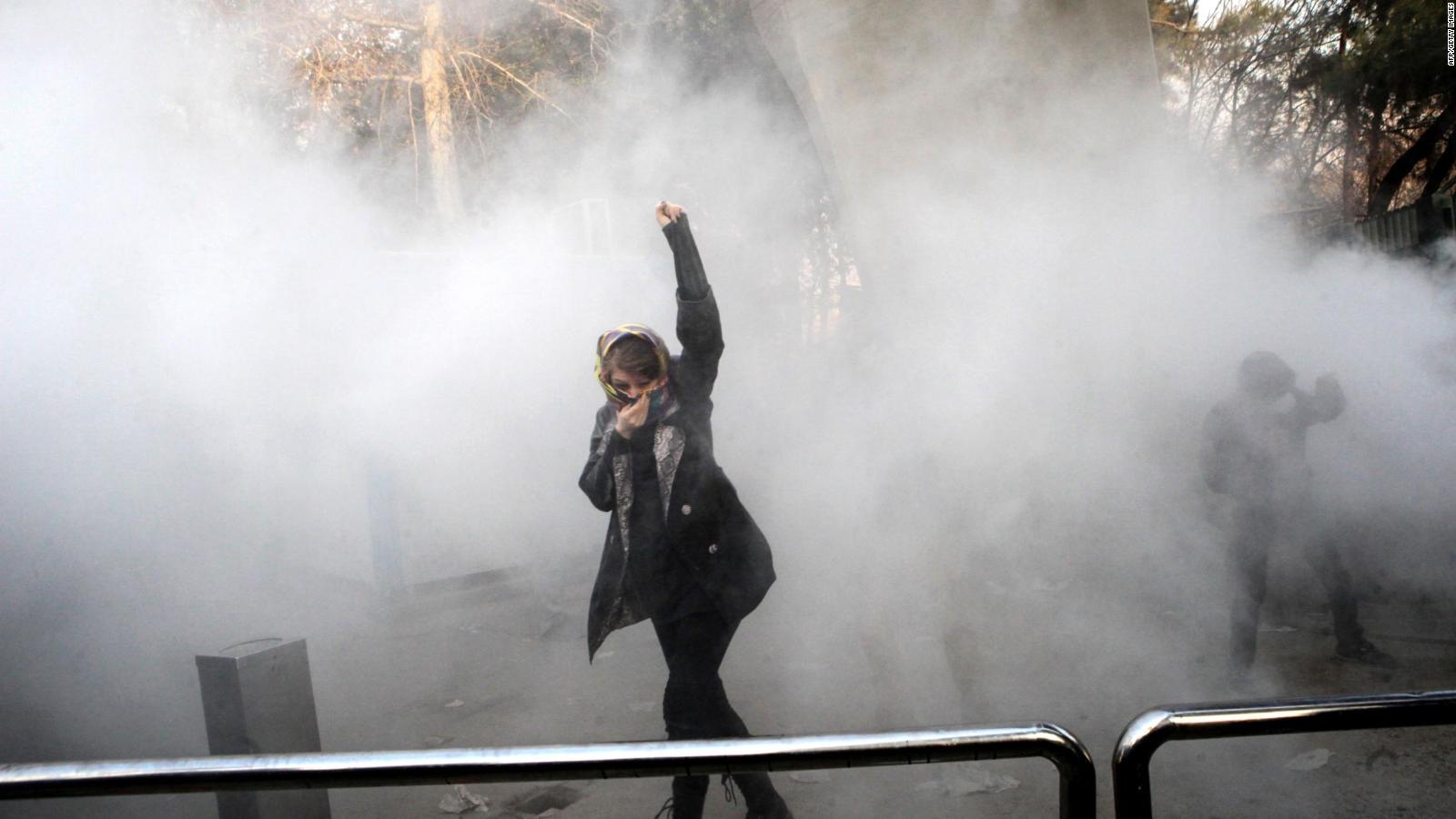 At least 22 people, including a police officer have been killed, and about 450 detained in Iran during a week of anti-government protests and unrest in major cities over economic situation. / CNN

Iran's ambassador to the United Nations Gholamali Khoshroo has accused the U.S. government of intervening in Iran’s domestic affairs, claiming it is supporting the riots that broke out in towns and cities across Iran since December 28.

“In the past several days, the U.S. administration, led by the U.S. President, has stepped up its acts of intervention in a grotesque way in Iran’s internal affairs under the pretext of providing support for sporadic protests,” Khoshroo said in a letter to the UN Security Council and to UN Secretary General Antonio Guterres on January 4, according to Iran’s Mehr News Agency.

Khoshroo said that "the President and Vice-President of the United States, incited Iranians to engage in disruptive acts in their numerous absurd tweets.”

According to Iran’s state media at least 22 people, including a police officer, have been killed in the protests. Roughly 450 individuals have been detained during a week of what are anti-government protests in major cities such as Tehran, Mashhad and Esfahan. Gripes range from Iran’s economic situation and price hikes, to frustration with Iran’s government.

What started as peaceful rallies quickly evolved into violent protests and clashes, becoming the most powerful challenge to the Iranian government since mass demonstrations against the result of the 2009 presidential elections took place over seven years ago.

In June 2009, Iran’s reformist opposition party, led by Mir Hossein Mousavi, accused the government of election rigging and gave hardline President Mahmoud Ahmadinejad a second term in office. Some Iranians felt disenfranchised and took to the streets, demanding that their vote count. Despite most western media portraying the events as another possible Iranian revolution, reformists were not looking to overthrow the Iranian government or its theocratic system, but a revocation of the election results.

In the events that continue to unfold in Iran, however, there is no single or prominent figure leading the protests.

Iranian officials are blaming western countries for “orchestrating” the riots, claiming Iran’s “sworn enemies,” like Saudi Arabia, the U.S., Israel and the U.K. are supporting the efforts of protestors.

Ayatollah Ahmad Jannati, the secretary of Iran's Guardian Council – the body in charge of checking legislation approved by the parliament within the framework of Iran’s constitution and Islamic law – said on Wednesday that these countries, “aim to weaken unity among Iran's Muslim people.”

Revolutionary Guard Commander Mohammad Ali Jafari interpreted events differently, saying “the plots orchestrated against the Islamic Republic were natural, because the Iranian people have long been rejecting the U.S. as their boss and stand against oppression.”

Meanwhile, President Hassan Rouhani recognized the people's “right to protest,” noting that criticism completely differed from violence or inflicting damage on public property. "We are a free nation and based on the Constitution and citizenship rights, people are completely free to express their criticism and even their protest," Press TV cited Rouhani as saying on December 31.

Iran's Ministry of Intelligence said on Thursday that a group of “terrorists” that were looking to provoke more unrest in Iran had been arrested following a clash with security forces. One terrorist suspect and three security officers were killed during the skirmish, in the northwestern city of Piranshahr in Iran's West Azerbaijan Province.

“If Telegram manager does not respect Iranians’ demand, the application will be closed completely,” Jahromi added.

On January 3 and 4, pro-government rallies across the country broke out, voicing their support for Iran’s ruling system. Demonstrators reportedly shouted slogans against the U.S. and Israel, carrying the national flag and banners in support of Iran’s Islamic Republic.