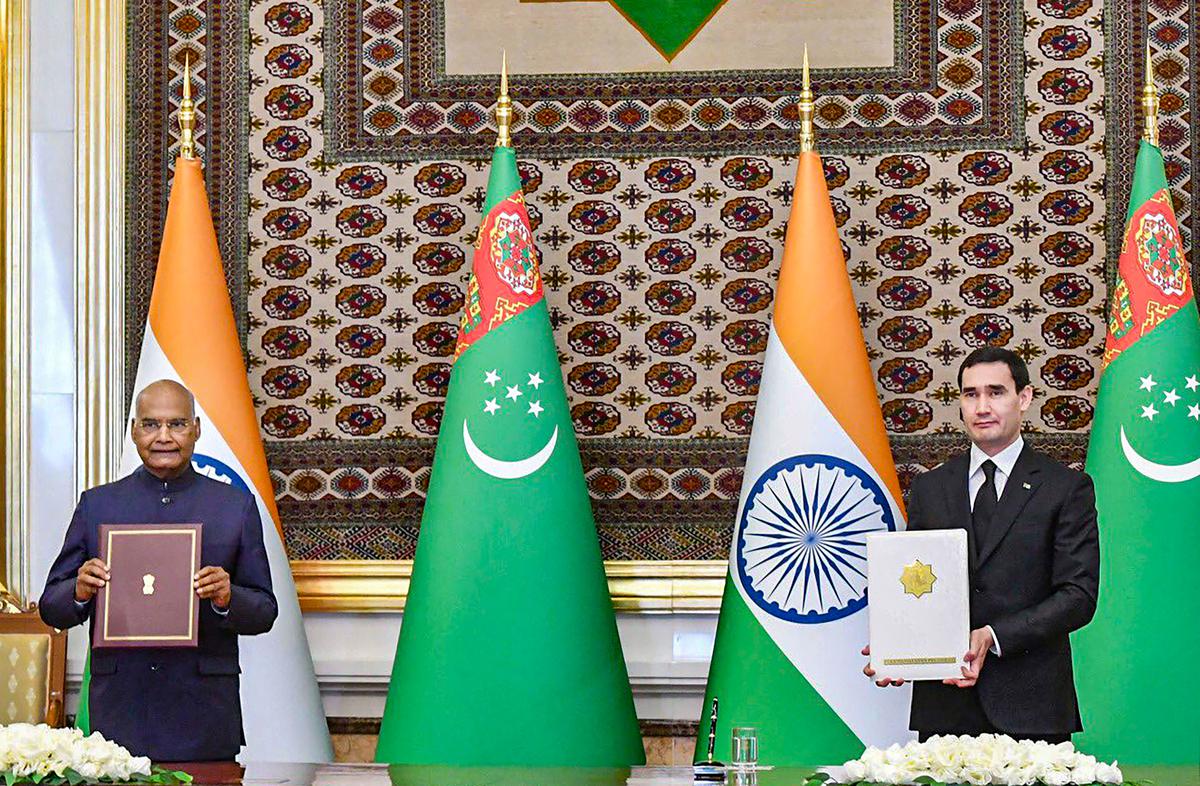 Government officials from Turkmenistan and India agreed to strengthen cooperation in various areas ranging from trade and energy to logistics and security during President Ram Nath Kovind’s official visit to Central Asia’s country on April 1-4.

President Kovind made history this month when he became the first Indian head of state to visit Turkmenistan. His trip focused on extensive talks with Turkmenistan’s newly-elected President Serdar Berdimuhamedow to expand bilateral relations between the two countries.

“We have agreed to intensify efforts to further strengthen our multifaceted partnership,” the head of India said in a statement.

“Economic relations strengthen bilateral ties. We agreed to do more to expand bilateral trade which has remained modest. Our business communities must deepen their engagement, understand each other’s regulations and identify new areas of trade and investment,” he added.

President Kovind further suggested that issues related to the security of the Turkmenistan-Afghanistan-Pakistan-India (TAPI) pipeline and key business principles “may be addressed in technical and expert level meetings.”

Meanwhile, the International North-South Transport Corridor (INSTC) and the Ashgabat Agreement on International Transport and Transit Corridor came into the spotlight during President Kovind’s visit to Turkmenistan. The Indian president stressed that the Chabahar port, jointly built by Iran and India, could be used to improve trade between India and Central Asia.

Iran’s second-largest seaport, Chabahar, is considered one of the key elements of the INSTC and is seen as a gateway for trade with Central Asian countries. In 2018, a part of Chabahar was transferred to the operational management of India.

In his turn, President Berdimuhamedow offered to organize direct negotiations on cooperation between the ports of Chabahar and Turkmenbashi. He is convinced that the transport sector is a promising area of cooperation between Turkmenistan and India.

“Turkmenistan pays priority attention to this direction as a country the territory of which provides, in fact, the only shortest route to the Persian Gulf, to the ports of Iran and from there to India,” the Turkmen president added.

On the last day of the visit of the Indian delegation to the Central Asian country, the two sides have signed three Memoranda of Understanding (MoU). The areas of cooperation include emergency management, exchange of financial information related to the legalization of proceeds from crime and financing of terrorism, as well as issues related to youth. In addition, the cooperation program in the field of culture and art was signed, covering the period of 2022-2025.