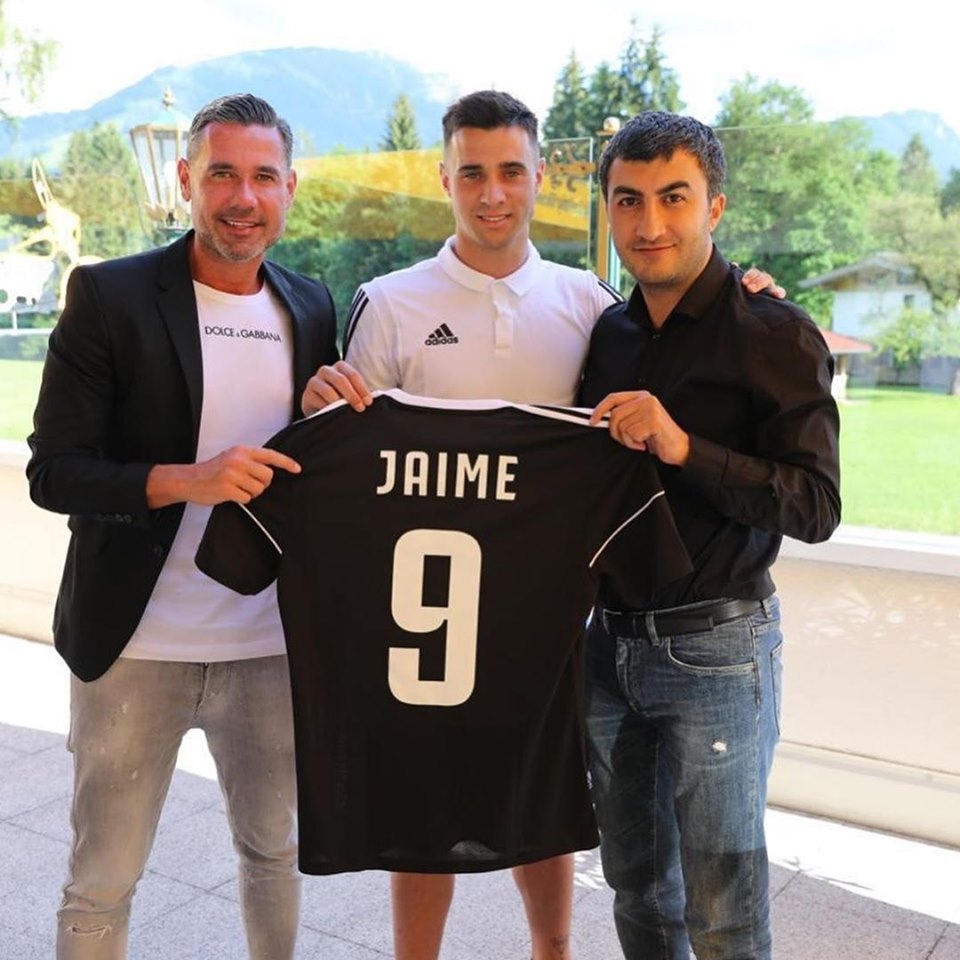 The Azerbaijani football (soccer) team Qarabag announced its first transfer from Spain for the 2019/2020 season, just ahead of playing in the first qualification round of the UEFA Champions League next month. Spanish right winger Jaime Romero inked a three-year deal with Qarabag until 2022.

“I am very happy to come to a club like Qarabag. This is a new experience for me,” Romero said following the contract signing on June 23, according to the club’s official website. “Of course, I have collected information about the club. I know that I have come to the most important team in Azerbaijan.”

The 28-year-old Spaniard started his career with Albacete, a team in Spain. His career continued with Zaragoza, and Real Madrid Castilla – the reserve squad of one of the world’s and Spain’s most successful team, Real Madrid. Romero then moved to Italy and played for Bari and Udinese. Immediately before joining Qarabag, Romero played for Cordoba in Spain.

Romero will wear the number 9 jersey for Qarabag, which was left empty after national footballer Araz Abdullayev changed his number to 7. Romero will be the third forward in the squad along with Dzon Delarge and Mahir Afatli. He will also be the third Spanish player on the team after number 10, Dani Quintana, and number eight, Michel. Romero’s market value is 400,000 euros ($455,000), according to Transfermarkt.

“It's normal to compete for your position in such a strong team. Competitiveness contributed to the development of both the footballer and the team,” Romero said, according to Qarabagh.com.

Romero went on to add that he will spare no effort to be physically on a par with his teammates in the games against the Albanian team Partizani in the first qualifying round of the UEFA Champions League.

Qarabag will play two games against Partizani, in an attempt to make it through the second qualifying round of Europe’s elite club-level tournament. The first game will take place in Albania’s capital city of Tirana on July 9 or 10. The second match will be played at either Tofig Bahramov stadium or Olympic Stadium in Baku, on July 16 or 17. Precise dates for the matches have not been set yet by UEFA.