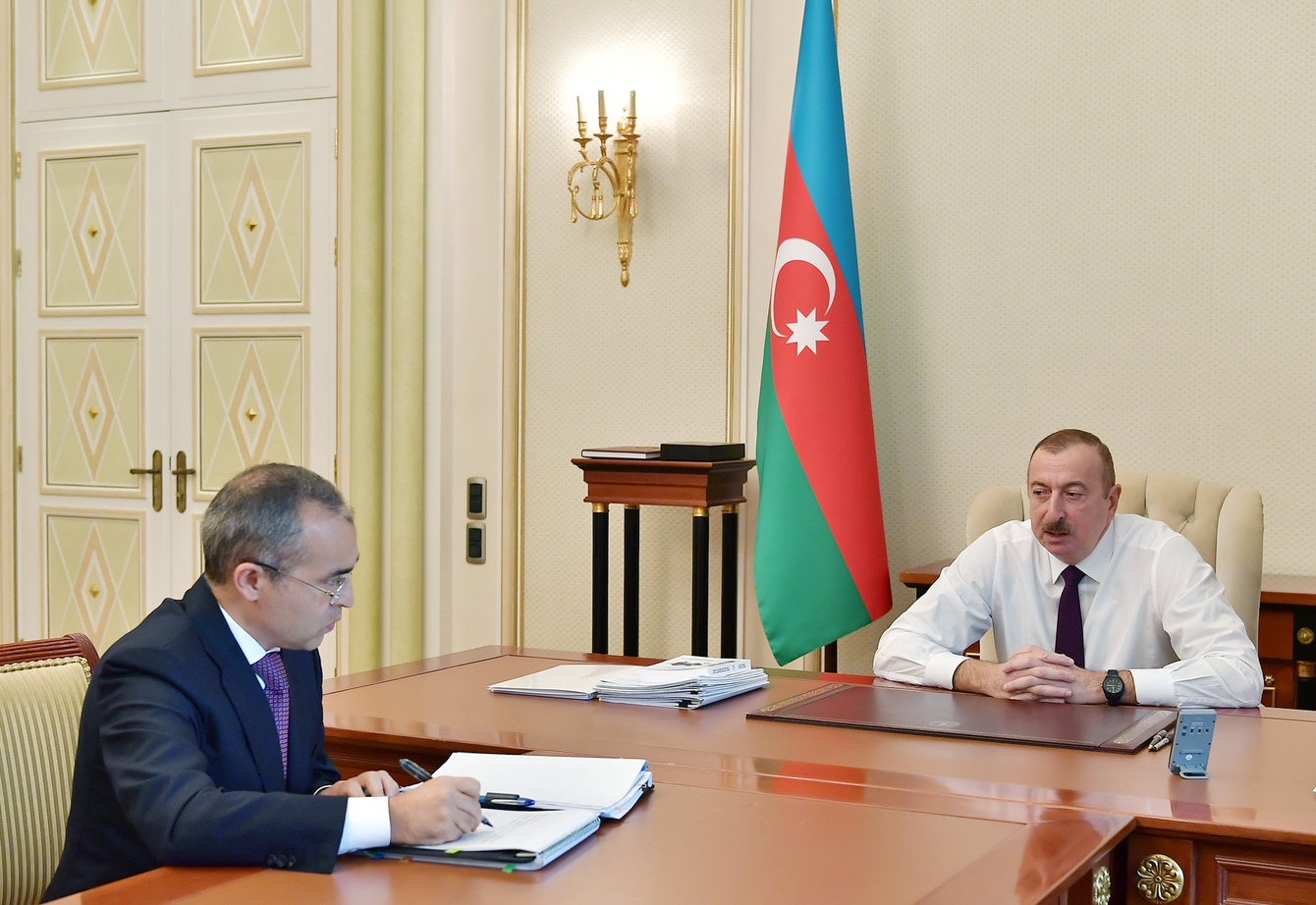 President Ilham Aliyev kicked off a new wave of extensive government reforms this week by eliminating one ministry, one state committee and one state agency, while calling for more investment into non-energy industries.

On October 21, the former minister of taxes, Mikayil Jabbarov, was appointed as the new economy minister. Jabbarov’s appointment to the economy ministry included absorbing the Ministry of Taxes, as well as the State Committee on Property Issues and the State Agency for Anti-Monopoly Policy and Supervision of Consumer Market.

President Aliyev's socio-economic reforms are aimed at diversifying an economy that has been reliant on hydrocarbon exports, in order to make the non-oil sectors more competitive while improving public administration. While reliance on oil and gas industries are displeasing in the long-term, Azerbaijan’s natural resources have served it well in recent decades, having allowed the economy to support large infrastructure and social projects throughout the Caspian country, as well as strengthened the armed forces.

However, President Aliyev is looking even further beyond the horizon.

“I would conditionally describe the current period as a post-oil era. Not because our oil is running out. On the contrary, our resources are quite large, including gas reserves of 2.6 trillion cubic meters. I am describing the current period as a post-oil and gas era because this sector needs to be pushed aside in our policies,” he said in a meeting with the newly appointed economy minister, according to President.az. “However, we must build our economic development on the basis of the non-oil sector, and here, of course, the Ministry of Economy has the leading role to play.”

“In general, our economic development should proceed at the expense of the non-oil sector. A lot of work has been done in recent years to achieve this, industrial estates with a special tax regime have been created. Agricultural estates have been established, and productivity there is also higher. However, we should resolve all these issues first of all through the prism of business development.”

Located at the crossroads of Europe and Asia, just south of Russia and north of Iran, Azerbaijan is known worldwide as a net energy exporter, thanks to its large oil and gas reservoirs. The Caspian country ranks 18 in the world for its proved crude oil reserves, estimated at around seven billion barrels, according to data compiled by the U.S. government; and comes in at number 25 for proved gas reserves.

The government in Baku, however, has spared no effort to boost the competitiveness and build up robust and profitable non-oil industries that are expected to help minimize the reliance on oil and gas exports in the long-term.

In 2017, Azerbaijan launched the Baku-Tbilisi-Kars (BTK) railway, better linking the country to its neighbor Georgia and Turkey and contributing to regional efforts to revive the ancient Silk Road trade route. The Baku International Sea Trade Port – the largest on the Caspian Sea – was initiated, ultimately allowing for 25 million tons of cargo per year to transit through the country. Both the BTK railway and the port are expected to speed up the time it takes for good to move from east to west and cut freight costs.

But non-energy development has not stopped with infrastructure and trade. The Neftchala Industrial Park located south of Baku is helping put a national brand known as Khazar on the map. The car brand will be marketed internationally sometime next year.

From January through June of this year, non-energy exports stood at $979 million, surpassing last year’s figures for the same period by $133 million, or 15.7 percent. For a nation of just over 10 million people that has become a focal point for European energy security, investments in such projects are critical to the long-term development of what is the South Caucasus region's wealthiest economy.

“The non-oil sector will make up 40.2 percent of the budget revenues in 2019 and 61.9 percent of the gross domestic product in Azerbaijan in 2019,” said Tahir Mirkishili, a member of Azerbaijan’s parliament, according to Sesqazeti.net.

International Monetary Fund (IMF) projections predict the growth of the non-energy sector in Azerbaijan to continue over the next year. The IMF mission chief for Azerbaijan, Natalia Tamirisa, said the non-oil sector will grow by 2.8 percent from 2019-2020.