In a Region Where The U.S. Has Few Allies, Azerbaijan Stands Out 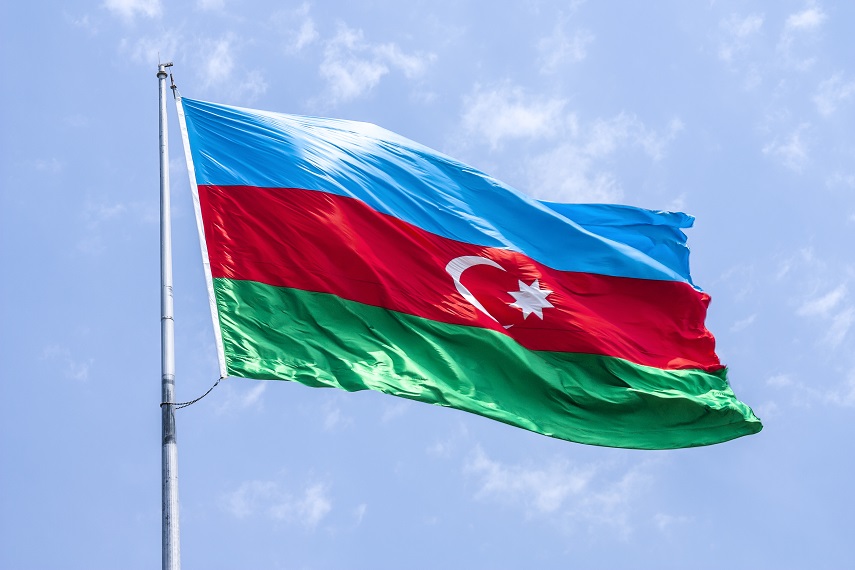 When many of the U.S. allies in Europe, including Germany and France, as well as partners in the Middle East, such as Saudi Arabia, Jordan and Kuwait had opposed the 2003 war in Iraq, Azerbaijan announced its airspace open for American aircraft. / Wikimedia Commons

The United States recognized its close ties with Azerbaijan in the fight against terrorism and the protection of democracy and regional security as it celebrated the 71st anniversary of the U.S. Air Force at the United States embassy in Baku.

Colonel Adam Kavlick, the Defense Attaché at the embassy, called the relationship between the two countries “great” and conveyed Washington’s aspirations for sustainable collaboration with the government of Azerbaijan.

“We look forward to continuing the great cooperation we have with Azerbaijan in supporting our efforts in Afghanistan, in countering global terrorist threats, and in ensuring regional security,” Colonel Kavlick said on September 18, according to a statement made available via the embassy’s website.

Azerbaijan is the only partner of the United States in the Caspian Sea basin, which includes Iran, Russia, Kazakhstan and Turkmenistan, working against the radical extremist terrorist organization known as Islamic State, often abbreviated as “IS” or “ISIS.” Baku wasted no time in cracking down on radical extremist movements, including the Salafist movement within the country.

Baku and Washington established official diplomatic relations on December 25, 1991, shortly after the collapse of the Soviet Union, of which Azerbaijan had been a part. Former President Heydar Aliyev’s meeting with U.S. President Bill Clinton in Washington in 1997 is recognized as providing the foundation for what is a mutually trustworthy and strategic relationship between the most powerful military in the world, and the most powerful in the South Caucasus region.

Following the September 11th attacks in the U.S., Azerbaijan cemented its relationship with Washington. President Aliyev was quick to convey Azerbaijan’s solidarity with the American people and vowed to provide all necessary means to help facilitate the U.S.-led war against global terrorism. Azerbaijan joined the International Anti-Terror Coalition, and granted unconditional clearance for the U.S. Air Force to use Azerbaijan’s airspace as part of the Operation Enduring Freedom in Afghanistan.

Azerbaijan currently provides ground and naval routes for roughly 40 percent of the international coalition’s fuel, food and clothing supplies bound for forces in Afghanistan. Moreover, 120 servicemen from Azerbaijan serve alongside the U.S. troops in Afghanistan under the non-combat Resolute Support Mission.

“Azerbaijan is a valued partner of the United States,” President Donald Trump said in his letter to President Ilham Aliyev in May 2017. “Together, we are working to enhance global security through our joint counterterrorism efforts. We stand with the people of Azerbaijan and are committed to strengthening our relationship through dialogue on security, economic cooperation, and democratic principles.”

When many of the U.S. allies in Europe, including Germany and France, as well as partners in the Middle East, such as Saudi Arabia, Jordan and Kuwait had opposed the 2003 war in Iraq, Azerbaijan announced its airspace open for American aircraft that were conducting regular flights to help ground forces oust Saddam Husain regime.

But providing troop and logistical support to U.S. military missions abroad have not been the only contributions Azerbaijan has made to U.S. security initiatives. At times, support for the United States has been close to home.

In March 2012, the state security forces of Azerbaijan prevented the U.S. embassy in Baku from being attacked by detaining 22 people who were reportedly “to commit terrorist acts against the U.S., Israeli and other Western states' embassies and the embassies' employees,” according to reports by Al Jazeera.

“Azerbaijan is where security of everyone is guaranteed against any terror act, despite that fact that the country is geopolitically located in a region that can be used for transit purposes by terrorist organizations,” Shair Ramaldanov, the former head of the Azerbaijan Armed Forces Military Academy’s training corps, told Caspian News.

“The knowledge and experience of Azerbaijan in securing its homeland security put the country forward on the U.S. foreign policy map as a reliable partner in counterterrorism campaigns. A country that is able to haunt terrorism down from its own territories can, of course, be a unique integral part to regional and worldwide anti-terror combats.”

The State Department’s 2017 Country Reports on Terrorism identified Azerbaijan as a strong counterterrorism partner to the United States based on the country’s active work to detect and defeat terrorist efforts to move people, money and materials across its land and maritime borders. Azerbaijani law enforcement have arrested and prosecuted suspected terrorists over the years, and prosecuted returning Azerbaijanis that had been incorporated into terrorist operations outside of Azerbaijan. According to the report, in the wake of Azerbaijani counterterrorism cooperation, the risk of terrorist attacks against tourist locations frequented by American citizens and U.S. economic interests in Azerbaijan have been significantly reduced.