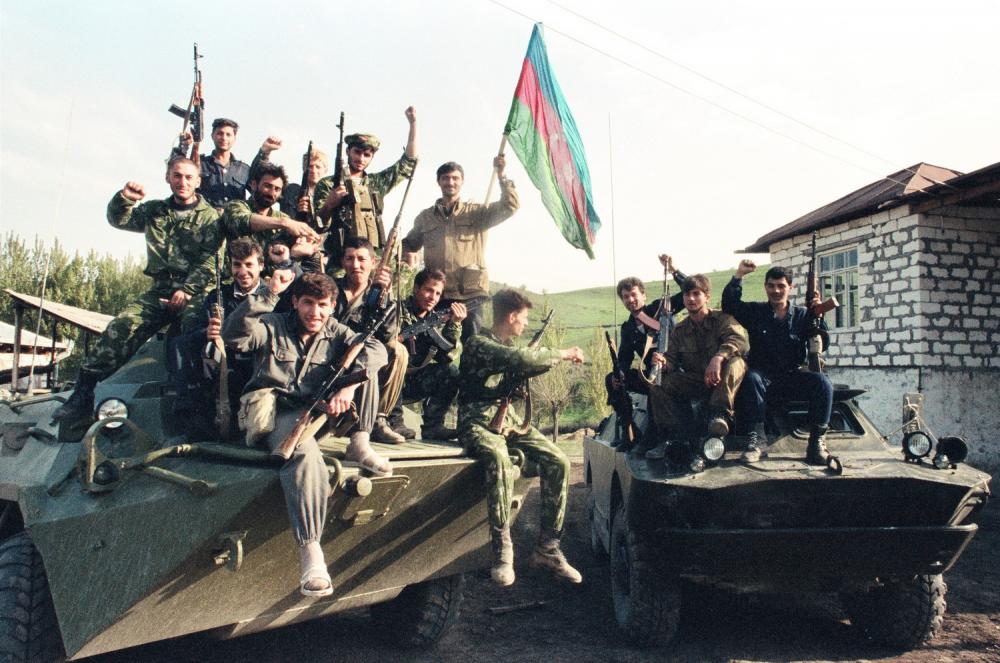 The International Committee of the Red Cross (ICRC) collected 700 samples of biological materials from 303 family members of Azerbaijani citizens who went missing in the 90s during the First Karabakh War.

The collection of the samples was carried out during the first 6 months of this year, the Public Relations Department of the Baku office of the ICRC told the Baku-based Report news service.

The samples will reportedly be used to identify missing persons during a possible exhumation.

Meanwhile, the ICRC specialist also rendered psychosocial support to 47 members of the families who lost their relatives during the First Karabakh War between Armenia and Azerbaijan from 1991-1994. The headquarters of the International Committee of the Red Cross in Geneva, Switzerland, December 31, 2018 / Getty Images

Armenia and Azerbaijan had been locked in a decades-old armed conflict over the latter’s Karabakh (Garabagh) region. Following the Soviet Union’s dissolution in 1991, Armenia launched a full-blown military aggression against Azerbaijan, marking the longest and deadliest war in the South Caucasus region. The bloody war ended with a ceasefire in 1994, which saw Armenia forcibly occupying 20 percent of Azerbaijan’s internationally recognized territories. Over 30,000 Azerbaijanis were killed, 3,890 went missing, and one million others were expelled from those lands in a brutal ethnic cleansing policy conducted by Armenia.

According to data compiled by the Azerbaijani government, 3,890 Azerbaijani citizens, including 71 children, 267 women, and 326 older adults, went missing during the First Karabakh War from 1991 to 1994. Baku has been demanding that Armenia assist in investigating the fate of those people, a request that remains unfulfilled.

During the most recent Karabakh war in 2020, nineteen servicemen of the Azerbaijani army went missing, Azerbaijan's State Commission for Prisoners of War, Hostages and Missing Persons reported shortly after the hostilities.

Azerbaijan’s foreign minister Jeyhun Bayramov said Armenia and Azerbaijan have dealt with missing persons differently. After the end of the 44-day war, Azerbaijan contacted the ICRC to return the bodies of 1,709 Armenian servicemen to Yerevan, according to Bayramov. However, despite two years having passed since the end of the war, Armenia continues to stick with its decades-long refusal of taking any measures aimed at disclosing the fates of Azerbaijanis missing both in the first and second wars in the Karabakh region.

“By pointing out the norms of international humanitarian law violated by Armenia, related issues are raised in the UN and its various agencies, in general, in all international institutions,” Bayramov said, referring to Azerbaijan’s reaction to Armenia’s neglect. "We understand that most likely these people are not alive, but they have next of kin and friends.”

Meanwhile, post-war searches in the liberated territories unearthed the remains of 12 civilians in the Kalbajar district, where the Armenian armed forces committed the Bashlibel mass murder in 1993. In addition, earlier this year, mass graves of the Azerbaijanis were found in the Dashalti village near Shusha city and the Edilli village of the Khojavand district.

Experts in Baku believe that the mass graves of Azerbaijanis killed by Armenians could be found in more locations in the Karabakh region, including in the Khojavand, Khankendi, Khojaly, Fuzuli, Shusha, and Aghdam districts.