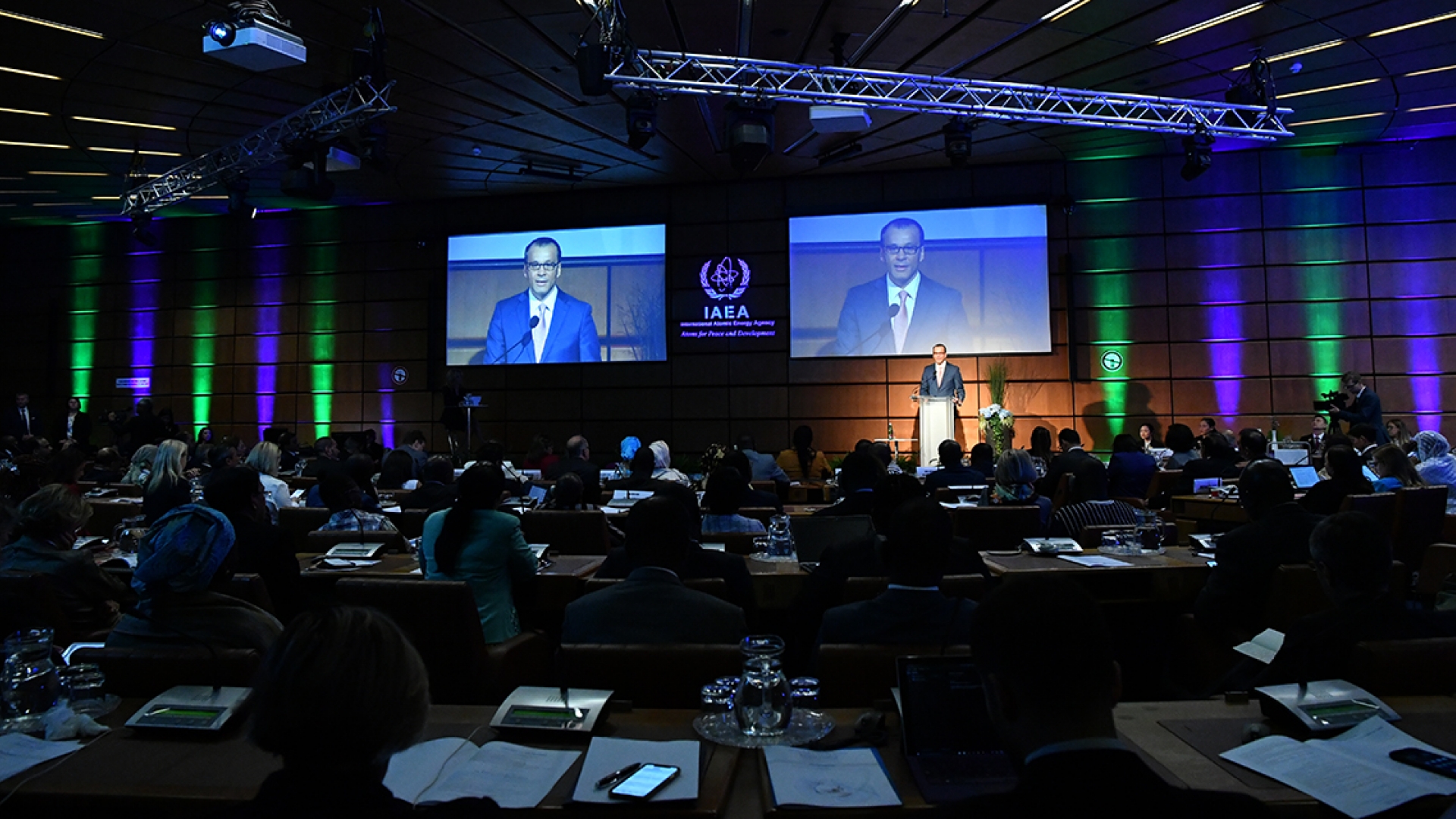 The conference, which opened on Monday and wraps up tomorrow, has brought together delegates from 170 countries to discuss issues related to radiation safety and ways to strengthen the agency’s technical cooperation activities.

While Kazakhstan is ranked as the world’s biggest uranium producer, nuclear security has always been a top priority for the government in Nur-Sultan. A national policy of non-proliferation adopted by what is Central Asia’s largest country has once again come under the spotlight this week as energy officials from across the world gathered in Vienna for the International Atomic Energy Agency (IAEA) General Conference.

The conference, which opened on Monday and wraps up tomorrow, has brought together delegates from 170 countries to discuss issues related to radiation safety and ways to strengthen the agency’s technical cooperation activities. Officials from Kazakhstan’s energy ministry, as well as representatives of the state nuclear company Kazatomprom and the National Nuclear Center are in attendance.

Already an agreement between Kazakhstan and the United States has been signed, where the two sides will team up to reprocess nuclear waste that Kazakhstan inherited from the Soviet Union’s nuclear industry, after the country became independent in 1991.

Kazakhstan is currently working to convert reactor fuels from highly-enriched uranium (HEU) to low-enriched uranium (LEU), to minimize the civilian use of HEU, and reduce associated security and proliferation risks – all activities that are part of international efforts coordinated by the IAEA.

Cooperation between Kazakhstan and the U.S. in the realm of nuclear security is not new. In 1994, the countries’ governments launched a covert project dubbed “Sapphire” in order to reduce the threat of nuclear proliferation, as part of the U.S. Department of Defense’s Cooperative Threat Reduction Program. The U.S. ultimately removed nearly 600 kilograms (1,100 lbs) of weapons-grade enriched uranium placed in a warehouse at the Ulba Metallurgical Plant outside Ust-Kamenogorsk.

Today Kazakhstan possesses about 12 percent of the world’s recoverable uranium, with 50 known deposits and 22 uranium mines operated by Kazatomprom and via joint ventures. Most of the country’s uranium can be extracted by the environmentally friendly and low-cost method known as underground leaching. The former Soviet republic has no nuclear power plants of its own.

At the same time, Kazakhstan owns the world’s largest LEU bank, which was set up by the IAEA as a source of nuclear supplies of last resort to countries with electricity-producing powerplants, should they be unable to obtain fuel for their plants on the open market. The agency is now in the final phase of making the bank operational.

“The first delivery of LEU to the storage facility is expected to take place within several weeks, at which point the IAEA LEU bank will become established,” reads a statement published to the agency’s website.

Since 2012, China has been the largest buyer of Kazakhstani uranium, with more than 13,000 tons purchased in 2016. Energy officials from Beijing announced their intent this week in Vienna to increase nuclear imports from Kazakhstan. In addition, Kazatomprom says it will provide Chinese power plants with fuel assemblies, starting in 2020.