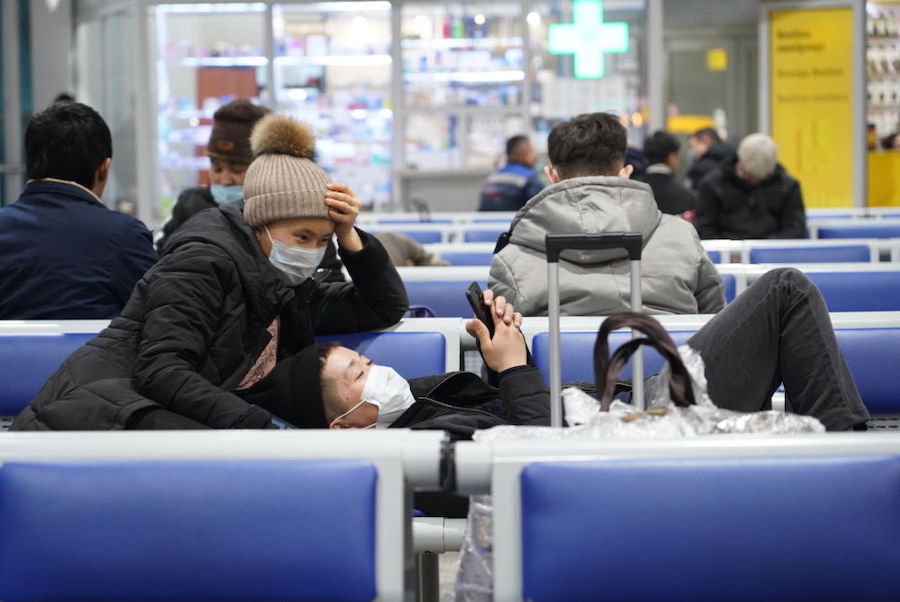 Kazakhstan evacuated 83 people, of which 80 are students, on a charter flight that arrived in Nur-Sultan on February 2. / Timur Batyrshin / Sputnik Kazakhstan

The government of Kazakhstan completed the evacuation of 217 more of its nationals from parts of China hit by the new coronavirus, where hundreds of Kazakhstanis are studying in universities. After landing in Nur-Sultan on Tuesday they were taken to quarantine facilities, where they will be kept under observation for a minimum of three days.

“There are certain risks, so they will be screened [for coronavirus],” said Yelzhan Birtanov, Kazakhstan’s Health Minister, according to a report by Sputnik Kazakhstan.

Previously, Kazakhstan evacuated 83 people, of which 80 are students, on a charter flight that arrived in Nur-Sultan on February 2. The country’s officials announced this week that one more chartered flight evacuating about 155 Kazakhstanis from the virus epicenter in Wuhan, China was scheduled to land in the country’s capital city on Wednesday.

As of today, nearly 497 nationals of Kazakhstan, of which 337 are students, remain in China, according to the data compiled by the country’s foreign ministry. At the same time, more than 300 people refused to leave China.

‘‘At least 342 citizens of Kazakhstan have refused to leave China. The embassy, together with the Ministry of Education and university administrations, are working to provide them with the necessary medical supplies,” said Mukhtar Tleuberdi, who heads Kazakhstan’s foreign ministry, according to a report by Inbusiness.

Meanwhile, public health officials in Kazakhstan confirmed no cases of a mysterious deadly coronavirus, which has already infected over 43,000 people in China and beyond and left more than 1,000 dead, have been reported in the country.

An epidemic of a novel coronavirus or 2019-nCoV is mostly affecting mainland China, along with isolated cases in 27 other countries and territories. It was first identified in Wuhan, the capital of China’s Hubei province after 41 people developed pneumonia without a clear cause. After cases of human-to-human transmissions were confirmed outside China, the World Health Organization (WHO) declared the coronavirus outbreak an international public health emergency.

Many countries, including Kazakhstan, have tightened control at airports and border checkpoints over coronavirus fears.

In mid-January, the country has suspended all passenger travels to and from neighboring China and canceled the issue of visas to Chinese citizens. The country has also temporarily shut down the Khorgos International Center for Border Cooperation (ICBC) and all checkpoints along the state border with China to contain the deadly virus.

Minister Birtanov says a total of 260,885 people has been screened since January 6 — including 30,852 nationals of China — at all checkpoints along the state border, to prevent the deadly virus from spreading in Kazakhstan.

“As of this morning, 140 people were hospitalized with fever and symptoms of influenza, of which 113 were discharged with recovery, while 27 remain in hospitals. The patients are in satisfactory condition. None cases of coronavirus were reported among those hospitalized,” he said Tuesday.