Human Rights In Iran Are Back In The Spotlight 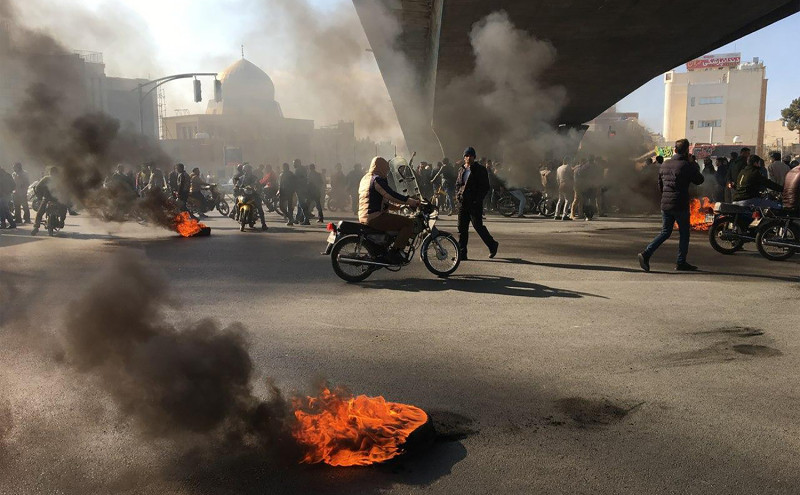 Iranian protesters hold a demonstration against an increase in gasoline prices in Isfahan, Iran, on November 16, 2019. / AFP/Getty Images

A spokesman for Iran’s foreign ministry has denounced a recent statement by the European Union’s incoming foreign policy chief on the status of human rights in Iran, which accused the country of using “disproportionate” and “unacceptable” levels of violence against protesters.

“Holding popular protests and demonstrations is among the recognized rights of people in the Islamic Republic; but taking advantage of this right to loot or attack the people and public places is intolerable, as it is not tolerated in Europe itself,” Abbas Mousavi said according to the ministry’s website. He said the statement issued by the EU was based on incorrect and biased information.

“We call on the European Union to seriously consider the violation of human rights in a number of the [EU] Member States or in its allied countries, and to honour its commitments regarding the JCPOA and the violation of rights of more than 80 million Iranian citizens under the inhumane and unilateral sanctions imposed by the United States of America,” he added, referring to the Joint Comprehensive Plan of Action, signed in 2015 and also known as the nuclear deal.

Mousavi’s remarks are a reaction to a statement attributed to the newly-appointed High Representative of the European Union for Foreign Affairs and Security Policy Josep Borrell, which was published on December 9.

“Over the past weeks, many people all across Iran have exercised their fundamental right to assemble and expressed their economic grievances. A growing body of evidence indicates that despite repeated calls for restraint, the Iranian security forces’ disproportionate response to recent demonstrations has led to high numbers of deaths and injuries. For the European Union and its Member States, the widespread and disproportionate use of force against nonviolent protestors is unacceptable,” the statement read.

Borrell urged the Iranian authorities to, “ensure transparent and credible investigations to clarify the number of deaths and arrested, and to provide due process to all detainees.”

It also described Iran’s decision to shut down internet access to global networks for over a week as, “clear violation of the freedom of speech,” saying it, “prevented communication and the free flow of information for Iranian citizens.”

A petition published on December 9 by international civil society organizations called on governments to support the draft resolution of the Third Committee of the UN General Assembly on November 14 on the situation of human rights in Iran and to help ensure those responsible for human rights violations are held to account.

Iranian authorities who attribute the protests to "foreign plots" have not officially announced the death toll of the protests but Amnesty International has confirmed that at least 208 protesters lost their lives in the protests triggered by a three-fold increase in gasoline prices on November 15.