Huge Collection Of Musical Instruments To Go On Display In Baku 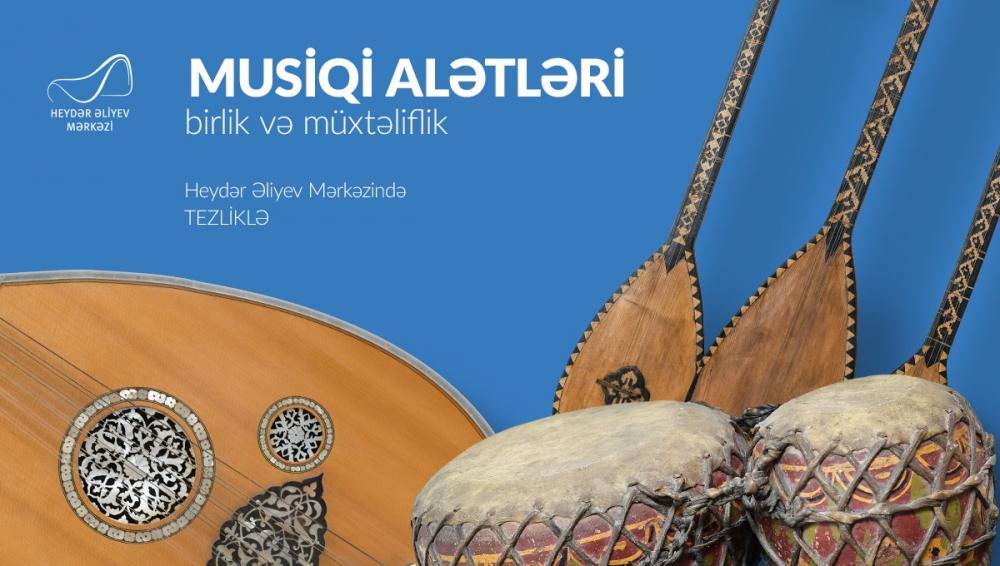 “Musical Instruments: Unity and Diversity” exhibition will open at the Heydar Aliyev Center in Baku on September 17, featuring more than 200 items from the collection belonging to the Heydar Aliyev Foundation and dating back to the period between the 18th and 20th centuries.

A collection of more than 200 musical instruments from across the world will go on display in Baku next week, bringing unique samples of traditional forms of art and music to the Azerbaijani capital.

“Musical Instruments: Unity and Diversity” exhibition will open at the Heydar Aliyev Center in Baku on September 17, featuring more than 200 items from the collection belonging to the Heydar Aliyev Foundation and dating back to the period between the 18th and 20th centuries.

The exhibits will be showcased within a number of sections based on the principle of what unites or distinguish the musical instruments presented. Visitors to the exhibition will be able to see the features of a particular instrument, and also listen to how it sounds, as the organizers of the event have installed special screens next to each instrument for viewing video files, as well as equipment for listening to audio.

One of the main attractions is kamancha – an Azerbaijani bowed string musical instrument – pearled and inlaid with gold and diamonds and depicting scenes from Khamsa, a poetical work by the great medieval poet of Azerbaijan, Nizami Ganjavi. Another musical instrument to be exhibited at the Heydar Aliyev Center is nagara, the most widespread of the membranophone instruments, from Azerbaijan’s northwestern city of Sheki and dating back to the 18th century.

The exhibition in Baku will also showcase musical instruments once belonging to famous artists, including the daf (a frame drum) of Khan Shushinski, who was a famous Azerbaijani khananda – a folk singer. Also included in the collection is a musical instrument made by Azerbaijan’s musician Natig Shirinov in 2006, which is based on an ancient percussion instrument found during archaeological excavations, as well as the first stereo string musical instrument called “Stereo Buta” and created in 2015.

Meanwhile, those visiting the exhibition will be able to listen to a piece of Azerbaijani folk music mugham performed by oboe player Kamil Jalilov, which was included in the phonograph records aboard the Voyager spacecraft, launched in 1977.