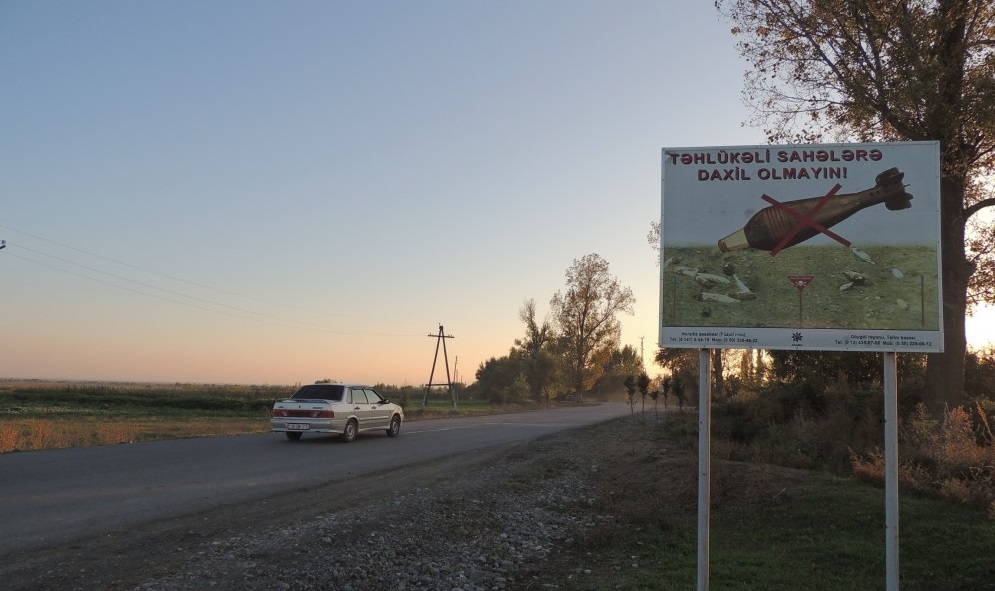 American author and radio host John Batchelor recently voiced the situation that has kept South Caucasus neighbors Armenia and Azerbaijan at odds with one another for over a quarter of a century. The Nagorno-Karabakh conflict, which sparked during the breakup of the Soviet Union in the late 1980s and led to an all-out war that lasted until a ceasefire in 1994, was featured during a special live stream audio of The John Batchelor Show on New York’s 77 WABC Radio on Monday.

In a live broadcast from Ganja, Azerbaijan’s second-largest city, Batchelor shared his impressions of the visit he made to the frontlines, where troops from Azerbaijan and Armenia continue the decades-old standoff.

“I’ve traveled here because of the troubles in Nagorno-Karabakh, which [is] a region of Azerbaijan that was invaded and occupied by Armenian forces at the end of the Cold War more than 25 years ago,” he said in an audio broadcast by Audioboom.

“I traveled to the frontlines in these last hours … and was taken to the very frontlines, a trench line that is at the edge of a minefield where the Armenian military is dug in.”

After looking through a periscope to the Armenian positions in what is internationally recognized territory belonging to the Republic of Azerbaijan, Batchelor met with Azerbaijanis living in Gapanli village in the Tartar region located along the Line of Contact. He described both hope and fear making up the life of Azerbaijani citizens that have settled near the war-torn territories, people with an eagerness to earn a decent living by farming while at the same time full of fear of possibly being shot by Armenian troops.

“[There is] rich farmland. The farmers of Azerbaijan are so eager for their crops that there is a village right up against the minefield,” he said, referring to Gapanli village. “The harvest is extremely rich in this region, Nagorno-Karabakh, and Tartar region right behind it.”

“On the Armenian side you don’t see any village activity, you don’t see any farm. What you see are military positions. One of the positions is mortars. There was [mortar fire] in June and there could be again in September, there is no knowing.”

Tartar lost 13 villages to the Armenian occupation in the early 1990s. Since then, the region has been regularly hit by heavy artillery shelling from Armenian military positions stationed in the occupied lands.

One of the residents in the frontline village of Gaziyan, also located in Tartar, told the BBC that there is so much mortar shrapnel on the ground that children in the village collect it and fill their pockets.

After the dissolution of the Soviet Union in 1991, Armenia and Azerbaijan, just two of the 15 former Soviet republics, fought a bloody war that was propelled by Armenia’s claim on Azerbaijan's Nagorno-Karabakh region due to the partial presence of ethnic Armenians there living side-by-side with indigenous Azerbaijanis. The full-scale war, which ended only with a ceasefire in 1994, resulted in Armenia occupying the entire Nagorno-Karabakh region plus seven surrounding districts. The war took the lives of 30,000 Azerbaijanis and displaced one million others from their homeland. Despite four United Nations Security Council resolutions calling for the Armenian military’s full withdrawal from the occupied areas, they go unheeded.

Shortly before Batchelor’s visit, Azerbaijani soldier Ramin Abdulrahmanov was shot dead by Armenian sniper fire after he lost his way in a neutral zone along the frontline on September 22. The total death toll of Azerbaijani soldiers from Armenian bullet in the area from the 1994 ceasefire until 2016 is 785.

Meanwhile, Armenia’s armed forces kicked off massive military drills next to the Line of Contact short after The John Batchelor Show covered the situation along the frontline. The military rehearsal, which began Tuesday, will wrap up on October 1. According to Armenian media reports, the drills are said to be unprecedented in scale.