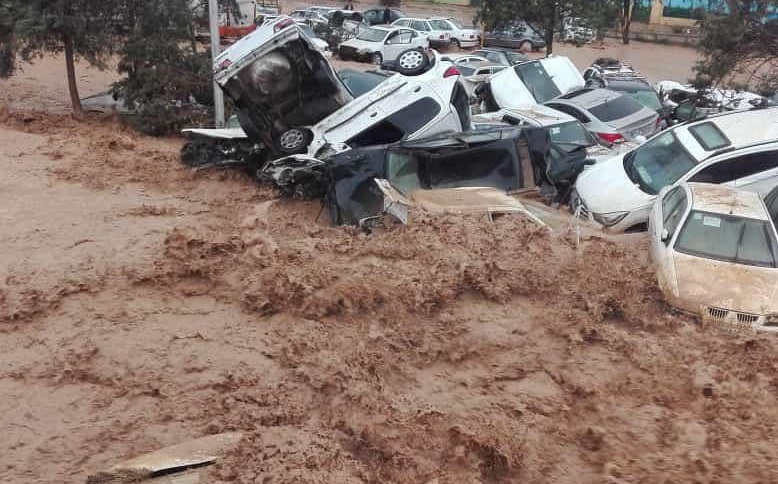 Flash flooding in Iran has killed at least 19 people and injured 119 in the city of Shiraz in Fars province. / IRNA news agency

Nearly one week after the start of the Persian New Year, 43 people were killed and more than 100 were wounded due to heavy rains and flooding in the southern and western parts of Iran. At least 28 provinces out of 31 have been affected by floods, and hundreds of people are now displaced.

Flooding began in the four northern provinces of Mazandaran, Golestan, Semnan and North Khorassan on March 19. Over 56,000 people have been affected in cities and rural areas in Golestan and Mazandaran as a result of heavy rainfall that lasted through the 20th.

The provinces of Lorestan in the west, Kohgiluyeh and Boyer-Ahmad in the southwest, and the southern province of Fars have also been affected by flooding which also hit as many as 17 cities and more than 600 villages in the two northern provinces.

Floods have destroyed roads, bridges and many urban infrastructure, and has inflicted heavy losses on agricultural and farming businesses throughout the country. Reports have circulated stating that businesses and warehouses have been damaged or destroyed, as well as a large number of residential units in disaster areas.

In the wake of the death toll and damage, officials’ reaction has been swift. On March 27, President Hassan Rouhani arrived in Golestan province to personally oversee the disaster relief operations in the two affected northern provinces.

“We witnessed that about 25 out of 31 provinces in the country were involved in incidence of flood in the current year [starting March 21] which is unprecedented,” Rouhani said in his first meeting with cabinet ministers held in the current Iranian calendar year 1398.

“Apparently, this year we are going to have excess rainfall instead of 10 years of drought,” and added that “the measures taken in the past 40 years have had good effects, but they are not enough and we need to take more measures.”

Rouhani urged the government and military to provide the services flood-hit areas need badly. Meanwhile, the Interior Ministry has advised residents to cancel any traveling plans.

The disastrous situation throughout most of the country has coincided with the holiday of Nowruz, celebrating the start of a new year with the emergence of Spring. The Nowruz holiday, which begins on March 21, is considered the high season for travel, as Iranians like to visit family and take vacations.

The flood claimed over 19 lives in Shiraz as the massive downpour doubled the Gorgan River’s stream flow and the water coursed towards the city.

Some experts believe that the vast extent of damage is because of non-standard city development and a disregard for the rules of nature.

Meanwhile, Iran’s First Vice President Eshaq Jahangiri removed the governor of Golestan, Monaf Hashemi, from his post after criticism that he was on a pre-planned foreign trip when the flooding began, Iranian Students’ News Agency reported on March 23.