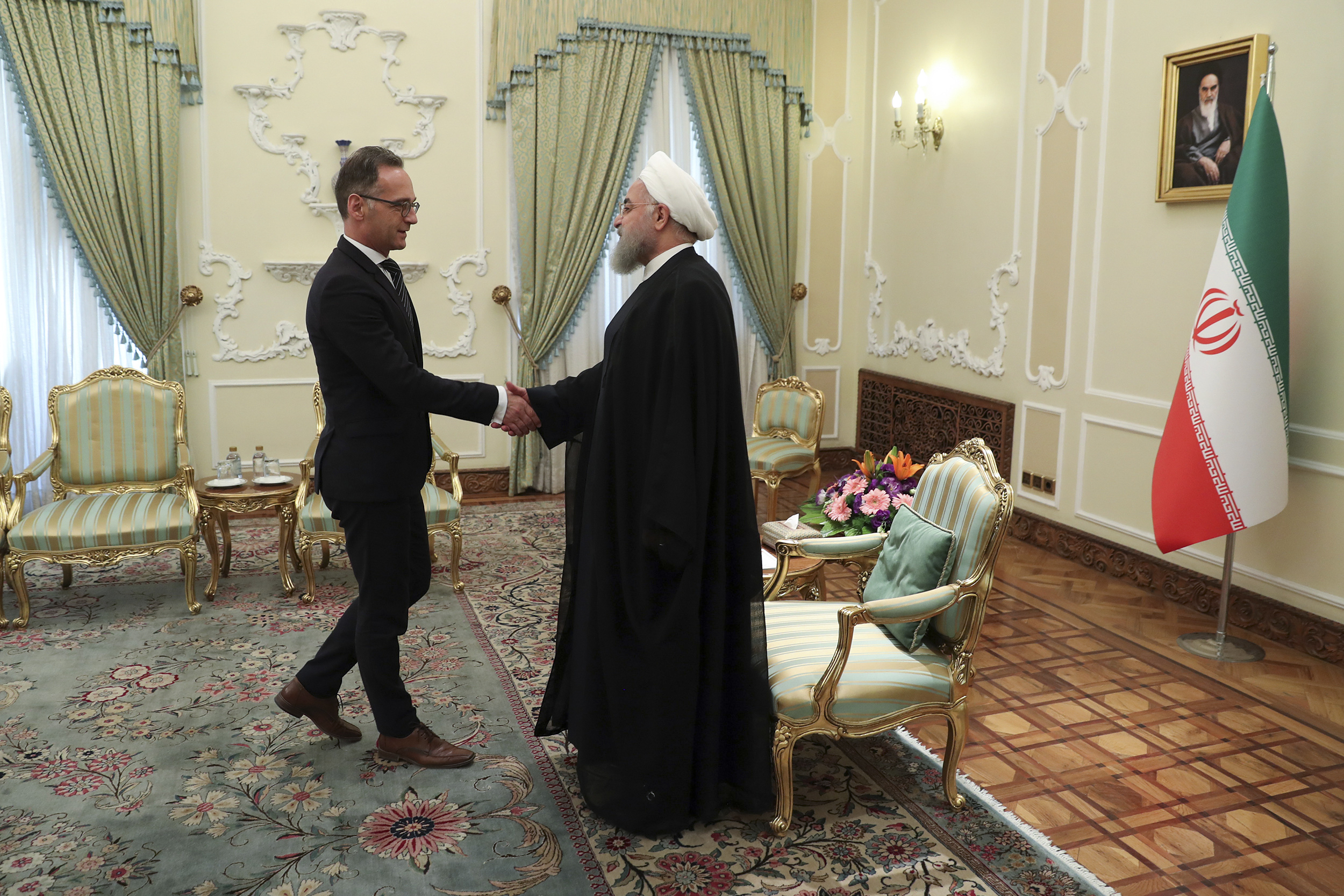 Germany’s Foreign Minister Heiko Maas said the government is trying to salvage the 2015 nuclear deal struck between Iran and Germany plus the five permanent members of the UN Security Council, as tensions escalate between the United States and Iran.

“Germany has many disagreements with the U.S. policies towards Iran, and we are trying to keep cooperating with other European countries, especially France and Britain, to safeguard the nuclear deal and live up to its commitments,” Maas said in a meeting with Iran’s President Hassan Rouhani in Tehran on Monday, according to the Iranian president’s website.

Maas described U.S. President Donald Trump’s unilateral withdrawal from the deal – which is formally called the Joint Comprehensive Plan of Action (JCPOA) – in May 2018 as a “wrong move,” and said that, “we believe that if the JCPOA ends, those who are seeking to escalate tensions in the region will seize the opportunity; therefore, I assure you that Germany is closely cooperating with its European allies to settle the problems and maintain the JCPOA.”

Rouhani urged “Europe to stand up to the United States’ economic terrorism against the Iranian nation,” saying that “with its unilateral withdrawal from the JCPOA, the United States violated the agreement made between seven countries, as well as the resolution of the Security Council, beginning terrorist acts in the region, but unfortunately, we have not seen any responsible, proper reaction by Europe towards the U.S.”

Maas's visit to Tehran is part of European efforts to save the deal with Iran and ease heightened tensions with the United States. After the withdrawal from the deal, the U.S. imposed heavy sanctions on Iran, which went into full effect by November of 2018. Last month Iranian officials announced that Iran would begin enriching uranium if Europe did not come up with new terms for the deal by July 7. Maas is expected to walk Iran back from its July 7 ultimatum for European nations.

On May 8, the U.S. warned European banks, investors and businesses against engaging with the special-purpose vehicle Europe has developed called INSTEX – a European-backed payment channel set up earlier this year by the United Kingdom, France and Germany – to help European businesses sidestep American sanctions and facilitate non-dollar trade with Iran.

Maas will also advocate to allow more time for INSTEX to have an effect. However, even if INSTEX works, Maas cannot force German companies to have business relations with Iran; they still fear being hit by U.S. sanctions in some form.

Due to American sanctions, many European companies and financial institutions have been forced to halt their financial activities with Iran. As a result, the Iranian national currency, the rial, has hit a record low in comparison to the U.S. dollar.