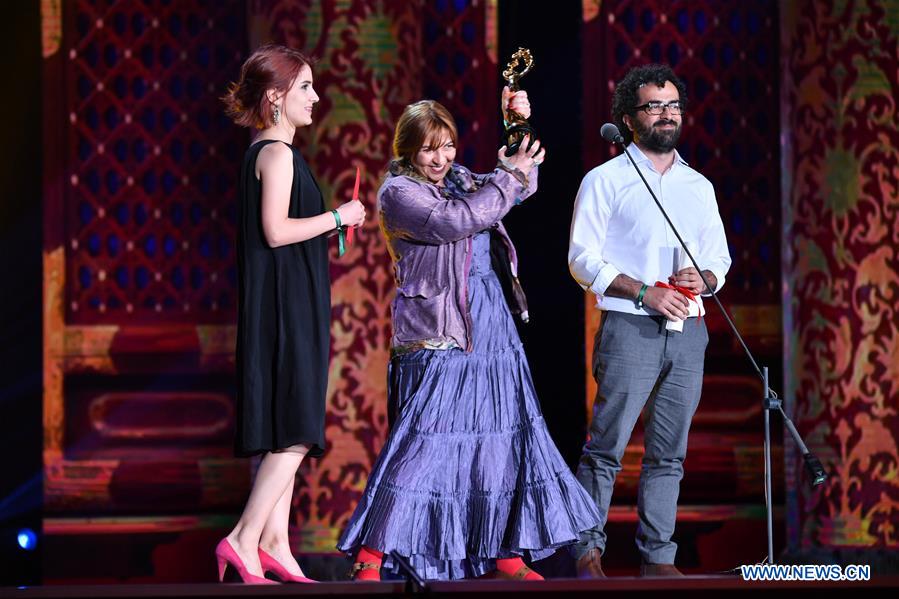 For the work in the film "Luka" actress Lia Kapanadze was named the best supporting actress at the Beijing International Film Festival. / News.Cn

Director Georgy Barabadze’s war drama “Luka” won Best Feature Film. The 2016 production tells the story of a Georgian woman named Lile, who had sent her son Luka to live with her mother-in-law, Nina, in the territory of Abkhazia, along the eastern shore of the Black Sea. Set in 1993 and after Luka is killed in the Georgian-Abkhazian conflict that ravages the region, Lile travels to Abkhazia to claim his body, but is met with resistance.

Rusudan Glurgidze was awarded Best Director for “House of Others,” a story about two families that have physically survived a war but are incapable of building a new life in peace due to internal, human struggles.

This year’s festival, held from April 16-23 in China’s capital city, featured more than 300 events and film screenings in 30 cinemas throughout the city. Fifteen films representing works from 19 countries and regions were shortlisted out of 424 entries from 59 countries and regions for what are known as the Tiantan Awards. The awards panel is chaired by Bille August, a Danish film director and two-time winner of the top Cannes Film Festival award, the Golden Palme d'Or.