Georgia Offers Pathway To Europe For Iranians Suffering From Sanctions 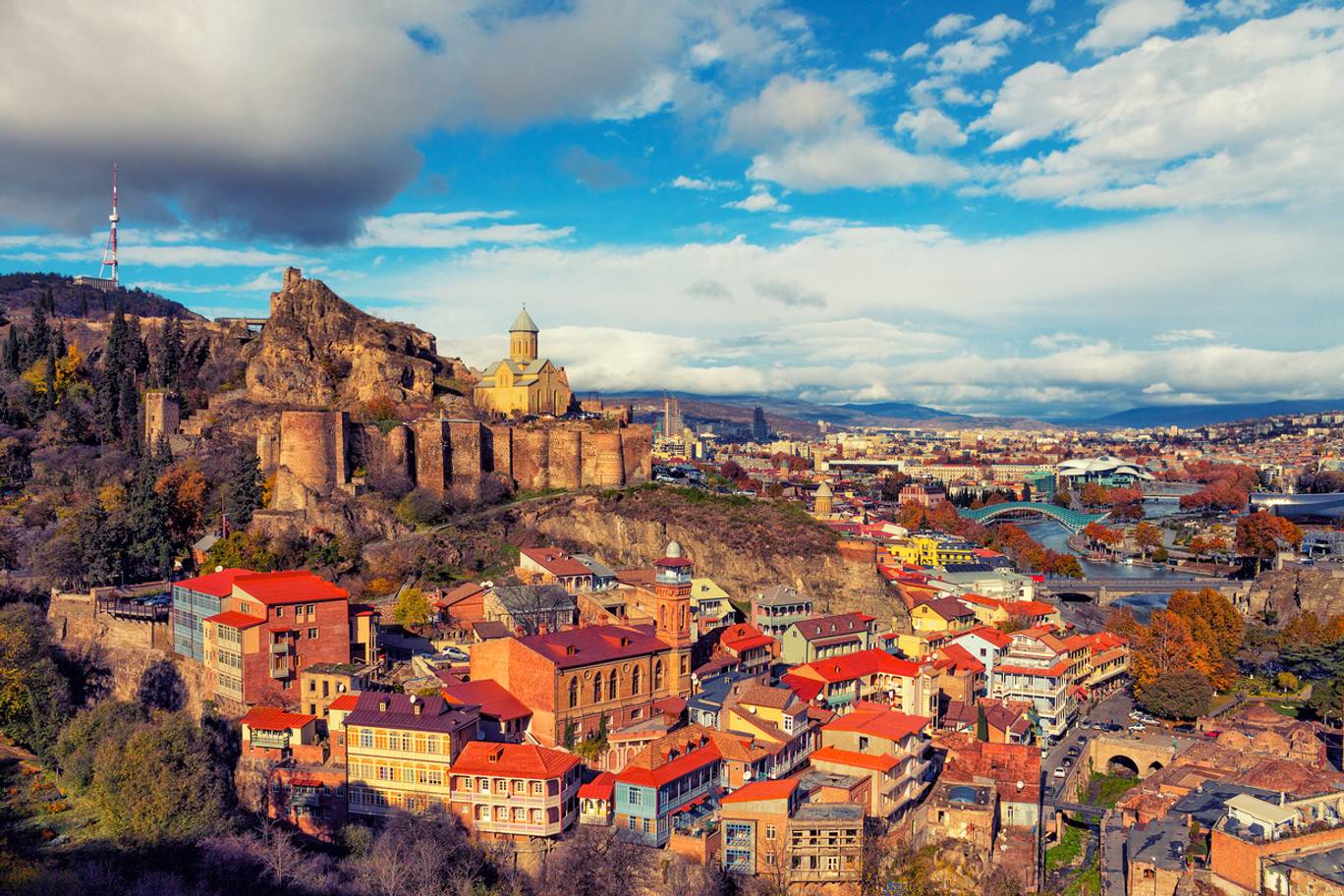 The amount of trade between Iran and Georgia reached $147 million in 2017, and the share of Iranian exports was nearly $84 million. Since Georgia previously offered permanent residency to those who invested in its real estate market, several Iranians purchased apartments and villas in Georgia. / via Getty Images

The number of Iranians migrating to and investing in Georgia, located in the South Caucasus region, has considerably increased as the economic situation in Iran has worsened as a result of new sanctions by the United States. As U.S. sanctions hit ordinary Iranians and decrease their purchasing power, some members of the Iranian middle class are preparing to start a new life in Georgia, where they would not suffer from a dire economic situation or Western embargoes.

"In the past [only] wealthy Iranians made investments in a country like Georgia, but now this is happening among [all classes],” a member of the planning and budget committee of the Iranian parliament Mehrdad Lahouti said, expressing his concerns about Iranians investing in Georgia instead of in their own country. “A few days ago, I went to a dry-cleaning shop and the owner was saying that he had bought a house in Georgia.”

The number of Iranians visiting Georgia has significantly grown since the two countries signed a visa-free travel agreement in February 2016. Georgia, Azerbaijan and Turkey are among countries that have eased visa requirements for Iranians.

In March 2017, Georgians were granted visa-free travel to Schengen Area member states. This has increased the expectation that by 2020, the country can join the Schengen Area, thus allowing the country’s nationals — as well as its residents — to travel, work and settle in European countries.

While this is only applicable to holders of a Georgian passport, many Iranian immigration consultants assure Iranians that it is easy to obtain Georgian nationality once they have a permanent residency permit. Tehran-based companies that help Iranians get residency in Georgia report that the permit requests have increased.

“323,000 Iranians have visited Georgia in the last 12 months, and this may increase to one million in the next year,” Iran’s Ambassador to Georgia, Javad Ghavamshahidi, told Iran’s Asriran news website on August 24.

The devaluation of the Iranian currency, the rial, as well as the rising cost of living has led to the economic slowdown during the past year. On August 7, U.S. President Donald Trump imposed the first package of sanctions against Iran since announcing in May that he would pull the U.S. out from the Joint Comprehensive Plan of Action, better known as the nuclear deal. These targeted Iran’s automobile sector, trade in gold and precious metals, the purchase of U.S. dollars, as well as transactions involving its national currency. Meanwhile, all remaining sanctions related to the energy sector and oil exports, and transactions by foreign financial institutions with the Central Bank of Iran, will go into effect in November.

According to the International Monetary Fund’s predictions, Georgia’s real GDP growth would hit 4.5 percent with an inflation rate of 3.6 percent over the current year. With an estimated population of 4.3 million the country is expected to see a GDP volume of $16.14 billion over the current year.

“Having a look at the economic indexes, it becomes clear that due to its proper GDP growth as well as its controlled inflation rate and eased bureaucratic process, Georgia has won the trust of a number of Iranians. However, the low volume of economy and the small size of population pose a possible risk to those who are looking for reaping benefits from the country’s domestic market,” Farhad Daneshvar, an economic expert and co-founder of AzerInvest Consulting Group, told Caspian News.

Georgia’s First Vice Prime Minister, who also serves as Minister of Economy and Sustainable Development, Dimitry Kumsishvili, told Iran’s Foreign Minister, Mohammad Javad Zarif, on May 7 while visiting Tehran that “there are numerous economic opportunities in Georgia which can have Iranian companies’ contribution as Georgian officials welcome Iran’s presence in their country”, Mehr reported.

The amount of trade between Iran and Georgia reached $147 million in 2017, and the share of Iranian exports was nearly $84 million. Since Georgia previously offered permanent residency to those who invested in its real estate market, several Iranians purchased apartments and villas in Georgia.