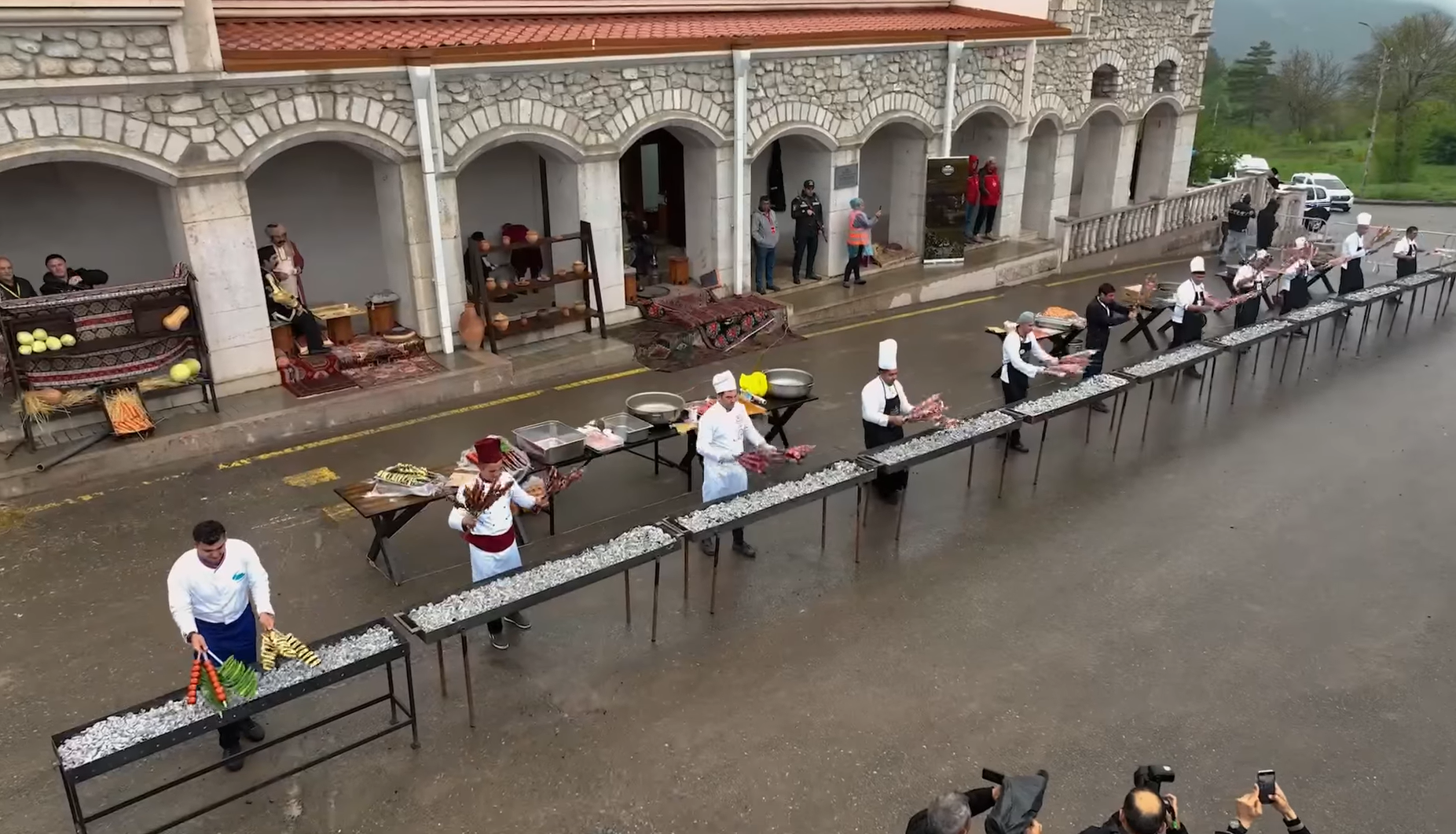 The four-day event co-organized by the Heydar Aliyev Foundation and the State Tourism Agency of Azerbaijan brought together culinary specialists from around the world. The festival became the first of its kind hosted by Shusha after its liberation from Armenian occupation in 2020.

The festival also featured material and spiritual values of different countries in addition to a gastronomy extravaganza. The pavilions installed in the original architectural style of each country along Shusha’s main street greeted the guests with national music and fragments of famous works from the participating countries. In addition, the cultural heroes of these countries presented peculiar performances.

The closing day of the 1st Shusha Culinary Festival featured performances of Azerbaijani national music and a demonstration of scenes from local plays and films.

The gastronomy festival in Shusha will be followed by the 2nd “Khary Bulbul” International Folklore Festival with musicians from ten countries among attendees. The first edition of the music gala in the liberated Shusha was held on May 12-13 last year.

The city is also scheduled to host the traditional “Vagif Poetry Days.”

In April 2022, the Azerbaijani Diaspora from around the world gathered in Shusha for the Fifth Congress of World Azerbaijanis. In March of this year, the city took in a top-level meeting between the delegations of Azerbaijan and the United Nations.

The cultural heritage of Azerbaijan returned to Shusha after nearly three decades of the Armenian occupation. The Azerbaijani army restored Azerbaijan’s sovereignty over the city of Shusha on November 8, 2020, during a 44-day-long counter-offensive operation from September 27 through November 9, 2020.

Currently, the city is being restored in a massive state-sponsored reconstruction campaign. Shusha is expected to regain its original historical appearance and be back to its previous fame as the cultural hub of Azerbaijan.