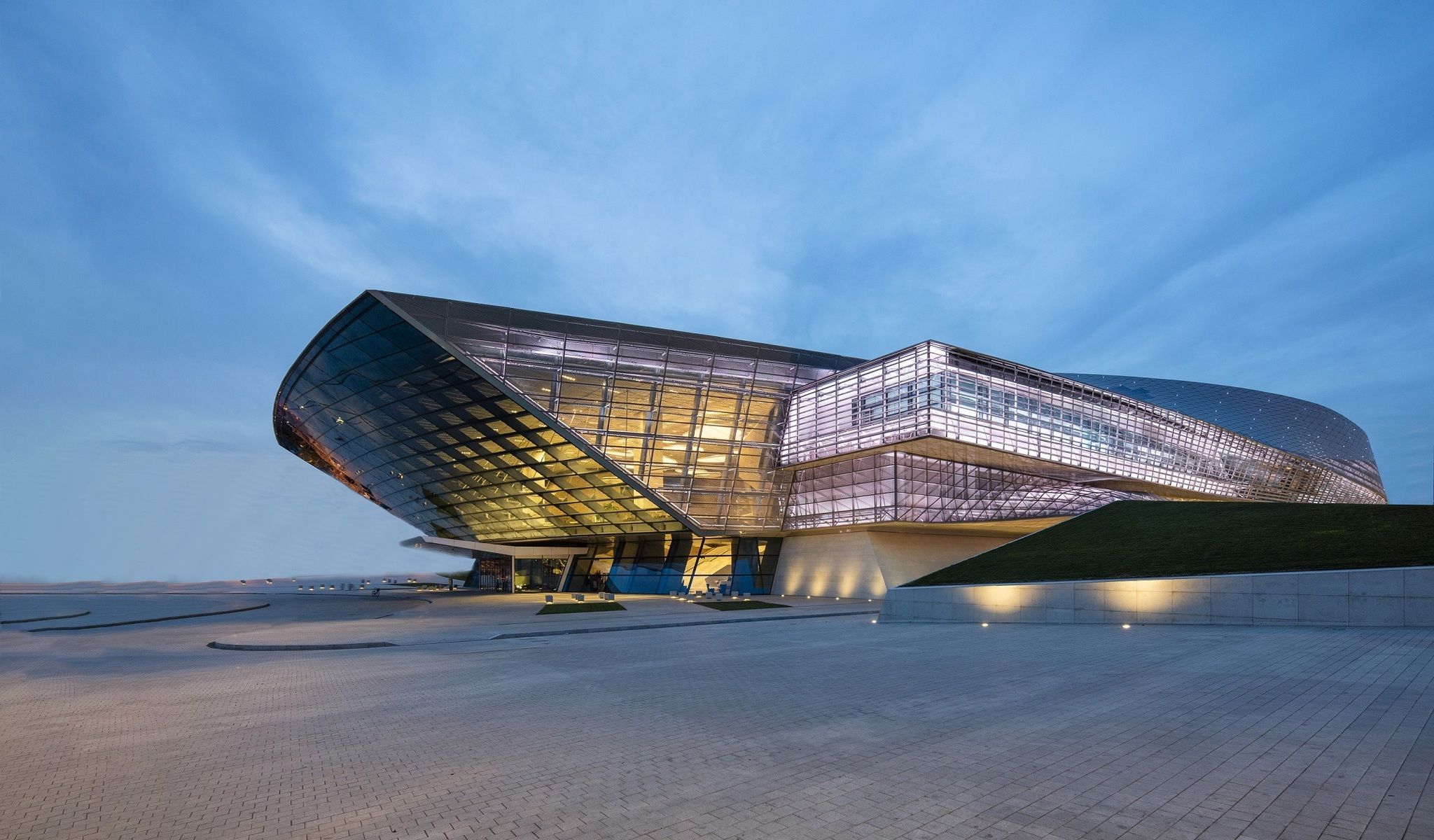 Located on a 46,000 square-meter area, the Baku Convention Center is an ultra-modern platform offering the highest international standards for organizing various events. / Bakuconventioncenter.Com

An ultra-modern conference hall in Azerbaijan, the Baku Convention Center received a gold grade from the Kongres Magazine, New Europe’s meetings industry magazine. The building came in as the second-best of its kind in a winners list announced on Tuesday.

As of today, the Kongres Magazine evaluated a total of 472 hotels and 41 congress centers.

The Kongres Magazine’s Meetings Star is a distinguished trademark within the meetings industry to offer an evaluation based on comprehensive criteria and standards. The award winners are determined by an algorithm known as Hidden Congress Guest, which is based on reviews and ratings for the services of individual venues.

The Baku Convention Center, the largest of its kind in the Caucasus, received the highest 5.00 score in multiple entries, including the overall impression at arrival, quality in conference space, conference inventory, lighting, and multimedia system, as well as the access to power and com lines, safety, security, and emergency.

Located on a 46,000 square-meter area, the Baku Convention Center is an ultra-modern platform offering the highest international standards for organizing various events such as congresses, conferences, seminars, business meetings, concerts, and other events. Designed by Austria’s famous architectural bureau Coop Himmelblau, the center has 17 adaptable conference rooms with a combined capacity of 2,500 people and a 3,500-seat main hall. Additional rooms for meetings and workshops open up a comfort line for the meetings industry gatherings.

The center is a full-fledged member of the International Congress and Convention Association (ICCA) since 2019. It is also a part of the Mediterranean Chapter, as well as the Venues Sector of ICCA.