Frosty Russian-NATO Relations May Experience A Thaw In Baku 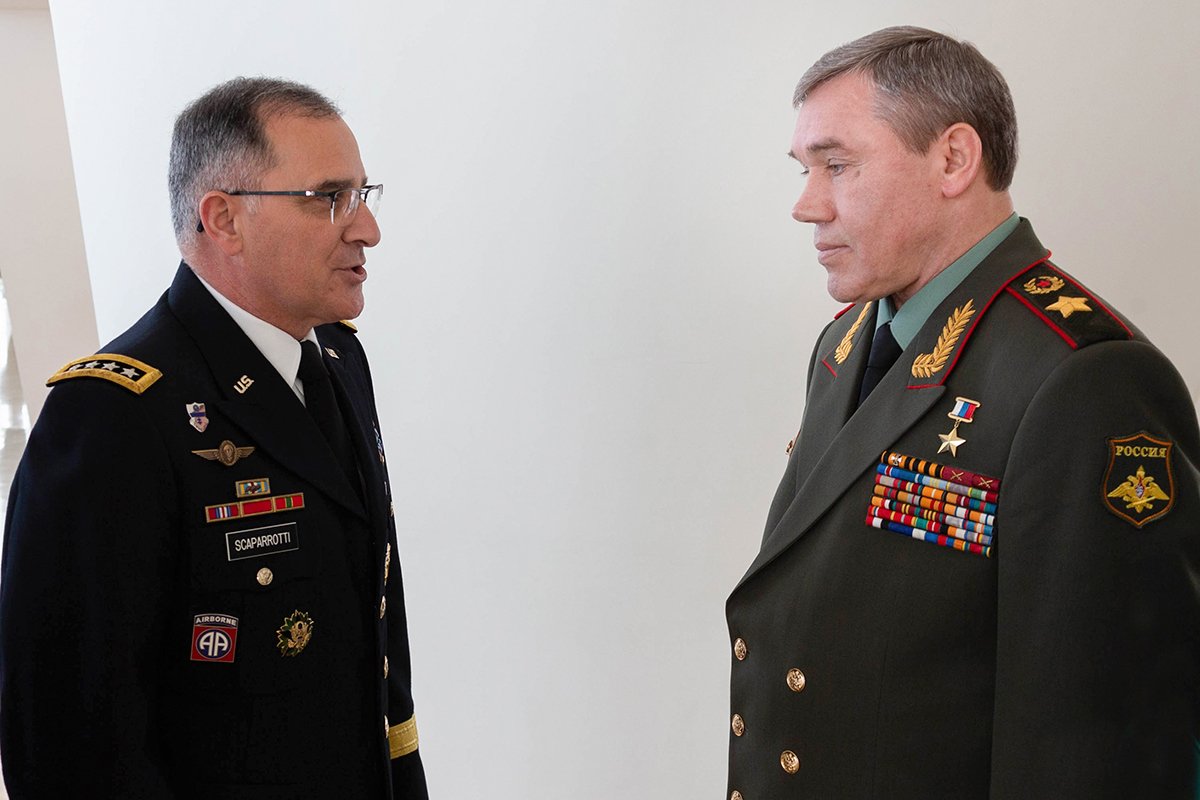 Baku will soon be the epicenter of the next round of discussions between the top military brass from Russia and NATO.

“This week, presumably on February 6-7, negotiations are planned between the Chief of the General Staff of the Armed Forces of Russia, First Deputy Minister of Defense General of the Army Valery Gerasimov and the Commander-in-Chief of the Joint Armed Forces of NATO in Europe, American General Tod Walters,” RIA Novosti reported on Sunday, referring to the news it acquired from an undisclosed diplomatic source.

The last meeting of its kind held in Baku was between Gerasimov and the Chief of Military Committee of NATO, Stuart Peach, on November 26. Discussions then were centered on measures to prevent incidents along the Russia-NATO borders, and the prospects of a resumption of dialogue between military experts from both sides.

Tensions between Russia and NATO flared up due to the Ukraine crisis in 2014, leading to a deterioration of contacts between the two. Baku was subsequently identified as neutral ground for discussions, which are aimed at easing tensions. The first top-level meeting in Azerbaijan’s capital city took place in February 2017, when General Gerasimov met with Joseph Dunford, then U.S. Chairman of the Joint Chiefs of Staff.

NATO accuses Russia of military intervention and annexation of Crimea in Ukraine in 2014. It was then followed by anti-government riots by separatists in the country’s eastern regions of Donetsk and Lugansk. The crisis eventually destabilized the Donbas region of Ukraine. Russian military drills held in April 2018 in the Baltic Sea near the Karlskrona Naval Base in Sweden, a NATO ally, caused serious concerns in Brussels. NATO interpreted the drills as a threat to three of its member states, namely Latvia, Lithuania and Estonia.

Russia, in turn, blames NATO for refusing what it says would be a substantial dialogue with Russia, instead of isolating Russia and, according to the Kremlin, preparing an attack on Moscow. Russian officials are also concerned about the bloc’s enlargement in the Balkans.

Amidst accusations, however, Azerbaijan has proven to be a neutral player that could help the two sides find common ground. Karim Soltanov, a political analyst in Baku, says the city’s selection as a venue for ongoing talks is due to mutual trust in the government there.

“The sides are seeking now the ways to solve and undo a very big complex of problems in their attitudes towards each other,” Soltanov told Caspian News. “NATO is interested in the expansion of its composition. At the same time, Russia is confronting this idea and the goal of NATO, considering and accepting this as a direct threat to its own interests and sovereignty.”

“The main result that could be achieved during the Baku meeting could be the further commitment of NATO and Russia to solve all problems between them peacefully not using any power here,” Soltanov explained.

“I have to say that the sides are too away from solving all political problems between them. And even now if some NATO members including Turkey, France and Germany want to improve relationships with Russia, it will utterly be impossible to do this via NATO. They can do and they do this separately, not via NATO - independently from this political and military structure.”