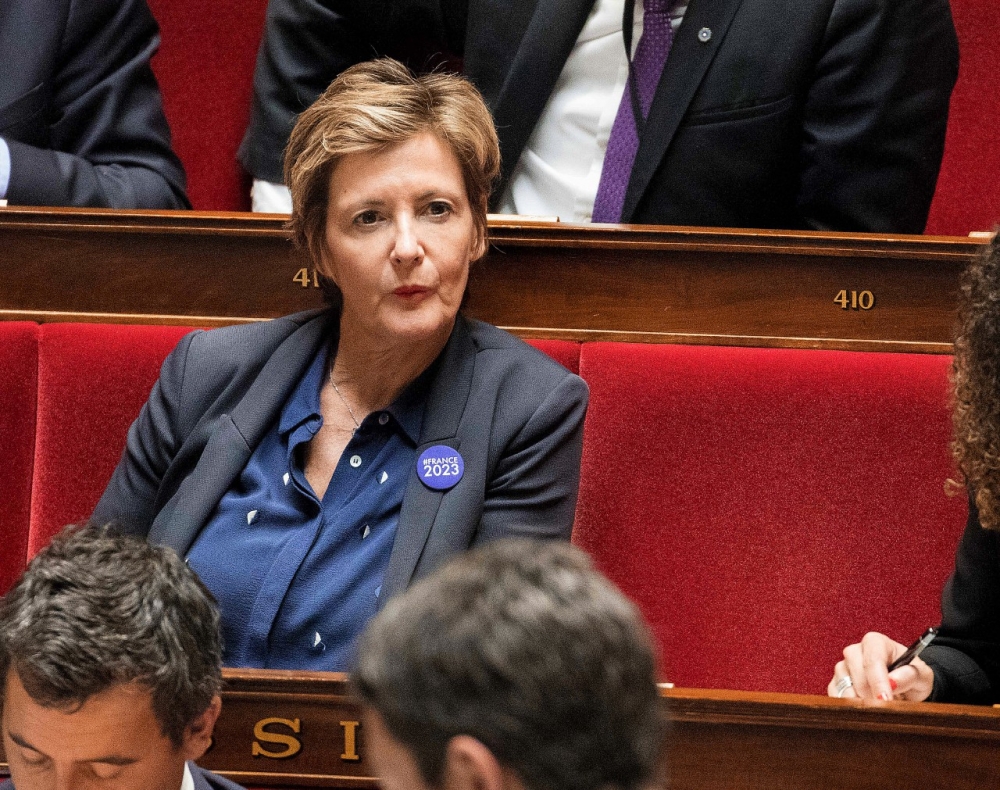 Following the recent mine explosion that killed two Azerbaijani journalists in Azerbaijan’s liberated district of Kalbajar, a member of the French parliament, Frédérique Dumas said there should be international pressure on Armenia to hand over the minefield maps.

“France and the international community must demand Armenia to provide the maps of the location of the mines in the territories where they have been laid,” Dumas said in a Tweet, tagging French President Emmanuel Macron in the same post.

Dumas’s remarks came after a fatal mine explosion that blew up a bus carrying Azerbaijani media representatives and government officials to one of the villages of Kalbajar on June 4. As a result, an operator of Azerbaijan’s state-owned Azerbaijan Television and a reporter of the state-run Azertag information agency, as well as an official from the district’s executive power died on the spot. Four others were hospitalized following the accident.

Azerbaijani authorities have immediately released statements to urge Armenia to hand over the maps of the areas where the landmines are located. The country’s Foreign Ministry described the event as part of the deliberate landmine planting activities of the Armenian forces in Kalbajar during the forced withdrawal after the counter-offensive operations of the Armed Forces of Azerbaijan last year.

Armenia and Azerbaijan fought a bloody war in the latter’s Karabakh (Garabagh) region over 44 days from September 27 through November 9 last year. The war broke out after Armenian forces deployed in the once occupied Azerbaijani lands started shelling the Azerbaijani military posts and civilian settlements on September 27. The Azerbaijani army launched immediate counter-attack operations to push back the offensive. Relocation of the personnel and equipment to the battlefield by both sides transformed the clashes into the largest war between Armenia and Azerbaijan since the 1994 ceasefire.

The war ended in a Russian-brokered ceasefire agreement on November 10. Before that Azerbaijani forces liberated over 300 settlements, including five cities from Armenia’s decades-long illegal occupation. Armenia also returned the districts of Aghdam, Kalbajar, and Lachin to Azerbaijan under the obligations it took as part of the ceasefire deal.

Azerbaijan launched a campaign to rebuild damaged areas, including intensive demining operations in the liberated lands shortly after the war. International expertise and cutting-edge equipment from Turkey and Great Britain have been deployed for mine clearance operations.

Demining operations, however, have faced many challenges due to Armenia’s refusal to hand over the maps of the areas contaminated by landmines. Since the ceasefire agreement, Armenian authorities have been refusing to give the maps or share any information that could help Azerbaijan facilitate the operations. Azerbaijan’s lands have been mined heavily during their nearly 30-year-long occupation by Armenia since the early 1990s. Azerbaijani authorities are convinced that the maps could help find and neutralize at least one million mines in the liberated territories of the country.

Since the end of hostilities in Azerbaijan’s Karabakh region, the anti-personnel and anti-tank mines planted by Armenians have killed or injured more than 140 Azerbaijani nationals. These figures continue to increase despite efforts to clear over 35,000 mines from nearly 100 million square meters in the liberated territories in nearly seven months since the end of the hostilities.

Council of Europe Commissioner for Human Rights, Dunja Mijatovic said the most recent explosion of a landmine that killed three Azerbaijanis, including two journalists, and wounded several others in Kalbajar proves that there is an urgent need to demine the areas affected by the conflict in the Karabakh region, including through international cooperation.

Official data suggests that the threats posed by Armenian landmines could last for several years if the maps are not disclosed.

Officials at the Azerbaijan National Agency for Mine Action (ANAMA) say the neutralization of unexploded ammunition, warheads, and missiles in the combat zones could take 5-6 years, while it is about 10-13 years for the mined areas.